What makes the best Crowdfunding videos the best, and how do you go about creating a cinematographic masterpiece for your crowdfunding campaign? I get a lot of questions about crowdfunding videos and what they should look like, and I’m constantly fielding requests to comment on videos people create for their campaigns. So, to save my inbox from the onslaught (and help out those who are too shy to ask), I thought it was high time I wrote an article on the results of my research of 206 successful crowdfunding campaigns.

You don’t need to be a crowdfunding genius to work out that video is an important element of your campaign. In fact, it’s probably the most important. Showing is always far more effective than telling — and a film is much easier to click on than a lengthy paragraph is to read — so if you can afford to, hire a professional.

If money’s tight and you need to shoot your video yourself, then it’s time to enlist the help of someone with an iPhone or iPad. Don’t despair! It might sound low budget, but you can shoot a good quality video with either, in fact, if they’d been around in the 70’s George Lucas might have used one and Star Wars would have looked very different (dash cam on the Millennium Falcon, anyone?).

Creating anything new is an incredibly personal experience. People like people (mostly), so make sure your video tells your story. The story behind who you are as a creator and why you started your mission. Honesty enables your backers to fall in love with your story, play a role in it and get behind your campaign. I feel like it’s all I ever say but…people fund people, not ideas, missions or projects. You have to be likable, or backers won’t hand over their money.

We want to get information about your idea quickly, not devote a whole afternoon to it. The best Kickstarter videos are all under three minutes, so follow their example and keep it short!

When it comes to crowdfunding videos, there are tons of ‘listicles’ (articles that take the form of lists) out there parroting rule after rule after rule. Ignore them. In my experience, the most successful videos on Kickstarter follow a similar structure.

•         Problem: Discuss (briefly!) what problem you are trying to solve, and why your contemporaries haven’t managed it yet.

•         Solution: This is the part where you talk about your motivation — and a little about your product. Viewers want to know why you decided to solve the problem and how your solution will help them (people might like people, but they also like products that make life easier).

•         Team: Introduce your team. They should come across as capable and professional, people you’d trust with your hard earned cash.

•         Technology: How are you going to solve your problem and what technology are you going to use? Remember what I said about honesty? Yep, well this is the part where you make your plans transparent, just not too techy.

•         Outcomes:  Now you can really talk about your product! Introduce backers to the final design.

•         Call to Action: Don’t let your crowdfunding video fizzle out. Capitalize on all the interest you’ve built up during your video and end on a call to action — something that encourages potential backers to act straight away. Try to make them feel like part of your team, an integral member who’s instrumental to its success. 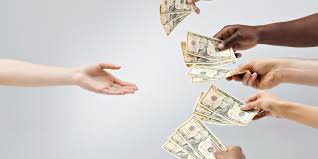 You want to inspire your audience. Avoid asking directly for ‘help’ or ‘donations,’ instead ask them to contribute, to become a partner. Together, you can make something spectacular.

Consider the splash
The front page of your video (the bit backers see before they click play) is called the splash, and it’s important. Make sure the first frame of your video is an image that will encourage a click. Expressive, beautiful, mysterious and (unsurprisingly) sexy are the big winners in this game.

Choose music to inspire
I don’t care how good your idea, video or product is, if you introduce it to me over the dulcet tones of heavy metal, I’m not going to invest.

All the best crowdfunding videos have background music that has spirit and leaves an impression (although I should point out they don’t dominate the finished video). A quick search for ‘inspirational music’ on marmosetmusic.com is usually all it takes to find the perfect track.

Analyzing One of My favorite Kickstarter videos: Elevation Dock for iPhone

Now, I would generally advise people to stick to the structure above. However, some campaigns (and campaigners) are built to break the mold. Here’s a quick breakdown of my favorite Kickstarter video.
https://www.youtube.com/watch?v=Xg9xgSLfz2A 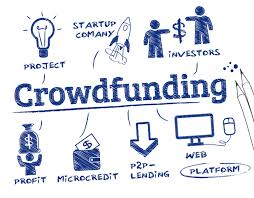 1. Problem
So all those things I said about sticking to the rules? Yep, Casey broke some. His video started with a simple and effective explanation of the problem. In fact, he devoted a whole 27 seconds to demonstrating just how widespread a problem it is, showing us a ton of poorly designed iPhone docks. He knows a huge proportion of his audience will sympathize with his experience, and he’s compelling them to keep watching. You’ll also notice these first 27 seconds are accompanied by a somewhat anxious backing track — fast, shrill notes building to a climax.

2. Solution
The 28th second, that’s where it all changes. That shrill music gives way to inspiring, deliberate beats; the camera pans confidently around a new dock, and it’s almost a relief to see the iPhone sitting snugly having spent half a minute watching it jumping all over the place. The atmosphere change gives the new dock the real ‘wow’ factor. Gone is the hand clumsily disconnecting the phone from the docks, now the iPhone is removed in one swift, confident motion.

3. Introduction
In my defense, I said early on that he did it all wrong (except that, in this context, it was right). Now comes the introduction, the personal element. Casey underlines why he decided to create this product, and it’s a reason that will resonate with everyone who’s kept watching up until this point — frustration. Then he jumps to…

4. Expected Outcome
Now Casey shows us what he hopes to achieve and the features his product will incorporate. He highlights why his product is different from his competitors and he makes it obvious that he has the solution to a problem many people are experiencing.

5. Team
There was no team in this video. Casey was the frontman (never an easy job), but he does talk about ‘we,’ so we the audience know there’s a team working behind the scenes.

6. Technology
Casey  tells us what technology and materials he will use to produce the dock and then we get to see him in a factory. We’re building a picture of him as a capable guy who’s happy to get his hands dirty. In short, we’re starting to trust that he knows what he’s doing. And just in case we weren’t? He highlights the quality of his product by letting us know that this is the same technology Apple uses. Clever, since Apple fans are a) his target market and b) love absolutely anything related to the brand.

7. Outcome
Now, the real outcome. We get a nice succinct description of the new dock and its features, a refresher on why it’s head and shoulders above the competition (cue frustrated, jittering hand once again popping into shot to emphasize the problem). Oh, and a nice little name drop because ‘Jeff thinks it’s great’ (Jeff’s the VP of Apple, for those of you who didn’t know).

8. Call to action
Casey finishes his work, washes his hands (because that’s what a guy you can trust would do) and then tells us how excited he is. He’s trying to kinder a similar excitement in his audience. If he succeeds, we’re that much more likely to help him out.
Just to emphasize how Apple friendly the new dock is, the video ends with a demonstration of how well the dock works with other Apple products — because what self-respecting Apple enthusiast owns only an iPhone? 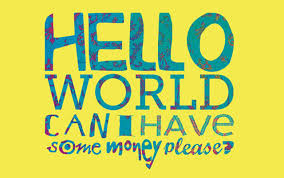 So what’s the reason why I love this Kickstarter campaign video so much? Because Casey knows his audience. He’s targeting Apple owners exclusively, and he’s made sure to mirror that brand’s established video presentation style. He’s evoking similar feelings in his audience as they’d experience watching Apple unveil its latest product.

Oh, and he raised $25,000 in the first two hours after launch. By the time his campaign closed, a total of 12,500 people had chosen to back the Elevation dock, and Casey and his film raised a cool $1.5 million in the process.

Which is why I think Casey and his team deserve the accolade for Best Kickstarter Video, but the crowdfunding world moves quickly. Who’s to say that, in a few short months, I won’t be sitting here writing an article about that brilliant video you’ve just made? After all, success has a formula — you only need to discover it.