Clifford Beal is a former international journalist and the author of Gideon’s Angel  and The Raven’s Banquet by Solaris Books. Following a swashbuckling past where he trained in 16th -17th century rapier combat, he now leads a more sedentary life but daydreams of returning to fighting trim. When not imbibing endless mugs of tea and writing, he can usually be found imbibing endless mugs of tea and reading. Originally from Providence, Rhode Island, he lives in Surrey, England with a fiery redhead of a wife and a crazed Boston terrier named Buzz.

Tell us a bit about the book - what was its genesis and how long did it take to write?

CB:  I’d been casting around for a while trying to come up with an idea for an epic fantasy after taking a break from historical fiction. I came across this 19th century ceramic plate, faux renaissance, that had a scene with a large carrack surrounded by sea monsters and mermen riding dolphins. How would humankind and merfolk interact? It gave me the kernel of an idea for a secondary world similar to our own 15th century Mediterranean world but populated by exotic and mythological creatures including merfolk. The plot follows several character arcs: a pirate princeling who’s inherited his fleet and who has jealous enemies lurking; a young monk who’s not terribly dedicated but blunders into an underground discovery that will rock the religion of the kingdom to its foundations; and a Mer princess who is more than curious about the affairs of men and determined to reintegrate her people into Valdur from self-imposed exile. The book took form rather intuitively and took me about 10 months to write.

This is your first secondary world novel, what did you find good and bad about that?

CB:  It hits you very early on, say compared with writing historical fiction, that now you have to make up virtually everything. And when you start world-building, questions beg more questions. It was challenging. Equally, it sets you free from the confines of a known timeline and that gives you ultimate freedom.

CB: Merfolk were a great artistic theme of the middle ages and renaissance, used in verse and painting and decoration. In keeping with my idea to write an epic fantasy that might resonate with our own renaissance period, I felt that merfolk would be a great race to introduce into the plot. Differences in physicality, culture, language, emotions really give scope for dramatic interactions with human characters. 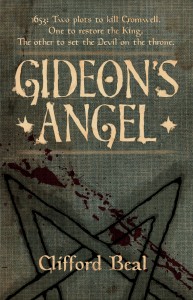 Do you sail? Did you do a lot of research?

CB: I have sailed but would hardly call myself a sailor. But I did research into sailing vessels of the 15th and 16th centuries to get a sense of how the vessels of the era handled. I also had devoured all the Patrick O’Brian Captain Aubrey books over the past decade so that helped too as well as the research I did on my first book, Quelch’s Gold. Apart from nautical research, my many years of medieval sword-fighting in full armour helped tremendously for getting some accurate feel injected into the fight scenes and battles. 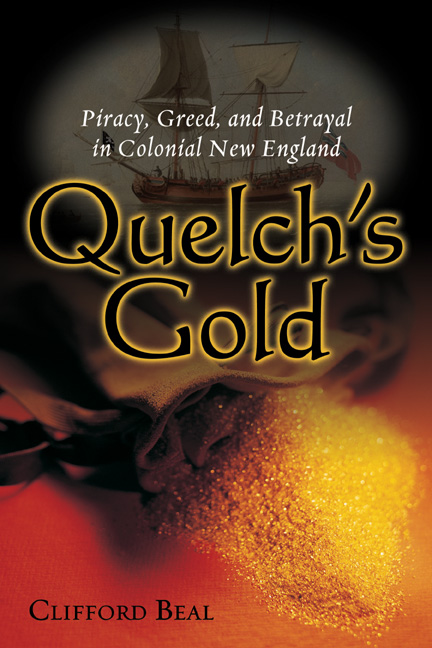 Which character in the book do you most identify with and why?

CB:  I’d say it is Captain Julianus Strykar, a mercenary officer of the Company of the Black Rose. Middle-aged, a bit world-weary and definitely very jaded but ultimately, with his heart in the right place. He was probably the easiest character to write for me because he’s closer to my own age and because I’ve slung a sword (albeit non-lethal).

Considering that they were probably very bad in real life, what's the enduring appeal of pirates as characters?

CB: Pirates have no doubt been romanticized in the last 100 years. They’ve become an archetype that symbolizes freedom from authority, notions of  the equality for all (including gender and race), and an adventurous spirit. But many were outright killers particularly when the English crown began to adopt a shoot-on-sight policy towards piracy. In Valdur, pirates and corsairs are fairly amoral—like most of its denizens. My main character, Nicolo Danamis, is actually a pirate lord turned king’s man who’s providing the muscle of the royal fleet. 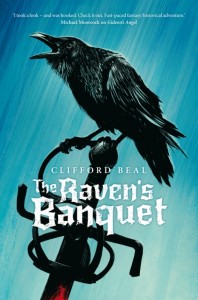 Tell us about the worldbuilding - how did you tackle it? Did you draw a big map and fill it in like an encyclopedia?

CB: Most authors have their own philosophy about “world-building”. I sort of follow Mike Moorcock’s creed on that when he once said, “I don’t need to know the GDP of Melnibone”. That could be apocryphal but it resonates with my own attitudes. I try to let my characters define their world rather than building it first and having them populate it. Some secondary world fantasies get bogged down in such detail that it detracts from the plot and dramatic impetus. I just set a few parameters: that it’s a vast island, subtropical climate, late medieval/renaissance technology and let it develop from there. Actually, geographically speaking, Valdur is a larger version of Madeira!

Jonathan Oliver (editor in chief at Solaris) says that it has some of the most thrilling battle scenes in fantasy - how do you approach writing a battle scene - do you sketch it out first?

CB: Well, I’m overwhelmed by Jon’s compliment. I can say that I think the key to a good battle scene is keeping it tightly focussed. Not a panoramic birds-eye view (which can be detached and emotionless) but instead the viewpoint from the combatants themselves. It can shift around from one to another but the key to imagining a medieval battle is the sheer chaos and lack of awareness beyond one’s own line of sight. That’s best conveyed through a character’s eyes. I do sometimes map out the flow of a battle I’ve conceived to make sure it’s consistent but never in any detail until I actually set out to write the scene.

Which bit of the book are you most proud of?

CB:  I have to say I have a real fondness for writing villains. It’s just such fun. And my Lucinda della Rovera is one tough lady. There are one or two other nasties in the book but she’s my favourite: cool, calm, and deadly.

In one sentence what is your best piece of advice for beginning writers?