125 books read of which 14 were unfinished (up on the 94 read in 2014, evidence also of the fact that novel number two has not finished being written in 2015, whereas novel number one was written in 2014) - I generally know within 50 pages (sometimes less) if I'm going to finish a book. Sometimes they are unfinished because they are bad, but most often it's because it's just not the right book at that time and a few will be added back to the TBR pile to come back round in a year or two.

There were 27 Brilliant rated books (11 of which was the Unwritten series by Mike Carey) these are:

The Unwritten Series (volume 1-11) - individually perhaps one or two of them wouldn't have made it to the Brilliant list but most are superlative storytelling and overall this is a very satisfying series and one I'd highly recommend to book lovers.

This is a classic, and rightly so. If you are at all interested in comics you should read this.

In HULK CAPITALS or wimpy Bruce Banner lowercase this is well worth reading if you are at all interested in films and how they should be written. You can check out Hulk's website here & he writes reviews here

This was a review copy and is an epic noir poem riffing off Dante - it didn't sound like it would work. It was brilliant. Unsung Stories are also a very nice little publisher.

This was a raw experience and a very interesting reading journey into mental health issues.

Boy Robert Jackson Bennett can write, that makes me green with envy...

I think you have to be in the right mood for this book, luckily I was

I did say he could write. Check him out.

Could possibly be a little too pretentious on the philosophy but fascinating nonetheless, and with great photographs

Really interesting examination of what it would be like if animals could not only think, but communicate too

What is the true cost of building a dirt cheap toaster?

This is just brilliant. Read it. That is all.

This is a monster of a book. Every page crammed with interesting facts and insights. If you are at all interested in the built environment then you should check this out.

A man is arrested and consigned to a mental institute as a method for the police to avoid their paperwork. His institutionalisation is the subject of this amazing book.

I read 16 books by women. That's still shockingly low! Must do better than 12% next year - I hope to double that and read 25% 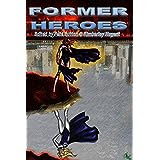 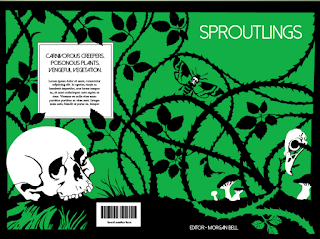 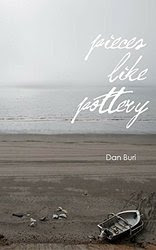 And I finished Imaginary cities - wow, what can I say - this is one of the richest books I've read in a long time - it's so incredibly chewy though because every page you think - I don't know about that person, or that building, or that book, film, play, thing and spend half the time when you should be reading getting lost down a rabbithole of references. It took the author 15 years to write the book and I was lucky enough to meet him at the Future Cities festival in Bristol where I got to have a bit of a chat with him. Although I was only about a third of the way through at that point...

Reading this is a very rich experience and I have no hesitation in giving it 5 stars, even if it did take me about a month to read! (only because you can only read it in little gulps and take time to digest each magnificent morsel)

Guest post - James Roberts - To PC or not to PC that is the question? 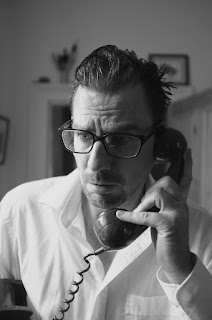 James Roberts is a forty-something writer and self-proclaimed fool who currently resides in the remoter outreaches of the Highlands of Scotland. His debut novel, Pardon Me: A Victorian Farce, has been described (by himself) as one of the funniest books ever written in the English language. To see just how wrong he is please visit http://www.jamesroberts.scot

and the Future Cities festival

But truth be told I am lacking motivation at the moment. I feel like hibernating. I have Forever Hungry to edit, a story to write for Refuge (An Australian horror anthology for charity) and my monthly "Tales for the Ferryman" for Far Horizons. As well as a story for the aforementioned Talking Tales.

I am suffering a massive attack of sloth.

Hope to back, fighting fit, soon - I have too much to do to give in to this ennui!