Shadows of the Oak cover reveal

Among trees, it is understood that the Oak is King. He stands tall, his branches reaching sure and strong into the sunlight. His noble bearing is proud, and he suffers no fools. He offers shade and shelter to those who need it, and he holds firm against the might of the wind for the safety and comfort of his lesser brothers.
But he who casts too deep a shade – who will not bend to allow the light to touch those who shelter beneath his might – should beware. For in the darkness, under cover of fallen leaf and decaying branch, feeding on the damp, dank earth that is their lot, the mould, the rot and the fungi grow and fester. From beneath the splendour of widespread bough and far-reaching root, the weak and wicked wield their own power – a power which devours from below, slow and insidious.
The Oak who does not share the light knows nothing of this dark threat . . . until the very moment he is toppled.
The long-anticipated follow-up to our first fairy tale collection, Willow, Weep No More, is finally on its way, and now it’s time for the new cover to be revealed. In another beautifully detailed original illustration, artist Līga Kļaviņa shows us the reverse view of Willow’s cover and we catch a glimpse of the dark deeds that go on in the Shadows of the Oak.
Are you ready? Scroll down . . .
. . .
. . .
. . .
. . .
. . .
. . .
. . . 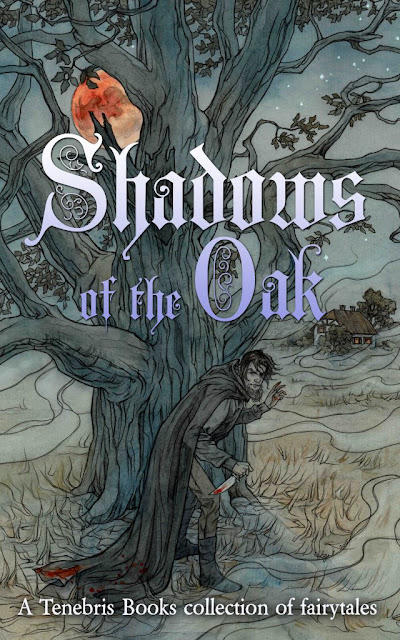 Cover art by Līga Kļaviņa, cover design by Ken Dawson
Shadows of the Oak explores the role of the anti-hero in this illustrated collection of original fairytales from thirteen talented authors, to be released in November 2016 as a stunning hardback.
Posted by Unknown at 06:33 No comments: 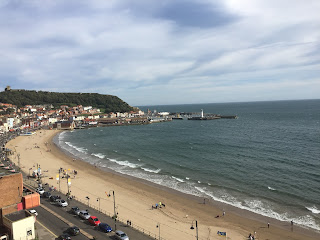 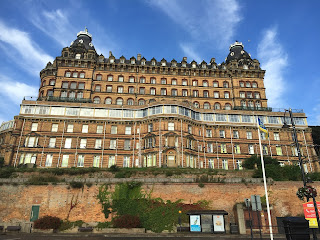 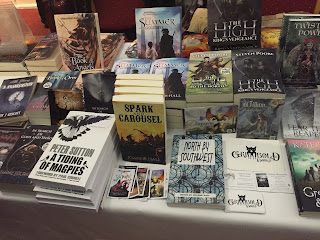 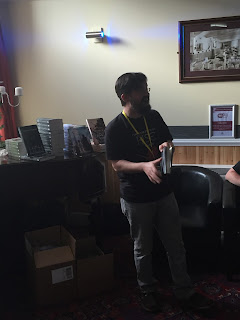 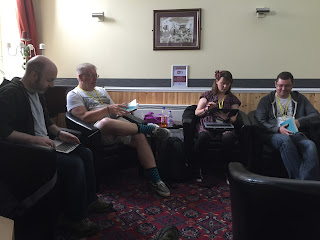 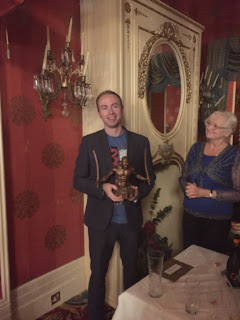 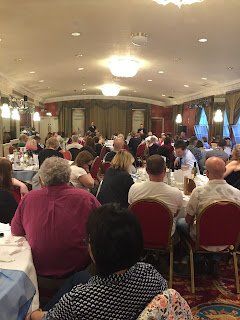 Dave Hutchinson is best known as the author of the Fractured Europe series, the first two books have made the Clarke Award Shortlist. BRSBKBLOG asked him about the latest in the series - Europe in Winter coming in November 2016

This is the 3rd in the Europe series - what's the general overview for people who aren't aware of them (as if there are still people not aware of them!) & any hints on what the third is about?

The Europe books are set in Europe – no spoilers there – between fifty and eighty years from now. Economic collapse, a flu pandemic, and reaction to a flood of refugees from the South have caused the EU to fracture into its component nations, and then to fracture further into many smaller nations and statelets, some of them stable, others short-lived. The hardening of European borders has proven an opportunity for a group calling themselves Le Coureurs des Bois, who are basically smugglers. The first book, Europe in Autumn, followed an Estonian chef named Rudi as he joins the Coureurs and then gets mixed up in a conspiracy involving a parallel Europe called the Community. The second book, Europe at Midnight, follows two intelligence officers from very different places as they become involved with a plot to derail union between the Community and Europe. And the third book, Europe in Winter, returns to Rudi, who in the middle of investigating what seems to be a massive terrorist outrage discovers that many of his assumptions about the world – and his own life – have been wrong.

Was it an especial challenge or easy to return to the world you created in the first two books?
It was really easy to go back to what a friend of mine called ‘Autumnal Europe’. I’ve had the whole thing ticking over in my head for years. If anything, it’s harder to write stuff that isn’t set in that world. It takes a real mental U-turn.
Last post I made about you was for your short story collection Sleeps with Angels (http://brsbkblog.blogspot.co.uk/2015/04/review-sleeps-with-angels-by-dave.html) do you write a lot of short stories?

I used to write nothing but short fiction; I’d been writing for about twenty-five years before I got round to producing a novel. Actually, I think I’m really a short story writer by nature rather than a novelist. I find writing very hard work, and a novel is a huge project for me; at least with a short story it’s over quite quickly. Also, I have quite a short attention span. Having said that, there’s been a spell of five or six years now when I’ve done nothing but work on books, although I’ve recently finished a couple of short stories.

The first two books were nominated for the Clarke has being on a prestigious shortlist twice changed how you approach writing?
The nominations thing has all been a bit mad and wonderful, to be honest. Better writers than me work for years and don’t get a single nod, so the attention the Europe books have received is deeply humbling, and if I’m honest not a little baffling. But I don’t think it’s changed the way I approach writing; it’s still as chaotic as it ever was.
What are you currently working on (apart from this interview)?
I’m working on a non-Europe novel. I’m not sure I should say very much about that, for various reasons, until the publishers make an announcement about it. But it’s very different.

If you could be a character in the series who would it be and why?
Which character would I be? That’s a hard one. Rudi’s the little voice in my head, the sort of person I’d quite like to be, so I’d have to say Rudi.

How much planning and research do you do before a novel?
I don’t tend to plan a lot, but I do usually have some bits and pieces of dialogue and action and a vague idea what’s going to happen. With Winter, I had the beginning and end and a sort of feeling about some stuff in the middle. Mostly I just keep writing and fit it together as I go along. I do a bit of research before starting a book or a story – although quite often that ends up being thrown away because it becomes irrelevant as the story develops. Most of the research takes place while the book’s being written, as and when it’s needed.

Why's your website called "automatic cat"? - https://hutchinsondave.wordpress.com/
I honestly can’t remember why I called the blog The Automatic Cat; it seemed like a good idea at the time, I suppose. It’s mostly just a place for opinionated and poorly-informed rants and I need to do more of it.
In one sentence what is your best piece of advice for new writers?
Advice for new writers? Just keep writing.

Thanks to Dave for the answers - go check out his books, there's a very good reason they keep being nominated for prizes - they are very good!