Very happy to welcome Alison Morton to the blog today to talk about alternate history. 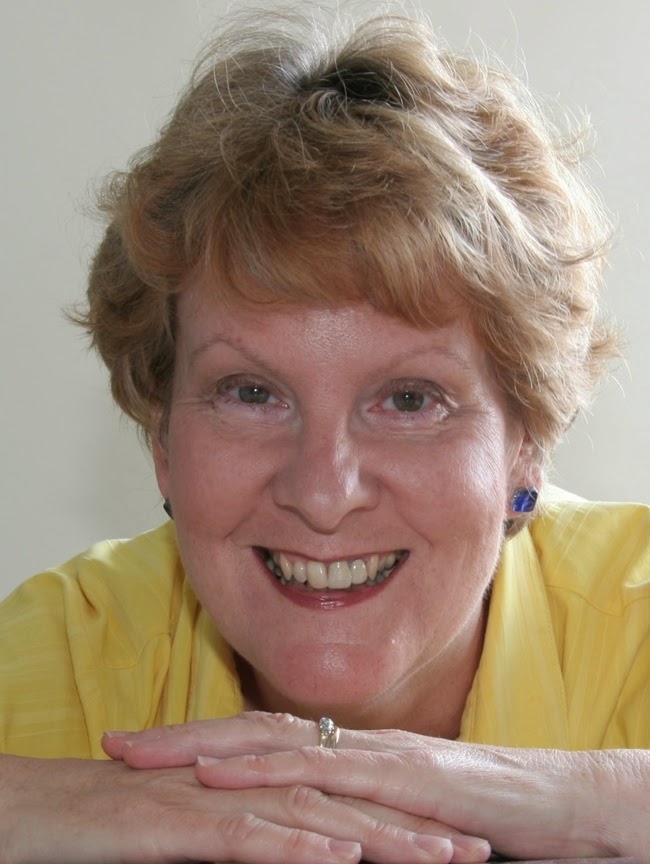 Alison Morton writes Roman-themed alternate history thrillers with strong heroines. She holds a bachelor’s degree in French, German and Economics, a masters’ in history and lives in France with her husband.

A ‘Roman nut’ since age 11, she has visited sites throughout Europe including the alma mater, Rome. But it was the mosaics at Ampurias (Spain) that started her wondering what a modern Roman society would be like if run by women…

Is alternate (or alternative) history science fiction, fantasy, historical fiction or a bit of each? The problem is it embraces everything from ‘hard’ counter-factuals such as Napoleon winning at Waterloo, passing through time travellers going back to ‘fix’ a historical problem and stretching to the completely surreal ‘rule of cool’ space Nazis on the moon.

And styles vary; stories can be infused with every last detail of their world as in S M Stirling’s The Peshawar Lancers, or lighter, where the alternative world is used as a setting for an adventure, such as Kate Johnson’s The UnTied Kingdom.  But whether they are clever and sinister like Robert Harris’s Fatherland or thrillers set in a tiny survival of the Roman Empire like my Roma Nova series, alternate history stories must include three things: reference to the point of divergence in the past when the alternate timeline split from our timeline; how things have changed after the split; and how that world looks and works at the time of writing the story.

Once you have decided where history as we know it (our timeline, or OTL) splits and an alternative line emerges (alternative timeline, or ATL), you need to research that divergence point so that you have a firm basis for taking your story forward. If you don’t know where you start from, you run the risk of the dreaded credibility gap. As writers, our job is to make things up, but readers get so much more out of a book if they know the author has done that job properly. Alternative history is imagined, but should follow “da rulz”.  So what are they?

1. Identify the point of divergence and make it logical. It doesn’t have to be a grand event or have a grand cause. In history, there are many hair’s breath events caused by, for instance, weather, e.g. Washington’s crossing the Delaware River in 1776. On 26 December, the weather became progressively worse, turning from drizzle to rain to sleet and snow, plus very strong winds and floating ice in the river. Just suppose the blizzard had intensified, throwing all those boats and troops to their death in the freezing river…

My books are set in Roma Nova in the 21st century, but the country’s origin stretches back to a divergence point in AD 395 when the Christian Roman emperor Theodosius finally banned all pagan religions. Religious persecution often changes history: when Protestant Huguenots were thrown out of France the French silk and weaving industries collapsed and the prosperous mercantile and professional class was ruined. The French economy, and thus political clout, took decades to recover. Who knows what a more powerful France would have achieved?

2. Research the divergence point thoroughly. Find sources, books, visit places, museums, conferences and ask questions. Check you have the correct clothing, food, armour, currency etc. for the time you are writing about. The Roman civilisation lasted over 1,200 years; things were significantly different in AD 395 from how they had been in 100BC. Serstertii, the archetypal silver Roman coin, had disappeared by AD 395 and the gold solidus served as the standard unit, so my 21st century Roma Novans use solidi.

3. Reinforce the divergence point story to anchor the time you are writing about. People often refer back to their country’s foundation story and Roma Novans are no different. They often quote the courage of how over four hundred Romans loyal to the old gods trekked north out of Italy to find refuge in the semi-mountainous area near modern day Austria.

4. Use elements from the historic record carefully, but not fearfully.

For my books, I reached back into history and plucked the Praetorian Guard name forward into the 21st century for a special forces unit. Not only does this build on the thoughts of toughness, a dash of ruthlessness and a sense of duty and glamour that we may already have about them, it uses their historic name to anchor them as archetype Romans guarding the ruler and the state. And my Praetorians didn’t go off the rails as the original ones did!

5. Think through the setting that has formed your characters.  No country can survive without a functioning government, an economic, social and political system, law and order and income. You don’t need to mention these as such, unless it impacts on the plot, but you need to have it all worked out in your head, or in a notebook or a file on your hard disk or in the cloud.

How do people make their living? How are they educated? What kind of industry is there? Is the government representative? Are laws authoritarian, permissive or strict? What is the food like? Are there markets, little shops, big chains? What does the money look like?

One big thing to think through apart from its history is what your alternative world looks like. If it’s a country we already know, has transport developed beyond the horse and cart to steam trains or electric trains?  Is it safe to travel from one town to another? If it’s an imaginary country, are there mountains, seas and rivers? What’s growing in the fields, does the countryside consist of plains, valleys or mountains?

And two general writing tips…
6. Ensure your story is essentially gripping and page-turning whatever its setting. Creating an exotic world, however original and detailed you make it, will not save a weak story. Can you grab the bones out, e.g. trap – conspiracy –on the run – confronts bad guy, and see if it would work in another genre?
7. Make sure your characters live naturally within their world. You have to get the essence and detail across to the reader without any info dumps. No reader wants a detailed history lesson in the middle of an action scene. Pare these to a minimum, just enough to take the narrative forward. Imagine explaining somebody’s entire life story to your best friend when you’re relaxing over a drink. All your friend wants are the bare facts of what that person has been doing to cause you to mention them.
Now you’re armed with these tips, why not try alternating history yourself?

INCEPTIO, the first in the Roma Nova series, was shortlisted for the 2013 International Rubery Book Award and awarded a B.R.A.G. Medallion® in September 2013. The next in series, PERFIDITAS, published October 2013, has also just been honoured with the B.R.A.G. Medallion®.  Alison is working on the third book SUCCESSIO which will be out in June 2014. 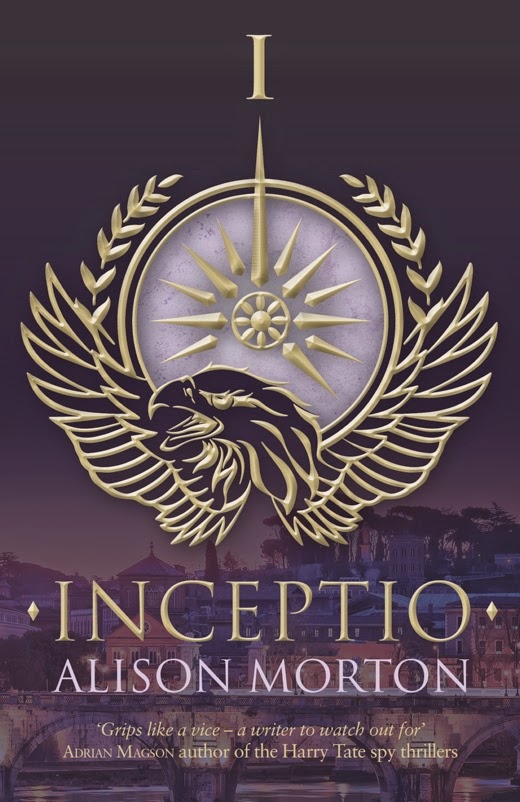 Connect with Alison on her blog http://alison-morton.com/blog/ 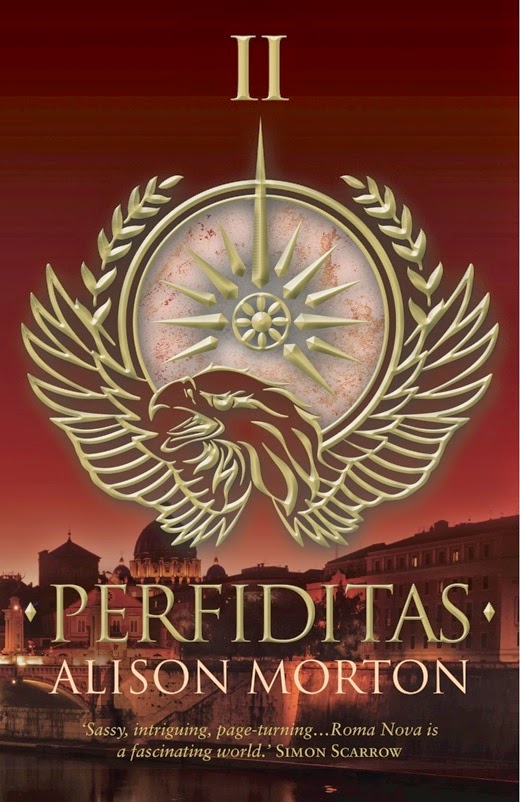 Many thanks to Alison for that fascinating guide to writing Alternate History!
Posted by Unknown at 01:01