Jonathan Oliver is the multi-award winning editor of The End of The Line, Magic, House of Fear, End of the Road and Dangerous Games. He’s also written a couple of novels and a bunch of short stories. He lives in Abingdon with his family and their cat. 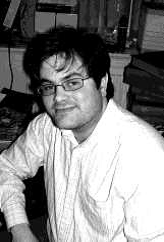 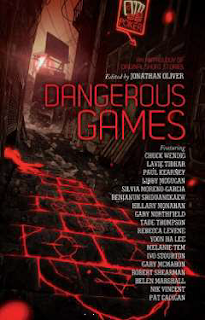 Available in paperback and ebook

In a world ruled by chance, one rash decision could bring down the house, one roll of the dice could bring untold wealth, or the end of everything.

The players have gathered around the table, each to tell their story—often dark, always compelling. Within you will find tales of the players and the played, lives governed by games deadly, weird, or downright bizarre.

In this anthology of the weird and the macabre, multi-award-winning editor Jonathan Oliver brings
together a diverse collection of voices from some of today’s finest writers, to create an original and fresh collection that’s unlike anything you’ve read before.


Roll the bones at your own risk December 2014…


Tell us a bit about the book, who's in it and what's the idea behind it?

This is my fifth anthology for Solaris and, like the ones that have gone before, it is a themed collection. The theme here being games – so, there are tales about the players and the played, exploring the reason we play games and what games do to those that play them. I’d been toying with the idea of doing something on this theme for a while, and I’m a gamer myself (mainly tabletop RPGs, but also videogames) so it seemed a natural choice. As for who is in it, there are a range of familiar and newer names, it was great to be able to work with up-and-coming talent like Tade Thompson and Nik Vincent, but it was also good to work with folk I’d previously published like Robert Shearman and Helen Marshall. I’m very proud of the range and depth of this anthology and, though I say it myself, there isn’t a weak story here.

This isn't your first anthology - did it present any new challenges?

The challenge is really in keeping the anthologies fresh, but really that’s virtually no challenge at all, as there are such a great range of writers of short fiction at the moment, and there’s also a great upswing in the amount of non-Western authors writing in English, which brings more and varied voices to the world of genre.

How did you go about choosing the contributors and/or stories?

Again, it’s about keeping a mix of the new and established, and here I also approached writers who I’d previously worked with on novels, but were less well known in the world of short fiction. So we have Hilary Monahan’s first published short story here and also stories from the novelists Libby McGugan and Ivo Stourton. I have people I love working with again and again, but I’m always keen to look for new and emerging talent. 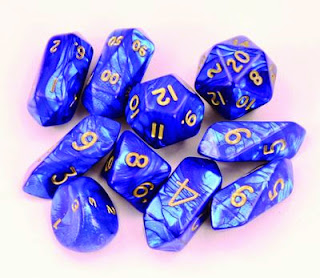 You also write & edit novels - do you prefer the long or short form, how do you feel about flash fiction?

I like both, though I think the perfect short story is far more attainable than the perfect novel. You can also do things in short fiction you can’t necessarily achieve in the longer form. For my own writing, I do steer more towards the short form, but I have a novel idea on the go at the moment. I don’t have a great deal of experience with flash fiction, but I’m certainly not adverse to it.

What do you think makes a good short story?

It’s a case of I know it when I see it. So many things make a good short story, it’s hard to pin it down to just a few. I can tell you some of my favourite short stories: “The Nine Billion Names of God” by Arthur C. Clarke, “The Next in Line” by Ray Bradbury, “The Guide” by Ramsey Campbell, just to name a few. I also adore the short fiction of Ursula Le Guin, and Sophia McDougall is also doing stunning work in the short form.

What are you working on at the moment? (apart from this interview of course)

Starting to pull together the authors for the next anthology, which is going to be very different to what has come before. Some very exciting names on board, so watch this space. As always, beavering away editing novels, and writing when I can find the time and the energy.

You've  worked with some of the most exciting names in SF&F is there anyone you've not yet worked with that you'd like to?

The obvious answer is Stephen King, as I grew up reading his books and I’m a huge fan. Actually there’s a few deceased authors I’d love to have worked with – so, Ray Bradbury, Fritz Leiber, Angela Carter, Robert Aickman, Robert Holdstock, Shirley Jackson, Charlotte Perkins Gilman to name but a few. In terms of current authors – I hugely admire Joe Hill’s work, and Lauren Beukes is doing stunning work. Also a big fan of China Mieville and Jesse Bullington. 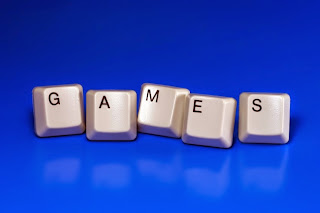 Who are you're currently working with that you think we need to be reading?

All of it, naturally! Okay, a few things that should certainly be on your radar. The Awesome by Eva Darrows is out next year in Spring from Ravenstone and it’s hands-down one of the funniest, wisest YA books I’ve read. I’m also really pleased to have acquired Paul Meloy’s first mass market novel with The Night Clock which is out next October. If you’ve never encountered Paul’s work before you’re in for a treat. He was one of the very first authors I asked for a novel from when we took over Solaris, and it’s taken him pretty much the best part of six years, but it’s been well worth the wait. I’m so very lucky to get to work with a whole bunch of amazing writers. Really very proud of our lists.

You mention you play games yourself - which are your favourites?

Every week a bunch of us gather for an evening of tabletop roleplaying. At the moment it’s the West End Games version of Star Wars, but we do play a lot of Dungeons & Dragons too. Call of Cthulhu, however, will always be my favourite RPG. In terms of videogames, I adore the Bioshock games, and loved Fallout 3.

The trick is, keep writing.

Many thanks to Jonathan for taking time out to answer our questions - keep your eyes peeled for that anthology and grab it when it comes out!
Posted by Unknown at 07:45