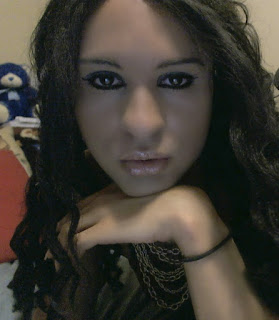 Why I’m Kickstarting my book

I’m Mocha, author of The Angel at the Devil’s Gate, a psychological suspense, which I’m hoping to raise enough funding through Kickstarter to self-publish. My novel is about Eli Nunn, a troubled teen who is moved back to Kansas City following the aftermath of a violent drug deal. Returning to a school where his ruthless reputation still thrives, Eli encounters and instantly connects with Angel, a beautiful and mysterious black-clad orphan. Their flourishing romance begins to grow darker when Eli learns details of Angel’s chilling past. Conflicted with alarm and intrigue, Eli accepts a proposal from Angel that puts both their relationship, and lives, in danger.

The concept to my novel materialized while watching an all-day marathon of true crime investigations on the ID channel. After watching three or four episodes, I was eager to write a novel based around a well-plotted murder, but I didn't want to the novel’s main character to be a detective who is using his expertise to solve the murder. I wanted the novel’s leads to be the murderers.

What is Kickstarter? Launched in 2009, Kickstarter is a crowd-funding site with a mission to help creative projects, like art, design and literature, come to life. Since Kickstarter has launched, the company has helped successfully fund over 200,000 projects. In 2014, 22 million dollars went into publishing projects, making them the third most funded projects on Kickstarter that year.

My favorite thing about Kickstarter is that the people who donate money to a project do not walk away empty-handed. Backers receive rewards as a “thank you” from the project’s creator. All the backers who donate to my project will receive my novel in one of its various formats. Among other rewards, I’ll be giving away bookmarks, postcards, one-on-one interviews, posters, and the upper-level backers will receive my next novel upon its completion.

Why Kickstarter? I believe Kickstarter is a perfect recourse for authors who want to self-publishing their work, but they do not have the finances to really give their novel the treatment it deserves. A lot of money goes into producing a successful self-published novel. Professional copy-editors and designers are not only expensive but they’re essential. A main factor to a self-published novel’s success is discoverability. Without your novel actually being discovered and easy to find on the market, the chances of it finding the eyes of readers are very slim. How does one make their novel visible? Promotion. Social media campaigning, Google Search Program, Press Releases and NetGalley (a book reviewing site used by publishing insiders) are among the tools that can help promote a novel and find its audience, and like copy-editors and designers, they can be expensive.

My goal is to raise $6,500 to cover all production and promotional cost as well as the cost to print my novel and to ship it along with all the rewards to my backers. If my project becomes overfunded, I plan to add more rewards for my backers, and depending on how overfunded I am, I’d love to an audio version of my novel.

My project will be live from June 1st – July 10th. If you have any questions or concerns, I’d love to hear from you. Send me a tweet @Mocha_Writer. If you’d like to learn more about my project, see a detailed outline of how I plan to use the funding or to make a pledge, drop by my Kickstarter page, you can also contact me on there. 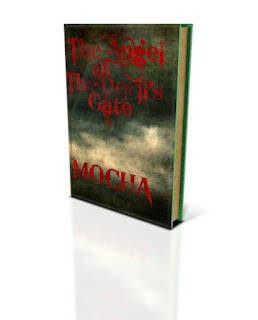 Many thanks to Mocha & Good luck on the Kickstarter - go and check it out!
Posted by Unknown at 06:38