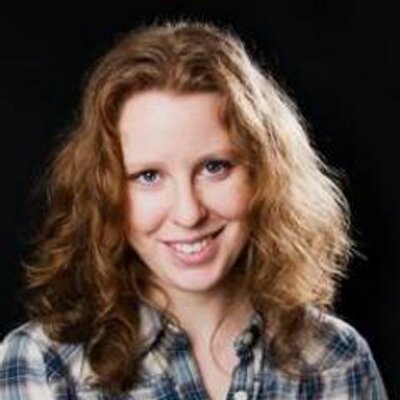 Torill is a science journalist and dropped in to talk about biology that should inspire sci-fi...


In 1910 a British expedition embarked on a three-year trip to Antarctica. Among the scientists was a young biologist named George Murray Levick who was studying the behaviour of the adorable black and white Adélie penguins, named after the wife of another explorer.

George was in for a nasty shock, as the penguins turned out to be anything but cute in real life. He witnessed males having sex with other males and dead females, including several that had died the previous year. He saw them sexually coerce females and chicks and occasionally kill them. He even saw them trying to have sex with rocks that somewhat resembled penguins.

Shaken by this abhorrent and clearly unnatural behaviour he pondered what to do with this information. In the name of science he had to share it with other scientists, but how to do so without risking the descriptions ending up in the hands of someone without proper education, who would surely misunderstand it? In the end he wrote down his findings in Greek, a language that only those with a higher education in Britain spoke, and circulated only a few copies to selected researches. The knowledge about the darker side of penguins was clearly too much for society to stomach.  The copies were lost, but one of them was found again in 2012.

It’s easy to make fun of prude Edwardians, but our view of nature and what nature should be has changed little since then. We tend to think of nature and animals as a constant mirror for humanity, either by showing “this is what we truly are, civilisation has just warped us along the way” or “this is the opposite of us, this chaos and darkness within us must be avoided at all costs”. Either way, we only see the things that already exist within ourselves.

The problem with this view is that we end up living in an impoverished reality, unable to see and process all of the fantastical, strange, unexpected and marvelling things that is constantly happening around us. But this is also why biology is such an excellent source of inspiration for science fiction and fantasy.

By tradition, science fiction has been the realm of technology and astronomy and fantasy has been inspired by history and mythology. None of the fantastical writing has really tapped into the rich, dark and turbulent waters of biology for stimulus. (There are, of course, several exceptions. Blindsight by Peter Watts is an excellent read, as is Oryx & Crake by Margaret Atwood.)

This is a shame. There are worlds upon worlds waiting to be discovered in every backyard pond, and stranger things going on in the litter of the forest-floor than the most twisted of minds could create. Let me tell you about a fluke-worm. It is a parasite, with only a few nerve-clusters for a brain, and is starts it’s life as an egg inside the stomach of a sheep. The egg leaves the sheep via excrement and is subsequently eaten by a snail. There it starts to irritate the snail’s mucus-glands until it gets flushed out in a stream of froth. The point of this is not only to leave the snail, but mainly to get promptly picked up and eaten by an ant. The ant, it seems, cannot resist this mousse of slime.

Now, this is where the interesting things start to happen. The fluke-worm moves up into the brain of the ant and hijacks it’s circuits, turning it into something like a zombie-werewolf.

In daytime the ant acts normally, collecting food and interacting with the other ants in the nest. But when evening comes and the temperature drops, something shifts within the animal. It leaves its sisters in the nest and starts climbing a blade of grass and eventually clings on to the top, dangling there all night. In the morning, when the temperature rises again, the ant releases its grip on the grass, climbs down and joins the other ants in their normal ant-life.

This is repeated every night until the ant eventually gets eaten by a sheep, grazing at dusk or dawn, and the now mature worm finds a new host. There are many more mind-altering parasites around; from fungi in the rainforest to toxoplasma that may even have an effect on us humans.

Another area where biology could be an inspiration for more interesting literature is sex and sexes, which are not nearly as permanent or simple as people tend to believe. Take the hawkfish, a small but beautifully coloured fish that lives in coral reefs outside Japan. Like several fishes they live in harems, a large male defends a territory and gets the bonus of fertilising the eggs of the smaller females in the same area. Occasionally, an even larger male will come along and try to take over the harem, whereupon the former leader quickly changes his sex and joins the other females, happily laying fertile eggs. Should the male disappear, the largest female of the group will change her sex and take his place, the same will happen if the harem grows too big and splits.

This gender swapping is not uncommon, although the triggers change. Every northern prawn you have ever eaten has either done it or was about to. Their sex depends on their size, male when they are small and female when they are large enough to take the cost of producing eggs.  The genders of crocodiles and a lot of other reptiles depend on the temperature in the egg while they are developing. And then, of course, there are all the different variants of hermaphrodites, attached and parasitic males, virgin births and varying number of sexes.

I’m not even going to start on all the strange and complicated sexual behaviours going on; from functional necrophilia to free-swimming penises and acrobatic cannibalism. (But check the notes if you are interested J)

The point of this is not to make you fear the zombie-ants on your lawn, but to show that the world is a lot stranger than we usually give it credit for. We are all a bit like George Murray Levick, doing our best to fit reality to our own perception, making our lives poorer in the process. Think about that the next time you eat a shrimp.