Today I have another guest writer from the Refossiling Anthology. David has dropped by to talk about humour in Horror (or because he's from across the pond - humor)

David is a classically-trained actor/storyteller based in Tarrytown/Sleepy Hollow, NY. He performs for audiences of all ages, from Pre-K to adult. So whether you’re interested in madness-inducing one-man show “H.P. Lovecraft’s Call of Cthulhu,” historically-accurate and highly-entertaining presentation of “British Major John Andre Saves the American Revolution,” or hiring his services for a one-of-a-kind birthday party or anything else, head on over to https://neilsenparty.wordpress.com/. 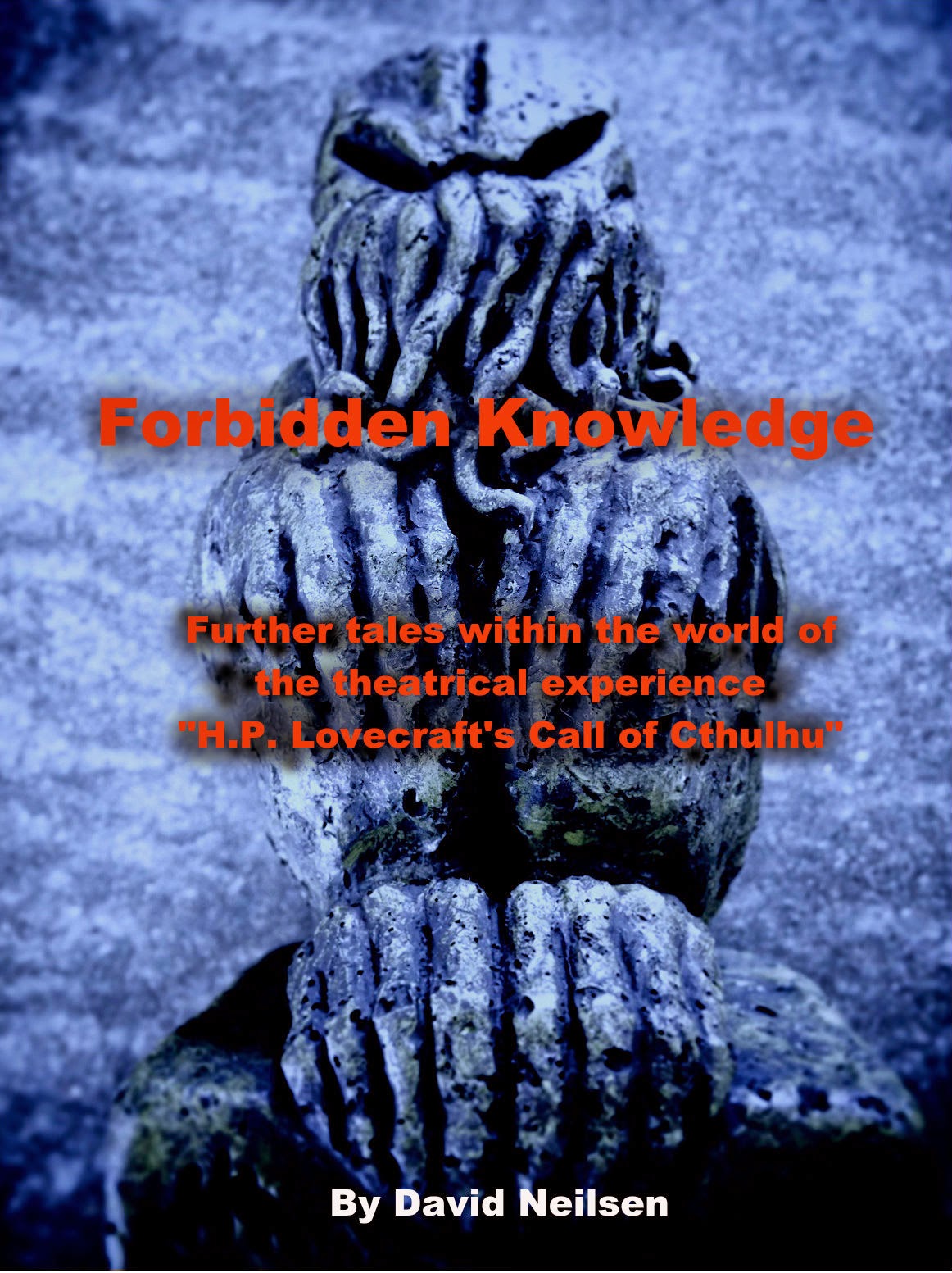 Greetings BRSBKBLOG! My name is David Neilsen, and I am one of Peter’s fellow contributing authors for the upcoming Fossil Lake II: The Refossiling. I’m very excited for this anthology on a personal level because while I’ve written and had published a number of horror stories thus far, my contribution to this anthology, Blind Date, is one of my first to be published while fully embracing my original true love- comedy.
At first glance, horror and comedy don’t seem like they should mix all that well. Horror wants to make you scream in terror, comedy wants to make you scream with laughter. But at the end of the day they both want to make you scream, and the two go together like ham and cheese (or pickle and cheese for those of you on the other side of The Pond).
Terror and laughter are two sides of the same coin- responses to the unknown- and are often interchangeable. Think about it. How many times have you laughed while telling someone a personal anecdote which scared the living daylights out of you at the time? We do it all the time. Sure you nearly peed your pants with fear the night you heard that weird sound coming from the closet, and your hand trembled as you opened the closet door, and you nearly had a heart attack when your cat Scrumptious leaped at your face the minute you opened the door and released her from where she’d been accidentally trapped all day. But the next morning you were on the phone with your best friend yucking it up over the event.
What happened to change your mood? Did you decide you hadn’t heard that sound after all? Had Scrumptious not been trapped in your closet all day? No, what changed was how you viewed the incident. You saw it for the absurdity it was and laughed, safe are secure in the knowledge that Scrumptious is not, in fact, a demon-possessed, cold-blooded killer intent on gouging out your eyeballs.
As far as you know.
That’s kind of what I like to do with my horror/humor. Because horror is, at its core, pretty absurd. I don’t know about you, but I’ve never actually had a writhing tentacle wrap itself around my neck and pull me towards a fetid, gaping maw. I did touch an octopus at an aquarium once, but that was more icky than scary.
In Blind Date, I do some some sick things to people. A lot of them die. In nasty ways. And hopefully, you’re laughing much of the time (at least inwardly, few people laugh out loud anymore). I do, in fact, melt a guy’s face off and it is very, very funny (I hope) because he tries to converse during the process and folks have a harder and harder time understanding what he’s saying. It’s all about attitude and point of view, and my attitude while writing Blind Date was, quite honestly, “They’re not going to really print this, so I might as well just have some fun.”
Little did I know.

I’d like to close with an unabashed marketing blurb for another one of my books that you should go purchase right away while waiting for The Refossiling to become available. See, in addition to being a writer of slightly-disturbing fiction, I’m an actor and storyteller. Over the past year, I have toured the New York Metropolitan area with my original one-man show, H.P. Lovecraft’s Call of Cthulhu. More than a dramatic reading of Lovecraft’s work, my show is a theatrical performance that places the audience’s life and sanity in danger, bringing you into the story and ripping out your sense of security in the known world.
After having living in the world of The Call of Cthulhu for a while, I grew curious. There are so many tangents mentioned in both the short story and my production- so many things that happen off-stage, if you will. I wanted to give life to some of those off-stage moments, so I wrote a series of short stories and published them under the title “Forbidden Knowledge.” These aren’t humorous, they are hopefully chilling tales set in the world of the story and show.
Now I know lots of authors write mythos stories, and you’re probably asking yourself why you should bother to read mine?
Because they’re better. That’s why.
So click on over to http://www.lulu.com/shop/david-neilsen/forbidden-knowledge/paperback/product-21969166.html and buy yourself a copy. You will be doing yourself a huge favor by enriching your literary world with this unlikely tome of demonic wisdom.
Have a nice day.
David

For more information on David, visit him online at http://neilsenparty.wordpress.com.
Posted by Unknown at 01:49