The Refossiling (including my story - "The body in the lake" is due out soon. We've seen the proofs and are awaiting a test copy back from the printer. 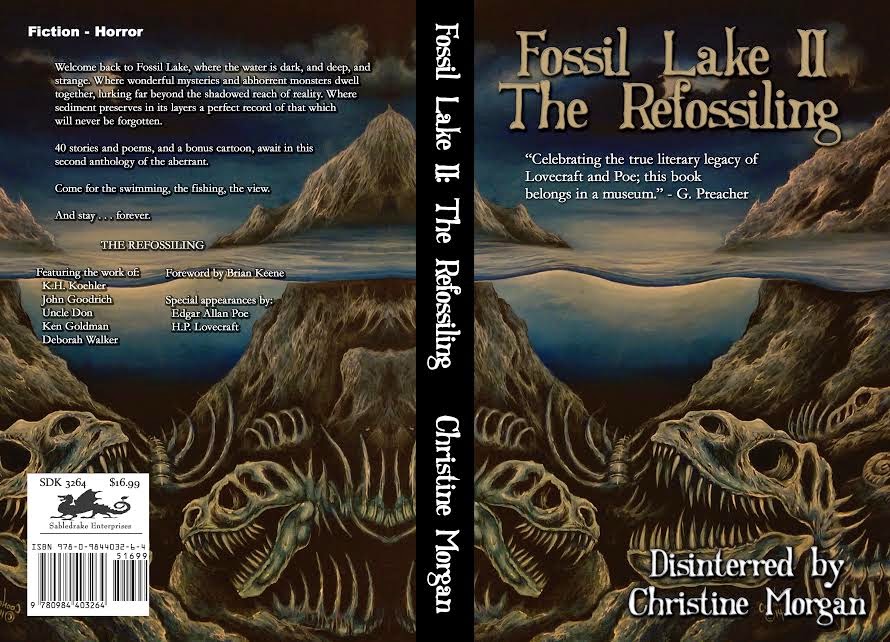 and the contents can be seen here: https://fossillake.wordpress.com/2014/11/21/table-of-contents-for-fossil-lake-ii-the-refossiling/

There's a whole bunch of talented folk involved (and me) and one of them, Ken Goldman, has dropped by to introduce himself.

Ken Goldman, former Philadelphia teacher of English and Film Studies, is an affiliate member of the Horror Writers Association. He has homes on the Main Line in Pennsylvania and at the Jersey shore. His stories have  appeared in over 740 independent press publications in the U.S., Canada,  the UK,  and Australia with over thirty due for publication in 2015. Since 1993 Ken’s tales have received seven honorable mentions in The Year’s Best Fantasy & Horror. He has written five books : three anthologies of short stories, YOU HAD ME AT ARRGH!! (Sam's Dot Publishers), DONNY DOESN’T LIVE HERE ANYMORE (A/A Productions) and STAR-CROSSED (Vampires 2); and a novella, DESIREE,  (Damnation Books). OF A FEATHER is his first novel.

I used to be an English teacher about a million years ago,  and creative writing was an important focus of my course.  There is a distinct difference between writing correctly and writing well. Creativity can be acquired,  of course, but it’s damned difficult to teach. What can be your inspiration?  EVERYTHING! And about getting down to it,  my advice is always to be your own worst critic. Writing is rewriting,  and it’s important to know when your writing needs revision.  (The answer to that is always.)

I also taught courses on Horror and Science Fiction in Film & Literature.  (Yeah, I know,  jack of all trades, etc. etc.) What scares me won’t necessarily scare you. People during the 1930’s fainted at showings of FRANKENSTEIN and DRACULA.  Today’s kids would probably see these films as somewhat laughable. Film is a different medium that the printed page;  being visual it can shock much more readily. As a writer, you’re not going to have your reader scream as he turns the page, but you certainly can take him out of his comfort zone, maybe make him squirm a little. It’s subjective,  but those things that go bump in the night can do the trick.

A little about OF A FEATHER : 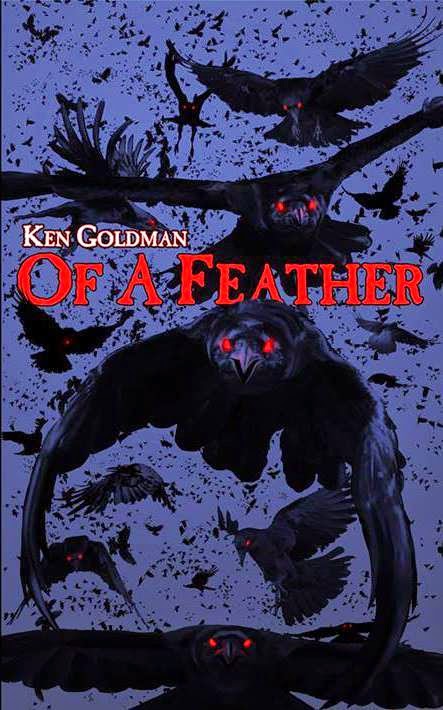 Ken Goldman’s OF A FEATHER is available in paperback and Kindle at :   http://www.amazon.com/Of-A-Feather-Ken-Goldman/dp/0957010362

Socrates Singer, at age six, while attending a Wellington County mall opening during an exotic bird show, is selected  by an ancient Oglala Indian, Black Eagle, whose parrot, Jasmine, has chosen him from the crowd. Socrates is permitted to touch the sacred tribal mask of Wakinyan, thereby setting into motion an ability the boy will have in his later years--the power to control birds of every species. It is a power Socrates will discover has its uses, but it also has serious consequences if it is misused.

The horror (and the story’s tone) is not so dark that there isn’t room for some humor. Socrates Singer is keenly aware of his status among his peers and is equally aware of the absurdity that comes with his new found power. His sister, Dorie, has the kind of ‘potty mouth’ one would expect more from a longshoreman than a thirteen year old girl.  But she also has a keen insight into what is happening to her brother, and her constant little-sister sarcasm doesn’t mask the love she feels for him.

There is a psychological element to the story also. (This is getting heavy, isn’t it?) The Great Circle (as explained at various points by the old Indian, Black Eagle) represents the two sides of human nature as seen in the two headed bird mask symbolizing  Wikanyan’s dual spirit ... both the sparrow and the hawk. The circle theme shows up at various points in the story.

"They fly in circles.  There’s something in that,” Socrates notices.  He’s so right.

OF A FEATHER is published by Graeme Reynolds’ Horrific Tales Publications.  For some other great novels check out  ANGEL MANOR,  LUCKYS’ GIRL, THE WHISPER TRILOGY,  and the upcoming BOTTLED ABYSS.
Posted by Unknown at 06:55