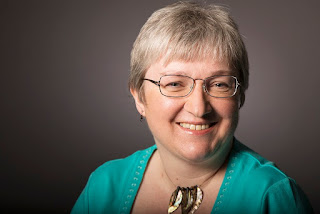 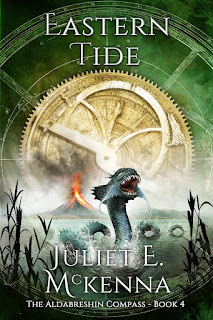 Silk Gowns and Bejewelled Glamour – The Women of the Aldabreshin Archipelago

As anyone who’s heard me talking about – or demonstrating – practical fighting skills at SF conventions will know, I have no patience with the notion that women cannot be capable warriors in epic fantasy, or indeed anything else they put their minds to, from merchants to monarchs. Claims that women in imaginary secondary worlds must lead timid, trammelled lives because that’s ‘historically accurate’ get equally short shrift from me. There are countless real world examples to contradict this in every culture and period. Yes, these were remarkable women – but so were the great men whose deeds are praised in every history book that leaves women out. Consequently the female characters in The Tales of Einarinn absolutely make their own choices and make a whole lot of things happen, from Livak, gambler and thief, through Halice, captain of mercenaries, to Mellitha, powerful and wealthy magewoman, to name but a very few. So what about the women in the Aldabreshin Archipelago? Because they are very different indeed. Everyone on the Einarinn mainland knows that. They’re painted, pampered ornaments decorating an all-powerful warlord’s household and bearing his children. Each domain’s ruler will have three, four or more wives at his beck and call, to gratify his every lust. If he’s feeling particularly generous, he’ll offer their sexual favours to other men. In between times, these women, caged like songbirds, are guarded by armed men, relieving their boredom with idle pastimes like gambling. Everyone knows that.

Seriously? I’m really writing women who are no different to the passively distressed damsels who’ve so irritated me in fantasy fiction? The ones wholly defined by their relationships with plot-central men, and whose main function is to end up as the hero’s reward in bed in the final chapter, often after a series of implausible, plot-convenient escapes from rape?

Hardly! As Ryshad discovers in The Swordsman’s Oath, and as I was able to explore far more fully in The Aldabreshin Compass series, “what everyone knows” in Einarinn is just as likely to be biased and ignorant as it is in real life.

Yes, these women do wear flamboyant jewellery and lavish silk gowns. Since they’re the ones who manage all trade in the Archipelago, that’s a display of their prowess in the complicated barter system of that cashless economy. They certainly do favour extravagant, dramatic cosmetics – because that makes their faces so much harder to read in the midst of tense negotiation. Any warlord would be very ill-advised to think he could manage his domain’s commerce any better than his wives who build complex networks of friendship and obligation with the women married to other warlords. They are constantly writing letters to each other as well as using merchants and couriers as their eyes and ears over the length and breadth of this vast island chain.

Okay, but what about the sex? Yes, these women do sleep with men other than their husbands, but that’s only ever at their own wish. Why would they want to? Well, a warlord’s wives are certainly expected to provide children to secure the next generation’s rule over the domain. What happens if a warlord is sterile, or gay or cannot have children for some other reason? What if the existing ties of blood and friendship between allied domains lead to a strategic marriage between two people who are unhealthily closely related? Then an Archipelagan noblewoman will choose someone else to father her offspring and no one else will have a say in the matter. And Archipelagan women do enjoy sex for its own sake. Why wouldn’t they? The Aldabreshi have sufficient practical knowledge of herbal and barrier contraceptives to limit unwanted pregnancy.

A warlord will gratefully raise the children his wife provides for him while the armed warrior-slave always at her side and answerable only to her, will make sure no one gets a chance to force himself on her. Not even her husband, if she decides he’s banished from her bed. An Archipelagan has no say if his wife decides to divorce him either. Some noblewomen move from domain to domain, using their trading acumen to win ever more wealth and influence. Those who’ve proven themselves doing deals as minor wives and daughters will be assiduously courted by warlords offering them higher status and greater scope for their talents, for the sake of the resources they can win for a domain.

So this is a very different vision of female power to that wielded on the mainland by women who take on the same occupations as men and do those things just as well. Archipelagan men and women have distinctly different and defined roles in society that complement each other rather than overlapping. Crucially, neither is subordinate to the other.

But isn’t this complete fantasy? Even for a secondary world where authors really could and arguably should be bolder in imagining cultures without the burdens of our own historical inequalities and bias? Actually, no, it really isn’t. In creating the very different lives of Aldabreshin women, I drew on real world examples of both individuals and cultures from times and places as far afield as Polynesia before Europe’s voyages of discovery and archaic Persia. There’s precedent for everything I use, up to and including the sexual freedom these women enjoy.

Of course this isn’t to say these women live idyllic lives. But the challenges and perils for female characters in The Aldabreshin Compass series stem from the actions and characters of those who surround them, for good and ill, in exactly the same way as such things arise for the men. What are those demands and dangers? You’ll have to read the books to find out.

Many Thanks to Juliet for the post - do please go check out her books here
Posted by Unknown at 01:47