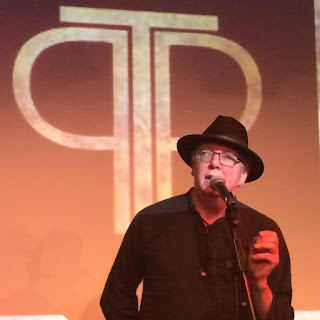 Anyone? More like everyone, I’d have thought as I have the profile of a snail hiding in a fully grown lettuce patch. I write Gothic Horror/ Paranormal Mysteries - The Mister Jones collection - and comic fantasy; The Banned Underground stories. I also dabble in children’s fantasy and quite bizarrely (especially if you ever spoke to my ex) I have a Romance novel, The Last Viking, coming along in due time.

The horror allows me to release the dark side of my imagination, and give it full rein and licence. (Or is that the romance book? It’s so easy to get confused between the two, isn’t it?) Actually the first in that collection, The Showing, is based on a real house and on my childhood memories of my Grandfather’s house. Which was intensely scary. But I’ll say no more right now.

The Banned Underground are my first real creation. Here I can tell all the silly jokes and indulge my love of slapstick humour to the full, whilst addressing the occasional real issue at the same time. The SatNav of Doom was partly about my dislike of Capitalist economics, although you’d probably have to read it quite carefully to see that. The sixth book looks at personal responsibility, and the seventh (nearing completion now for release later this year) is about prejudice. Why am I giving my secrets away? Is there something in this coffee? Anyway, if your humour level has you laughing at Red Dwarf then you are my target audience. Sit still long enough, and one of the gags will hit you. 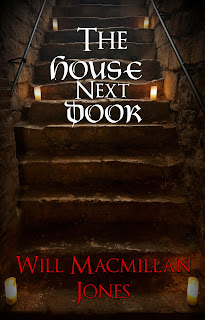 The House Next Door is the third in my stand alone collection of Gothic Horror novels, featuring the poor, unfortunate, Mister Jones whose karmic burden has destined him to be a catalyst for paranormal events. In this instalment, his next door neighbour buys a statue in a strange little shop and gets rather more than she bargained for. In fact a lot more, as the statue contains an imprisoned ancient spirit that is striving to break free and unleash mayhem. As the casualty list rises, and the dead walk free, it is up to Mister Jones to stop the tide of evil - or drown in it himself. My object all sublime (as The Lord High Executioner might say) is to make readers have to think twice before they turn off their bedroom light at night. Mmmmm.

The next book in the collection, The Curse of Clyffe House, will be released late summer this year and I’m working on the fifth one (Demon’s Reach) now. I can exclusively reveal to Bristol Book Blog that there is a hidden story arc in the whole collection, that is slowly starting to be revealed and may become more apparent in Demon’s Reach.

Commas.  I’ve a thing about commas. The humble ‘,’ is a lovesome thing, and the Regal Oxford Comma beautiful, with such desirable statuesque curves... sorry, where was I? Oh yes. When I’m writing, I have a bad habit with commas. Because I do a lot of spoken word events and read a lot of my work aloud, I tend to be speaking the words aloud in my head as I type them - and when I pause for a virtual breath I type a comma. Hence I have a tendency to wildly overuse them and every manuscript has to have a cull. One editor pointed this out so bluntly when reviewing The House Next Door that I’ve really taken it to heart and intend to work harder on the next book to eliminate this issue.

I sit at my desk, and type… I’m lucky. You see I’m self-employed (I am actually an ex-Inland Revenue international taxation consultant, which explains why the evil wizards in The Banned Underground collection are accountants in their day jobs) and work from home. So I spend a lot of time at my desk in my study, surrounded on all sides by bookcases - and when I have spare time, or inspiration calls, then I can just turn to the WIP and get on with it. It is not uncommon for me to have two books in progress at any time, and so I always have something to attack.

Do you write a lot of short stories

Flash Fiction yes, short stories per se, no. Normally I enter some Flash competitions, but for the last year or so I have been doing more poetry in order to help my public performance skills. Next year I’ll go back to Flashing.  That sounds wrong, doesn’t it? Oh dear. 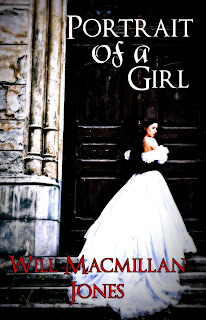 None of my books are particularly long. My first publisher spent time with me, teaching me about the financial aspects of the business, as in another world I have a background in tax and accountancy: so he showed me how the numbers worked to bring a book to market at a set price, rather than complete a book and find it hard to market at a competitive price point. That’s for paperbacks of course, not ebooks - but what author doesn’t want to sell real books to customers as well as ebooks to the internet?

I do in fact write quite a lot of Flash Fiction, in fact I’ve won a national competition a year or so ago with one piece. I do a lot of spoken word events and performances, and Flash Fiction lends itself perfectly to that sort of thing. Plus I think that writing Flash is an excellent practice for an author. It teaches a great deal about word placement and structure; when a complete story has to be told, and be interesting and engaging in a thousand words, the author has to put in some real effort to get things right - and learns a great deal in the process.

Oh, that would be telling, wouldn’t it? I know there has been some speculation about Mister Jones, but that is a long way off the mark. That character has actually nothing to do with me. Honest. No, there is a character in The Banned Underground books who is based heavily on me, but I’m not telling.

It would be easy to say a book, or a piece of Flash Fiction, or a prize winning piece, wouldn’t it? But actually it is a piece of poetry I wrote about depression. It’s quite strong, and usually silences an audience. You may not know, but at the annual British Fantasy Society convention (Scarborough, this year) there is often a poetry performance and Black Dog -this piece- went down well there last year too.

I was picked up by a small press, as are so many indie writers, for The Banned Underground; then another small press took on The Showing, the first of the Gothic Horror novels. The second press absconded with the royalties due to about thirty authors, and the first has finally closed its doors after a number of incarnations. Presently I’m under contract to a company controlled by a firm that has been publishing revision guides, and is just moving into fiction. I’m not the only author with such a story of course, and it does help explain my current low profile as proper bookshop availability and distribution will only come on stream this summer.

Read. Widely. Whatever your chosen genre, you should know it inside out;* and then read other genres too as they will help other aspects of your writing.

*At Waterstones signings I’ve been known to hang about near the fantasy section and point customers who do not fancy my stuff at other books they may like. Once, in Leeds, I was able to tell a man who had forgotten the title and author of a book he had just driven thirty miles to buy exactly what he wanted.  He was so grateful he bought two of mine in thanks - and because it was cheaper than the petrol for another round trip to check up on what he wanted…  Know your genre.