So that was the week that was... On Friday 18th things were in place at the festival hub and ready for a week of literary delights. On Saturday 19th the festival kicked off with The Kraken Rises! - after a slight panic getting stuff ready whilst the general public arrived the participants first made a book, received their brief and were let loose to tell tales about Bristol. Everyone who took part, that has offered comment, loved it. The kids that took part had a great time - it was a worry for me as it wasn't so tailored for kids and the programming did encourage families.

Straight after Carolyn Lewis should have been kick-starting people's imagination but had broken her foot so our director stepped in and led the session instead.

I missed Tales from the bin and From Roman Fact to Roman fiction but apparently they went well.

I did make the first 15 minutes of the Bristol Short Story prize awards & congratulations to all the winners for that! However I had to rush back to the festival hub to introduce the readers for High Performance - Jonathan L Howard, Gaie Sebold, David Gullen, Chelsea Walton and Nick Rawlinson - that went very well and segued nicely into Toby Litt and Nikesh Shukla in conversation about How to survive the end of the world. 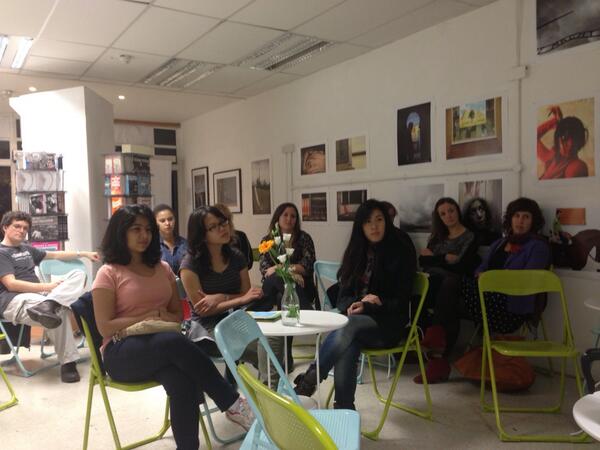 Sunday I spent a relaxing day in the Parlour, our festival hub, bookshop & cafe and then made my way to the Redcliffe caves to a mesmerising performance from Owen Sheers and an enjoyable evening in the company of the Bristol Writers' group. 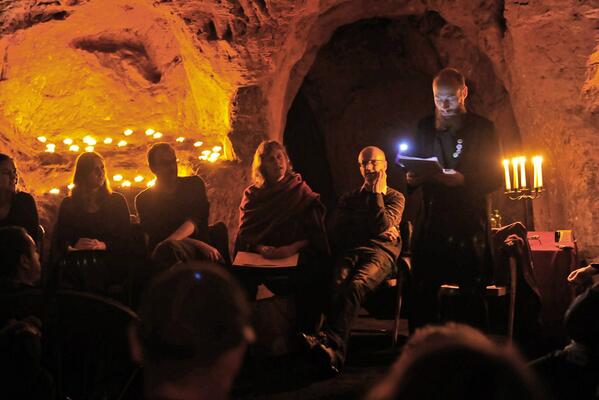 Monday we kicked off the citywide story in Henleaze library with Edson Burton which was great fun - not enough time though!

Tuesday I was in J3 library Easton to create the middle of the Citywide Story and managed to just about get to the end of the rum readings (and taste some rum).

Wednesday was just in the Parlour and in the evening in Bath. I did get the chance to play Tripods though Thursday was the rather marvellous Bristol, Writers' conference with Richard Beard, Sanjida O'Connell, Patricia Ferguson and Alison Moore - that was such a great set of events, 3 hours that seemed to pass far too fast. Thanks to the brave writers who submitted themselves to a live edit - "It was excoriating" was the quote from the first writer - however I think Richard did really well being objective and didn't stray into "I like this" or "I don't like this" - fascinating. 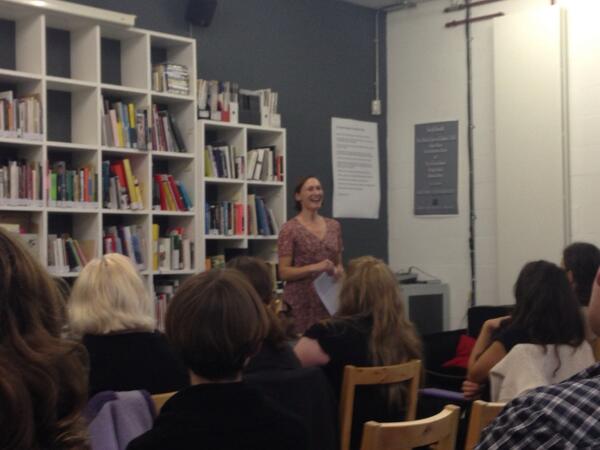 Friday saw Art & Power in the Parlour which was a really nice event & a hugely friendly crowd followed by a visit from 20+ students from Swansea uni to talk to Mike Manson, which was a bit of a surprise but seemed to go very well. In the evening was the final part of the Citywide story with Rebecca Tantony who brought the story to a satisfying conclusion. Afterwards was Word Karaoke with Nick Rawlinson doing a masterful masterclass and Gav Watkins compering an open Mic. I performed my story Le Sacre du Printemps Which seemed to go down well - I've had a lot of nice feedback about it anyway :-) On Saturday it was all rush as I had to edit and send off the Citywide Story ready for Nick to perform it at the Speakeasy. Then off to BristolCon for the day. (Where for some reason I took no photos!)


BristolCon is one of the friendliest, most inclusive and best run cons I've been to. I was invited onto two panels and enjoyed them both immensely. First up was World Building, I made copious noted beforehand but the chat soon strayed into realms I hadn't prepared for (especially discussing books I'd not read) but the panel seemed to be quite lively and we got some good questions from the audience and, on the whole, I think it was (for me) a success.

I managed another couple of panels before appearing on my other one but in between times spent some time in the dealers room trying not to buy too much stuff and I had to rush off and do some logistics for the festival. Of course much time was spent chatting in the bar with a whole bunch of fine folk, some I see regularly on the convention circuit, others I met for the first time.

Dave Gullen, Juliet E McKenna, Rob Haines, Amanda Kear & moderator Catherine Butler discussed "My world is not your sandpit" which was a topic close to my heart at the moment as I've been invited onto a project as an editor that may stray into this territory. Some of the questions seemed to have an agenda (maybe of the "I really want to write fanfic" variety) and the panel expressed a wide range of opinion. It was entertaining and I think that mostly I got the idea that "it depends" - so perhaps the project I'll edit will need to tread a fine line. (More about that project in later blogs, once things firm up a bit)

I also got to see "How to poo in a fantasy universe and other grubby goings on" With Dev Agarwal (M), Ben Galley, Myfanwy Rodman, Lor Graham, Max Edwards and that went in all sorts of directions and another very entertaining hour flew past.

Finally I got to moderate a panel for the first time which was so much fun. I had great panelists though, even the late replacement which offered a whole new perspective. We got to the end and thought that there was another couple of hours worth of discussion we could have had, which is the best sort of panel really Many thanks to my panelists - Cavan Scott, Rosie Oliver, Dave Bradley & sadly I didn't write down the name of the last minute stand in and my memory for names being what it is I have forgotten! I'm so sorry (if you're reading this - please do prompt me if you know) she was good as well. EDIT - thanks to Jo Hall for pointing out that the mystery panelist was Kari Sperring

After a quick visit to the cash point & the announcement of the winners of the Kraken Rises! (well done Karolina Woznicka & Kevlin Henney as runners up and Scott Lewis for winning) I taxied Emma Newman across the city for her appearance at the final event of the Lit fest, the Speakeasy. Emma read out a bit of Scott's winning story and some of her own stuff and then rushed back to BristolCon. Nick Rawlinson read out the Citywide story brilliantly. Jari Moate and Edson Burton performed a bit of Edson's retelling of the Odyssey. Martine McDonagh read a little of her work too. Throughout the evening the Bookshop Band provided brilliant music.

Sunday - although a day of rest, did see me out and about again, this time as a punter. We went to see the awfully brilliant and brilliantly awful Troll 2 A great night out & really looking forward to the next one http://bristolbadfilmclub.co.uk/