The age of misinformation 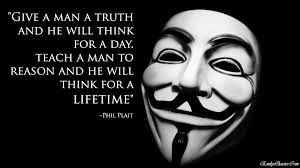 If the vote of 2014, the reporting of that vote and the Michael Gove killing the mockingbird meme have taught us anything it is this. We are now living in the age of misinformation. Social media, the internet and traditional media all now collude to misinform, mislead and misadvise us.

Last week we saw justification narratives - "Immigration has ruined this country" swallowed whole by large swathes of the gullible electorate. And it now continues with all parties thinking of making a jump to the right (against the advice of Rocky Horror's Timewarp). When in fact the majority did not vote for the toxic Kippers. But our political class must forever chase voters, none of them would be brave enough (except perhaps the LibDems - but look what's happened to them!) to turn the rabid little Englanders away.

Perhaps the worst thing about the "Vote2014" was the misrepresentation of what the results meant by many media outlets, including the BBC. For a good analysis of this see: http://anotherangryvoice.blogspot.co.uk/2014/05/local-election-results-2014-aav.html

There is even a campaign by the Greens basically "why is no-one talking about us?" sadly it's because they don't fit into the narrative most media outlets want to promulgate.

At the same time as the Vote narrative was rumbling along, convincing us all of a major earthquake in British politics, we were hit by a Sunday Times article about Gove. Gove is such a hated figure that the report was very plausible, despite some folk piping up that perhaps we should fact check this - http://robinince.wordpress.com/2014/05/25/grinding-my-teeth-to-the-gums-i-wanted-to-wake-up-and-smell-the-coffee-but-i-was-too-worried-it-wasnt-fair-trade/ everyone jumped straight into lambasting the sorry excuse for a human being that is Gove. Including me, I helped boost the signal too. Today Gove has answered the criticisms - http://www.telegraph.co.uk/education/educationnews/10857079/Michael-Gove-attacks-ficticious-claims-he-has-banned-US-books-from-schools.html

It is interesting to note that if you do a search for Gove and Mockingbird today you see that the narrative has changed from the Sunday Times breaking the news via a whistle-blower to “Education secretary, Michael Gove, has announced American authors will be dropped from English literature GCSEs in favour of British writers.” – ‘announced’?

Meanwhile privately, due to yet more shootings in the States, I had a conversation with a relative of an American acquaintance about gun control. Basically said acquaintance posted a pro-gun control link, said relative posted an anti-gun control message. I stated that the anti-gun control position was very strange to me, living in a society with stringent gun control that has (according to stats I looked up on that ever reliable internet) 669 times less “intentional homicides committed with a firearm” than the USA. (Uk is number 40 USA is number 4 – more people are shot to death in Thailand and Colombia who have double the number of deaths than the States and South Africa which scarily has 4 times as many deaths by firearms than the States). I mistakenly thought that the numbers would speak for themselves – UK with gun control 14 deaths, USA with less gun control 9,369 deaths.

Mr Gun Lobby (as I now choose to call him) basically said that guns reduce crime and prevent dictatorships from forming. Both of which claims he could not back up with evidence. I spent a fruitful couple of hours googling and found plenty of opinion on both sides. In essence it’s not a black and white issue but my simplistic cost benefit analysis is that I am 669 times more likely to die by being shot in a country such as the United States than I am in my own country & therefore I’m in favour of gun control.

Finally, for more evidence of information rot, a friend of mine boosted the signal for the 9/11 conspiracy theorists by reposting pictures saying “where are the planes?” When challenged his opinion was “I am yet to be convinced” and “Not all conspiracy theories are false”. That particular conspiracy is noxious and a poor memorial to all the people who died in the States on that day. However the misinformation narrative appears, to some people, to be more compelling than the truth.

In 2007, six years from that infamous day, Zogby International ran a poll to investigate the falsely labeled “9/11 Truth Movement.” They found that a whopping 30 percent of U.S. citizens believed that the federal government either planned or allowed the terrorist attacks for political and economic reasons. That means almost 100 million Americans believe their own government is guilty of mass-murdering its own people. (source: http://www.collegiatetimes.com/opinion/columnists/article_1e3f23d7-ddc4-56ec-8f08-66e4dc72a834.html) I'm guessing that a lot of these are the folk in the gun lobby who believe that owning guns is a protection against a corrupt or despotic government.

Why are such things more compelling than the truth though? Basically because of logical fallacies, justification narratives and confirmation biases. Despite all evidence to the contrary few people believe that they can be misled by the media, the political class and most importantly by their friends. People see something, get indignant and pass it on. To quote Gove (and by no means do I endorse him): “When emotion triumphs over reason, and when members of a crowd encourage each other’s righteous indignation, then the truth gets trampled underfoot.”

Welcome to the age of misinformation.

What can we do about misinformation? Apply critical thinking (why isn’t it taught in schools?), educate ourselves by logical fallacies and such things as confirmation bias, and hold up information to scrutiny. It’s time to stop taking a person’s word at face value, no matter how much you trust them, as they perhaps are just repeating misinformation they have heard elsewhere. Fact check & fight back. Try to not fall for such things, which is difficult and a constant battle I admit. Try not to spread lies. Point out where people have bought into erroneous narratives.

As this is a book blog here are a few books on my shelf that I'll be reading to help myself combat the age of misinformation:

Classic text on what Propoganda is.