Guest blog - A A Abbott

Today A A Abbott has dropped in to talk about business, books and writing 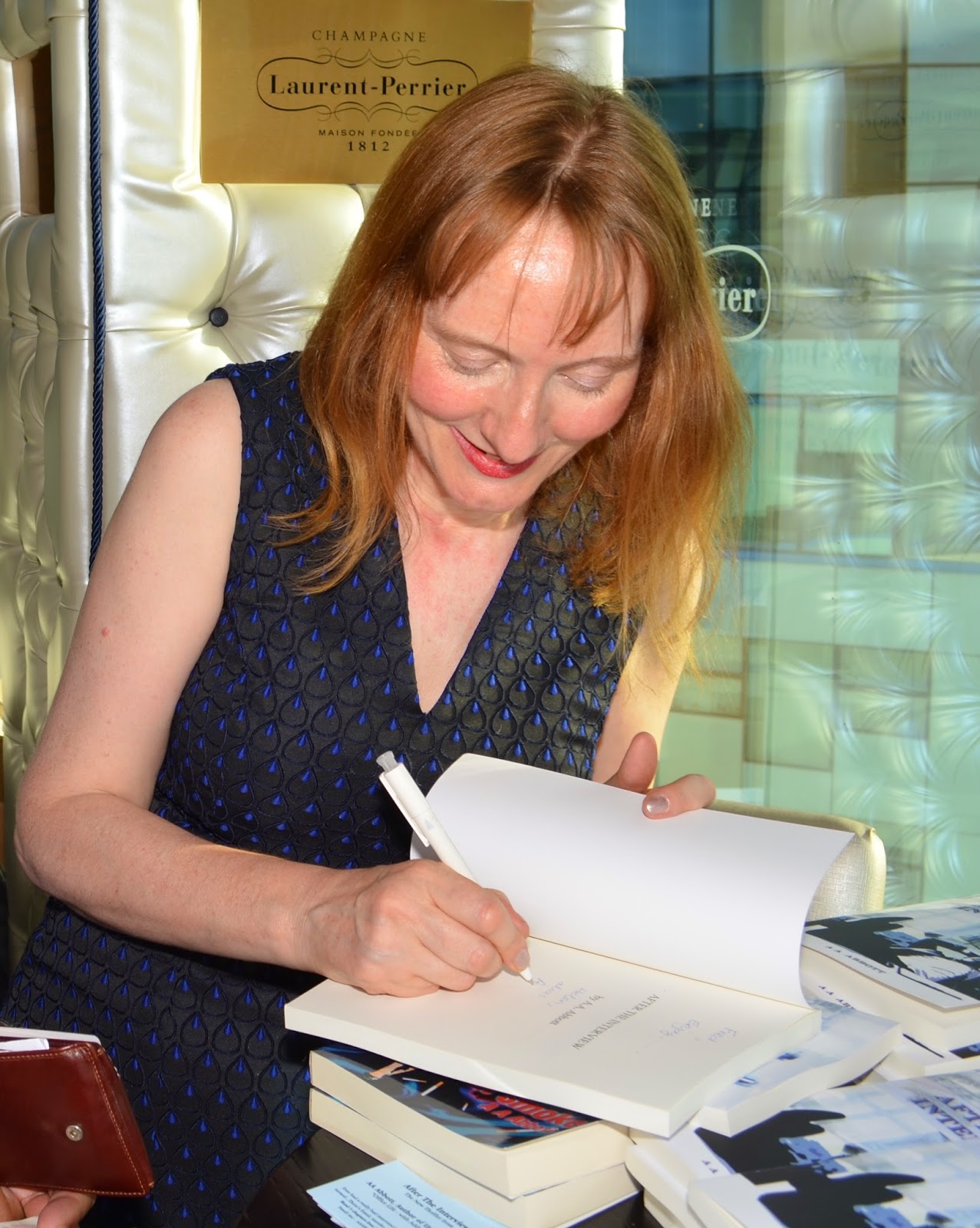 From an early age, I loved to tell stories. I was the eldest of five children born in five years, and even before I could read, I entertained my siblings with tales of witches, wizards, castles and caves. I liked stories with lots of action and dramatic tension, and my brothers and sister did too. Yet, as an adult, I chose a career with the certainty of a monthly income rather than try to make it as a freelance writer.
Why? Simply, I was bored with being poor. Growing up in a large family, money was tight. I took Saturday jobs to afford records (remember those big black vinyl circles, anyone?), clothes and a social life. My parents fed, clothed and entertained us well, but on a shoestring budget: clothes were home-made or secondhand, and our day trips were always to destinations with no entrance charge. Luckily, with an aptitude for maths as well as English, a career as an accountant beckoned. Joining the profession gave me security, and more job interest than you might think; working for large multinational companies, I travelled the world on expenses.

Large corporations are full of busy people with a short attention span. The art of telling the story behind a set of financial figures lies in keeping it short and snappy. Subconsciously, I was learning the secrets of a successful suspense thriller: grab the reader’s interest quickly, use a logical structure and make every word matter.

I was the family breadwinner. Spending long hours earning a living, often travelling far from home, left no time for writing and too little, even, for family life. Luckily, my loved ones forgave me, and supported me in my decision to go freelance so I could write fiction as well. The result was Up In Smoke, my first thriller set in the world of big business, published in 2013. I then took a six month break from work to write After The Interview, which has just been published. 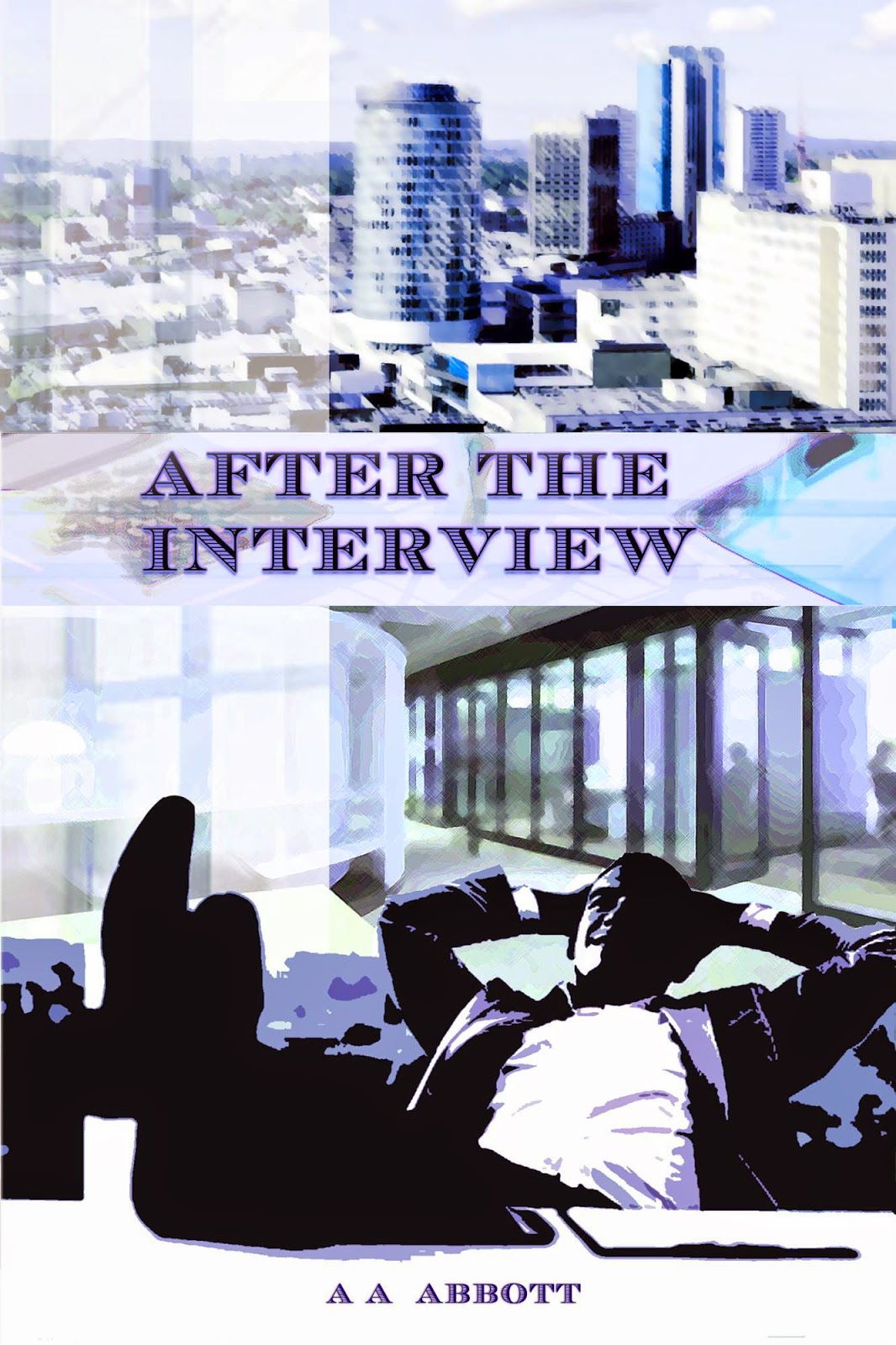 The lead characters in Up In Smoke are two women who work as industrial spies. Readers said they would prefer stronger male characters, so I gave them just that in After The Interview, writing about the struggle between two men who run large IT companies. Andrew Aycliffe’s impoverished background gives him tremendous drive and ambition, but his early career is almost derailed by a bad interview with Jed Gardner. While Andrew builds a successful business, he neither forgives nor forgets. With the help of a business coach friend who is not quite what she seems, Andrew finds himself in a position to take revenge – and he shows no mercy.

Jed is a complex character who cannot read people easily. Were he at school today, he would probably be diagnosed as high functioning autistic and given help in building relationships. Despite doing his best to make sense of a world he does not understand, Jed loses his job, reputation and more. He is not the only man to make mistakes. Boris Brooks, employed by Jed as a financier, succumbs to alcoholism, blackmail and murder.

Andrew, Jed and Boris are not real people. The awful interview that is central to the book, and the audacious fraud that follows it many years later, never happened. They easily could have done, though. My experience of big business has not just helped me write in a fast-paced, stripped-down style, it has given me inspiration.

I also write about places I know. Apart from a dramatic scene in Bath, the action in After The Interview (and, indeed, Up in Smoke) largely happens in Birmingham and London, both cities where I have lived and worked and which I visit often to see family and friends. Birmingham’s skyline decorates the cover of After The Interview, by Bristol artist Anna Hurl. Just as Bristol has decorated unlovely skyscrapers with amazing street art, Birmingham has added colour and glitz to its concrete heart. It is a friendly, buzzy city, and Andrew Aycliffe goes to great lengths to build a business there rather than succumb to the magnetic pull of London. The book contrasts the two cities just as it does Andrew and Jed. 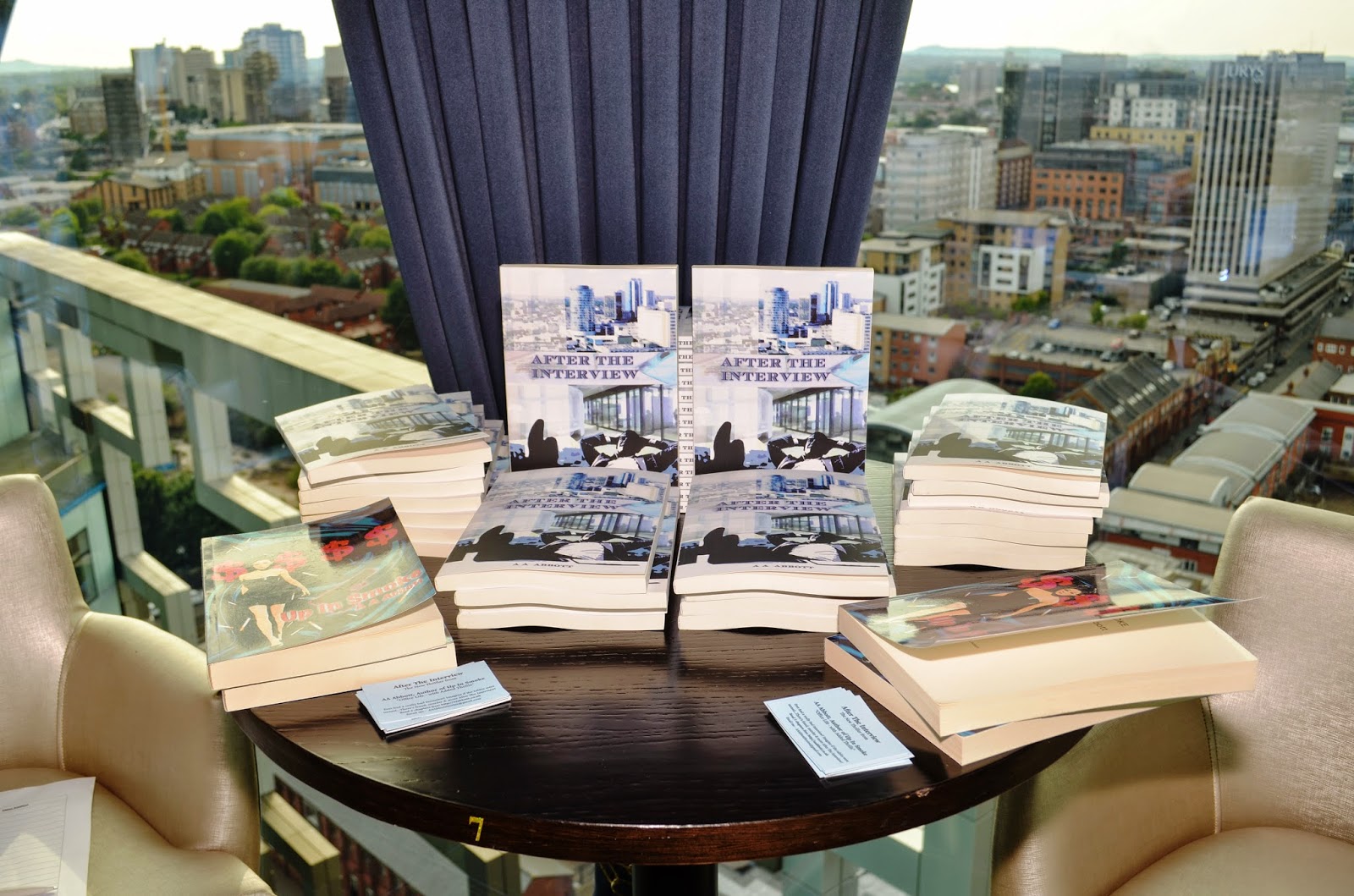 Using short chapters to add pace, I aim for an exciting and easy read. I suspect readers who like Kate Atkinson, John Grisham and Barbara Vine will appreciate the readable style, surprises and insights into big business within After The Interview and Up In Smoke. There are free samples of both books at http://aaabbott.co.uk.

I love talking to book clubs, business networks and social groups about my books, and, indeed, topics like capturing family memories or publishing an e-book as a business promotional tool. Having published my books myself with help from friends like Bristol writer Suzanna Stanbury, I am amazed at how easy and cost-effective it is. I do hope that anyone who would like a speaker for their group will contact me at aaabbottstories[at]gmail.com. I do not make a charge; I simply bring books along for readers to see, without any hard sell taking place.

My books are available on Amazon, and After The Interview can be ordered through bookstores as well. If you have ever had a bad interview, take a look at the book and see if you can predict what happens next!