That was the Nine Worlds that was

First off I'd like to jut say wow! OK that's not that erudite or enlightening is it? Well it is appropriate. Nine Worlds last year impressed me a lot, this year was just as good! How difficult is that to pull off?

We went down Thursday night but missed most of the program items so spent our time in the very expensive bar - bottles of wine seemed the way to go and we sold shares in one of the bottles we bought. Yes it was that expensive. I'll not mention it again, except to say that our final bar bill was more expensive than one night's accommodation in the hotel. We spent some time at the nearby pub for food too ...

Anyhow. Panels, lots of them, and fun - 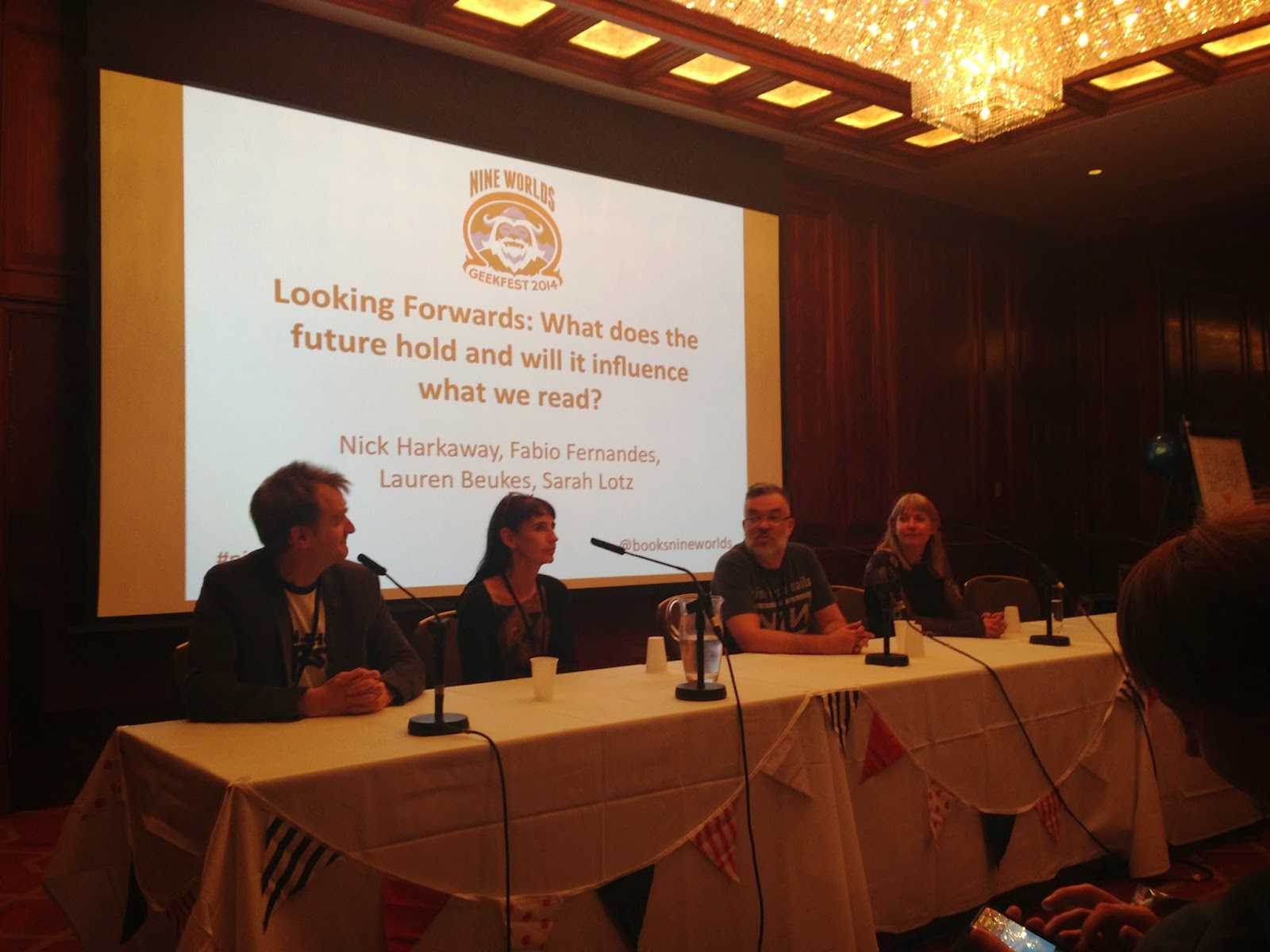 Friday we spent mostly dipping into the "All the Books track" which had collected an impressive list of authors and topics. Oh and it also included me, on the "Writing the inhuman" panel (I'd like to thank my amazing panelists - Adrian Tchaikovsky, Laure Eve and Jen Williams) where we explored the meaning of inhumanity, who the true monsters are and writing the inhuman.

We also went to a panel on Time Travel (ably moderated by Paul Cornell) & Looking Forwards but I'm not going to list all the panels/events/cool stuff we went to as that'd take too long. It was lots and it was lots of fun.

I also read at the "New Voices: Class of 2014" my short story Roadkill  - which can be heard on the BristolCon Podcast "Fringe in a flash" here: http://bristolcon.podbean.com/

There was cosply (not me, I don't do the dressing up thing) and lots of catching up with old con acquaintances and meeting new ones.

Oh yeah and we had dropped a bunch of books off with the All the Books bookshop, here's Adele doing a fine job (and you can see Airship Shape on the table) 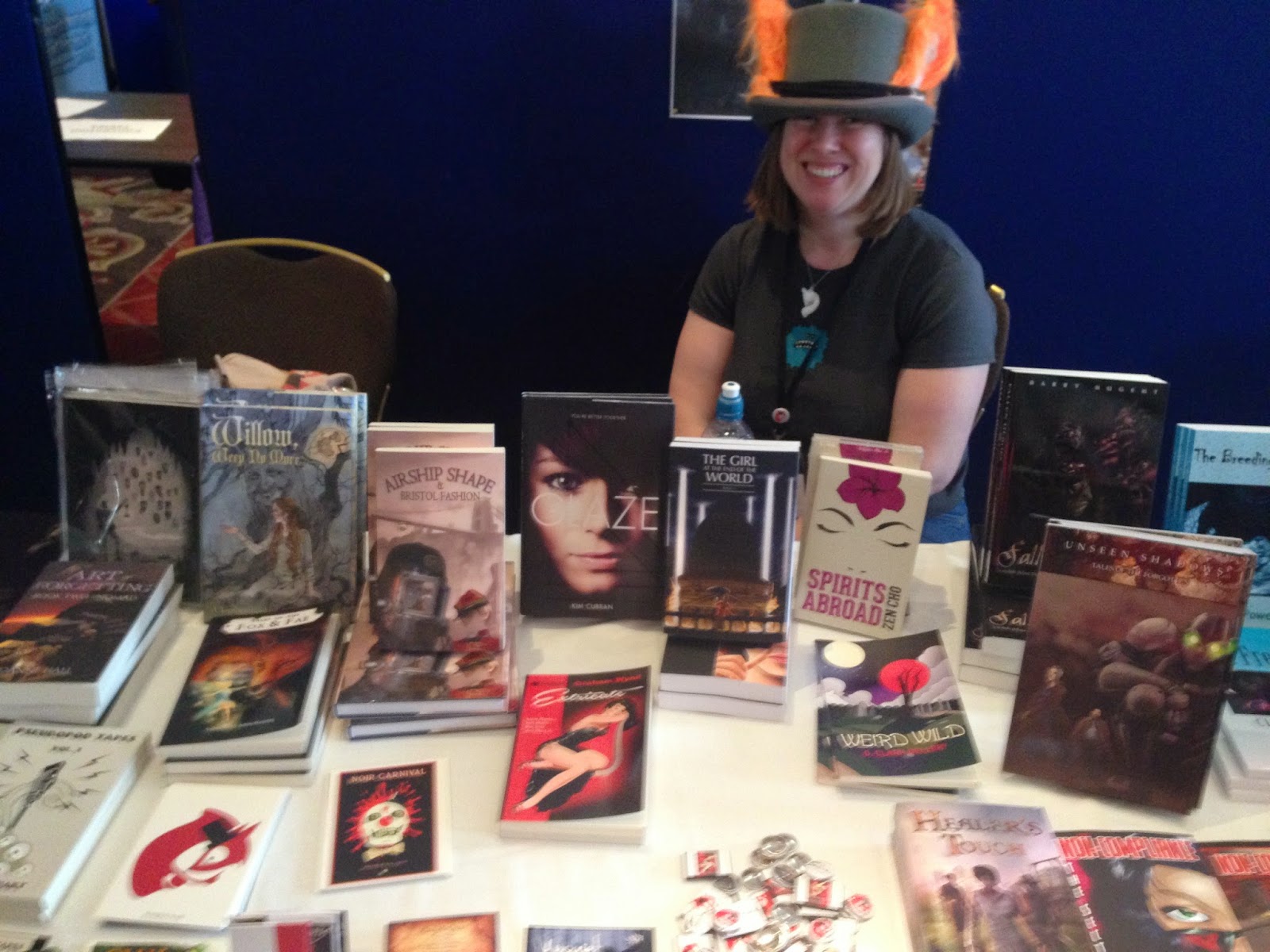 And then on Saturday we got up and did it all over again, more fabulous panels, more chat, more fun. As a bonus we'd signed up for the Alchemist Dreams liqueur tasting which was great fun, not least because we got to taste the smell of musty books (better than it sounds). 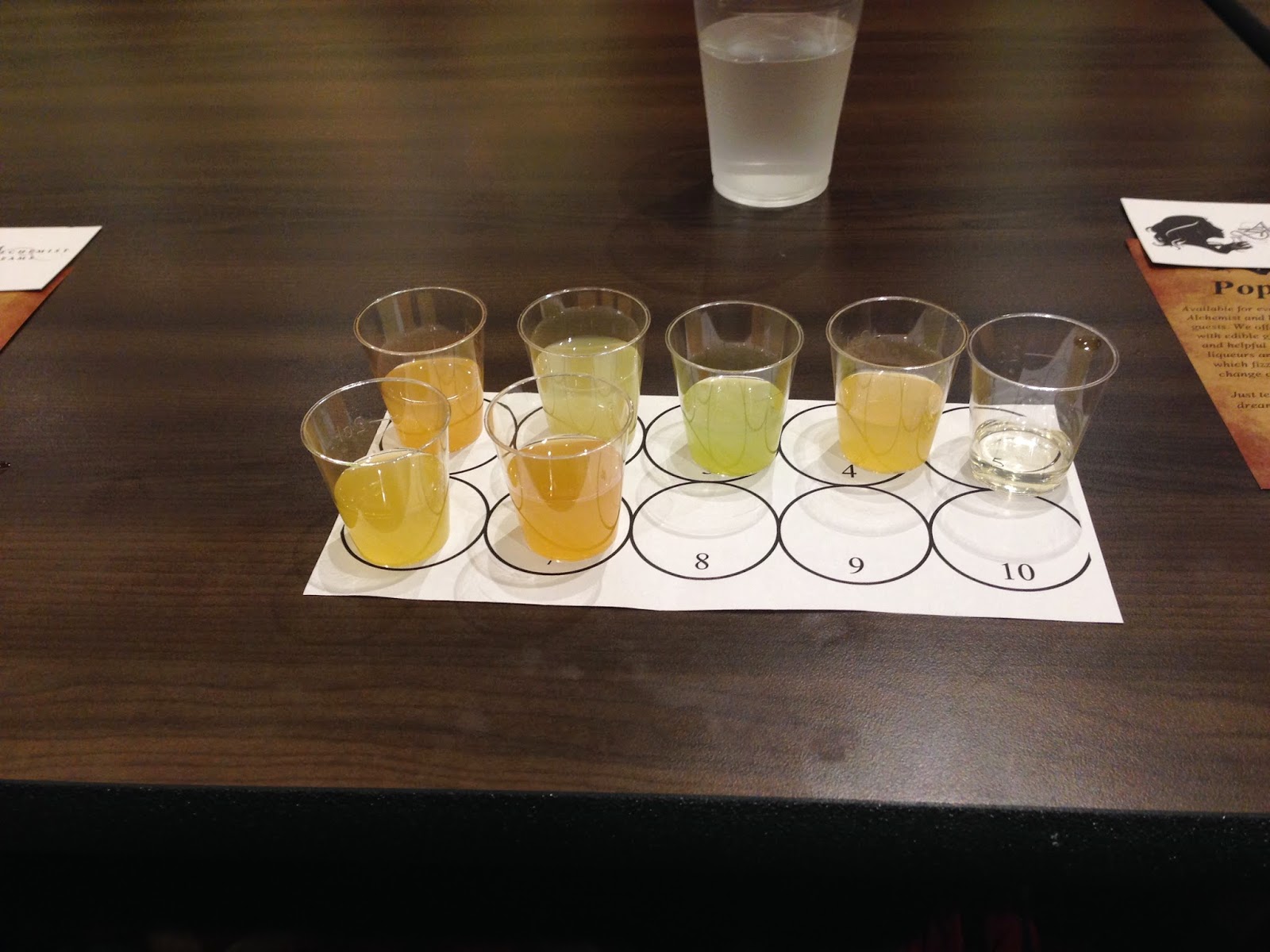 But perhaps after a late, and full of liquid refreshment evening, on Friday starting the day with a deep discussion on the philosophy of video games wasn't the best choice (fascinating as it was, too much thinking without enough tea). 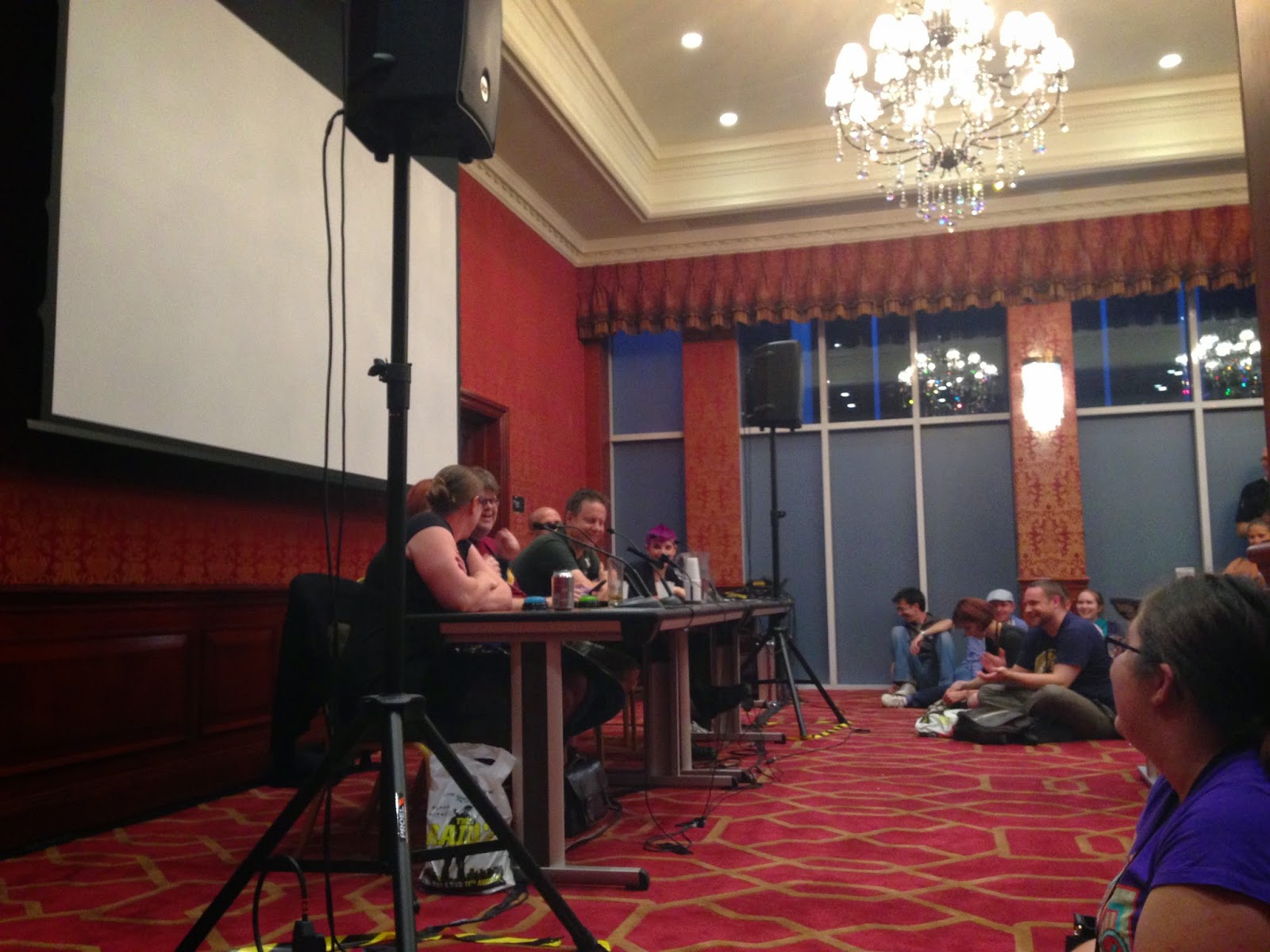 There were also cabarets and discos and music and more time in the bar, where I met a couple of new friends, and the Saturday crop of New Voices where Stark Holborn stole the show by having John Honor Jacobs read out the dialogue. Also worth watching is Pete Newman (the voice of the butler on Tea and Jeopardy). 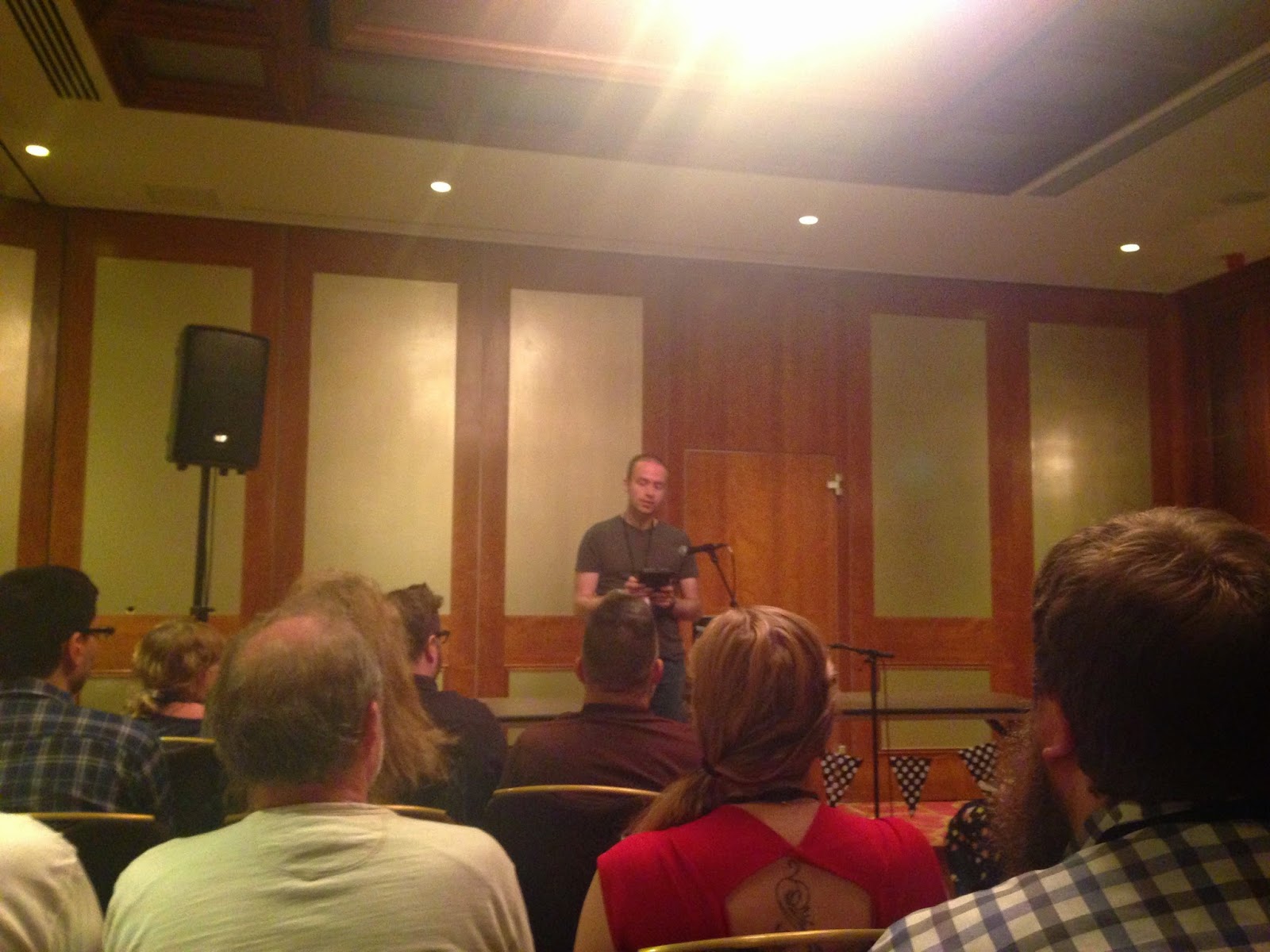 Sunday felt a little sleepy in comparison, but we were up earlier and at a 10 am panel (The neuroscience of swearing) and, after a massive lunch at the Pheasant pub (recommended for sensibly priced food & drink outside the con) we hung around for a bit, not settling in any one panel, slightly disappointed that the last panel for the All the Books track was cancelled, we grabbed our unsold books and headed home. Tired but enlivened, inspired and happy and ready to buy tickets for next year.