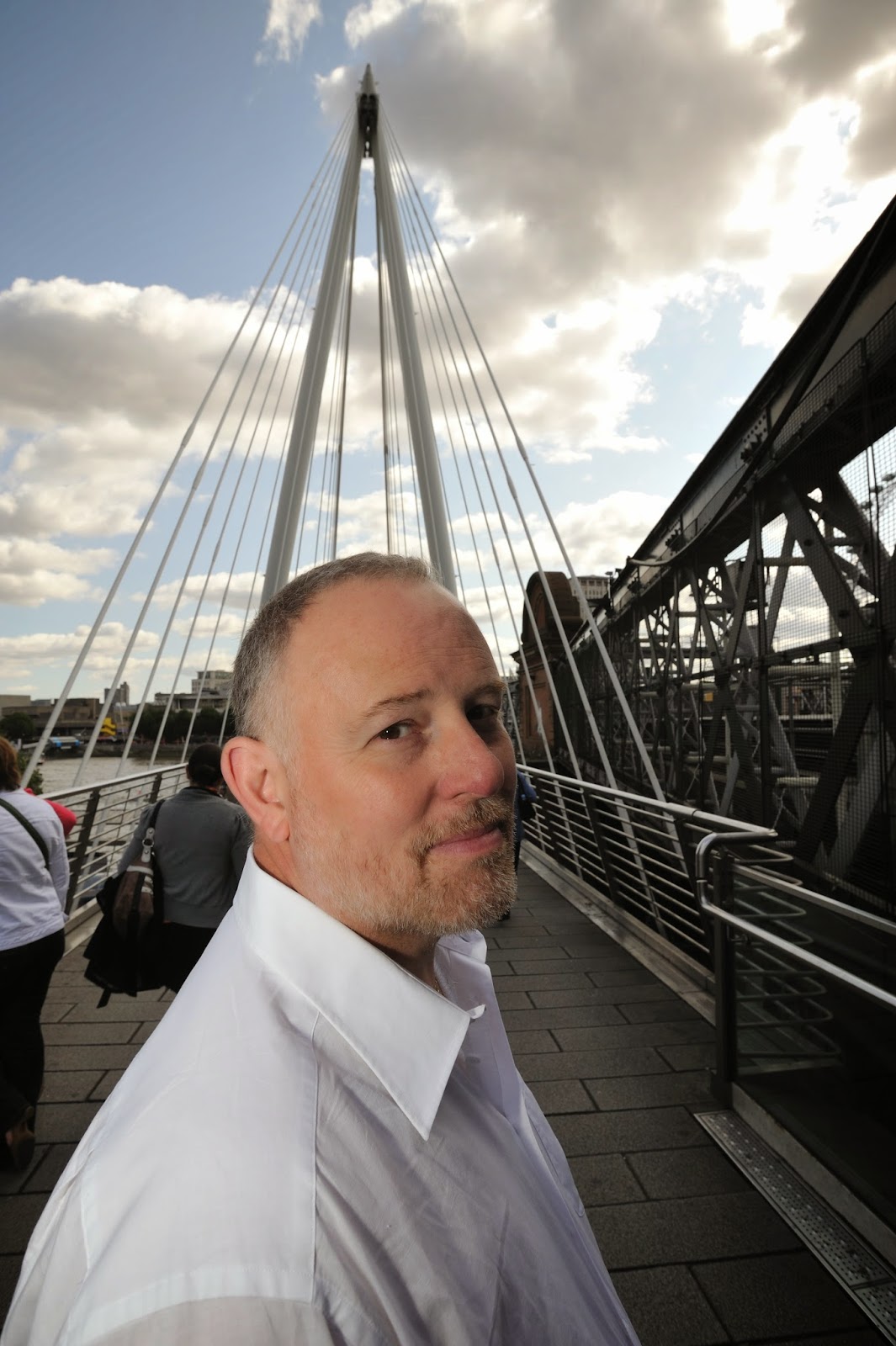 Mike Shevdon is a writer of modern fantasy fiction, melding history, fantasy and imagination into tales for the 21st Century. Blending English folk tales into the world of mobile phones and CCTV, he has caught the imagination of readers worldwide since 2009. Mike's series, The Courts of the Feyre, follows Niall Petersen as he discovers a world of magic, danger and wonder hidden in plain sight.

You can find Mike on the Net here:

Books
Available now worldwide from all good bookstores:
-  Sixty One Nails
-  The Road to Bedlam
-  Strangeness and Charm
-  The Eighth Court

My main project at the moment was not anticipated. I said after The Eighth Court that it was the end of the series and, at the time, I meant it. I thought I’d reached the end of where that series, with those characters, could go and I would work on something else. I did work on something else, but The Courts of the Feyre wasn’t finished with me. I was sitting in traffic about a mile from my house when the main plot for a fifth book dropped into my head - I know that sounds strange, but that’s how it felt. It was just there, all at once. I drove home and spent over an hour writing notes on everything I could remember and then I left it. I went back to the notes a week later wondering if they would make sense or if the entire thing would sound lame. It didn’t and I’ve spent some weeks developing the ideas and fleshing out the sub-plots and continuity issues. I have the first chapter or so in draft, and I’m really enjoying the writing which is always a good sign.

I do a lot of development in my head before I write anything down. I write some of my best stuff in the bath where there’s no computer. I think the habit comes from my days of commuting into London. The easiest way to write on a station platform, or on a crowded tube train, is to do it in your head. Once I have it in my head I outline it on a computer and check it for continuity, consistency and sense. Then I’ll think about how it fits into the story, what it delivers to the characters and plot, and whether it’s the right thing for where I want to go. I’ll often go through several iterations of this, refining what’s there or replacing big chunks. The beauty of outlines is that it’s all in summary form and making big changes is relatively easy. Then once I’m happy with the outline I’ll work on translating it into words, creating settings, scenes, dialogue, and finding the right words to say what needs to be said.
Then I might have a first draft, or I might chuck a whole piece away and re-write it. Sometimes that’s the only way to move forward. I’ll keep as much forward momentum as I can and keep moving forward as long as I can, but if I get stuck I’ll flip back into editing and rewind to a point, then roll forward. Write, edit, read, re-write, roll-forward and repeat until done.
Then editing again, and then maybe ask test readers for feedback, re-writes, and re-edits. Then re-test, maybe with different test readers. Only then am I ready to share it with anyone.

You have a food blog (http://shevdon.com/food/) does food play an important part in your stories?

The food blog came about because friends would come and have supper and ask for recipes, and I would end up writing out the same recipe multiple times, so I thought I would post them on the blog and they could grab them from there. It’s also the chance to share my experience of cooking and preparing food for friends, which is something I love to do.
Inevitably, though, food creeps into my work. It’s an opportunity to engage smell and taste, and bring in sensations like hunger. The breakfast that Niall and Blackbird have after their first night together is both a recognition of their bodily needs, and a chance to savour the flavours of smoked bacon and grilled sausages. It wouldn’t be the same with a bowl of muesli. When Blackbird is greedily consuming long-boned chops from a French trimmed rack of lamb fast-roasted with rosemary, garlic and salt at the Courts, I know how it tastes because I’ve cooked and eaten it. If you get hungry reading my books then I’m doing my job properly. 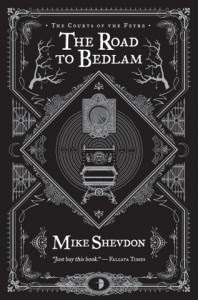 When did you first get the idea for sixty-one nails? How long did it take for it to turn into a book?

Sixty-One Nails took seven years to write, during which I learned a tremendous amount about writing, editing, and storytelling. I was working in London at the time and simply by watching other people on their daily commute I became aware how little they saw of their surroundings. It occurred to me that there were all sorts of things that might happen around them that would simply pass them by.
At the same time I’d been reading a lot of urban fantasy from the USA, which was just starting to appear over here, and I realised that no-one was writing about the world I knew, despite the deep history and rich folklore of the UK. So I started researching English folklore and found the 800 year-old Ceremony of the Quit Rents in which two knives are tested before the Queen’s Remembrancer in the Royal Courts of Justice every year. After that it all came together.

There is a fair amount of history in the books, how much research did you have to do & how did you go about it?

I do a lot of research, but luckily I’m interested in the subject matter so it’s not a chore. I start with something simple, such as the relationship between iron and magic. Then I find references to books, articles, snippets, stories and anything else and start looking for commonalities. I find a thread and follow it, wherever it leads. Sometimes it dries up. Sometimes it only seems to dry up and then sprouts off in a new direction. The idea is to let the research inspire the story rather than trying to force the research to fit the ideas.
In this case it led me from iron to blacksmiths, blacksmiths to anvils, anvils to wedding ceremonies, blacksmith weddings to ceremonies involving iron, and thence to the Quit Rent Ceremony, which is the testing of two knives, one blunt, one sharp, against a hazel rod of one year’s new growth. Then I asked the question, if this ceremony has been carried out for 800 years (and it has) then why? What is it’s purpose? The usual rent for land is much more than a couple of knives, and there’s a rent of six horse-shoes for a forge that’s not even there any more. Why? That’s the question that sparked the story. 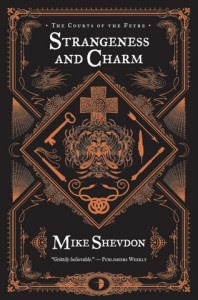 Which character in the books do you most identify with and why?

Initially it was the protagonist, Niall. He’s a commuter, he works in London, as I did, and his viewpoint drives the story. There was a lot of me in Niall, and in the first drafts this came out quite strongly. At some point in the development, though, he started being someone else, someone I knew quite well but definitely not me. He made choices I wouldn’t make, did things I wouldn’t do, and he is a mess of tangled and frustrated desires, wants and needs. He became himself and he has his own identity.
Is there another character, then? Not really. It’s all of them. In my head I’m everyone and no-one. I’m Raffmir, psychotic, genocidal, witty, passionate believer in myself and my right to rule. I’m Blackbird, cautiously exploring the limits of my influence and power, driving towards a vision of a world in which I belong. I’m Alex,16 years old, hormonal, angry, jealous, manipulative, desperately aware of how other see me, but suddenly and inexplicably affectionate and thoughtful. As I write I am each of these people, while at the same time I have to stand back and see the big picture.

I’m a long-form writer. My idea of a short story is 25K words. I start writing and the words cluster around ideas until it grows into something. I do have one short story which I did for an anthology, which is just above 5K words but that’s the only thing I’ve written below 20K.
I’ve not really tried Flash Fiction. The idea of trying to write anything quite so limited gives me the heebie jeebies, although I did once enter a competition to get a story on a postcard for Waterstone’s, which was quite fun. I don’t think it was any good, though. I think it’s safe to say it’s not my forte. 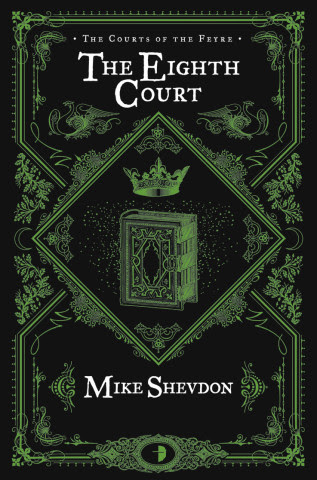 There is a chapter in The Road to Bedlam which describes the memorial service for Niall’s daughter, Alex, and three other girls who have died in an incident that is being described as a sewer explosion. It visits the idea of coping with the loss of your child, which is something which took a lot of strength to explore and provides the emotional impetus that drives the narrative that comes after.
It was incredibly hard to write with any degree of authenticity. It’s so easy to slip into sentimentality with something like that, or to go the other way and come across as hollow and callous. It’s a very delicate balancing act, and there were many drafts over several weeks for something that’s really quite short. I knew I had it right when one of my readers told me it made them cry. It has great emotional power for me too, and even now I can’t read it out loud.

What did you learn about writing by writing a series?

I learned that things must change. If they don’t change then you are simply recycling what has gone before. There are series that as they progress get more and more the same.  A formula emerges and you can predict what’s going to happen. I didn’t want to do that.

I set out to write separate books that were linked by common characters and an over-arching storyline, rather than a set of books with repeating storylines. With each book I took what I learned from the previous one and used what I’d learned to develop the characters and plot, structures and themes, and the shape of the story. With a series you gather weight as you progress and keeping track of everything can be quite a challenge. In particular with Fantasy you can end up backing yourself into a corner or making yourself look stupid because you miss the obvious or contradict yourself. Every time you introduce something new, you have to establish why that only became apparent now, and whether its existence could potentially have changed the balance of anything that came before.

Just imagine what you could do if you poured your heart into your writing.

Many thanks to Mike for these interesting answers - please do go check out his books, I'm sure you'll now be intrigued to try them!
Posted by Unknown at 13:18