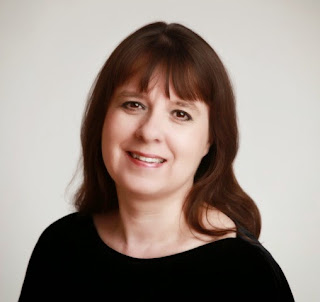 A Moment of Change

I was about to write that there are two things which fascinate me, but that would be wrong. Many, many things fascinate me and find their way into my writing, but for the purposes of this post there are two things I am going to focus on: the way life can change (for better or worse) in a moment (a blink of an eye, a beat of a heart, the ring of a phone, the ping of an email) and how the things that fascinate me in life invariably end up in my writing, even though my life is pretty mundane and I frequently write about fantasy, science fiction and horror.

So there I was today, working away at something I had planned to do (I have quite a lot on my to do list at present. My new paranormal novel Witchlight comes out in paperback and e-book formats on 19th May) and suddenly my email pings and there is a message from my publisher saying there’s a last minute opportunity to do a guest post to help with the promotion of Witchlight. Will I respond to it? Of course I will. I’ve committed months of my life and untold emotion to the creation of my new book and I want to do right by it and the characters I have created: see it, and them, on their way out into the big bad and uncertain world as best I can. Then I realise that the deadline is very, very close. The piece has to be submitted before 1st May and today is the last day of April and it’s already almost 5pm. I have less than seven hours in which to write this piece and submit it, cook and eat some dinner, go to Thursday band practice (I’m a French Horn player and no, don’t ask), finish what I am currently working on, sort out the cat, prepare for tomorrow’s three back to back events and go to bed at a reasonable time because I’m up early tomorrow morning. 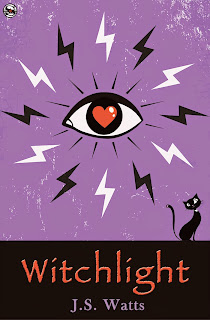 So here I now am, at my keyboard, original work on hold, this evening’s plans interestingly shaken up in the cocktail mixer of life (and no, I doubt that I’ll have time for a real cocktail when 6pm comes round) typing away at this piece. Half a day of plans thrown up in the air at the ping of an email.

Life was ever thus. I’ve always worked in environments where plans can change in a moment and have long recognised that life itself can change dramatically when the phone rings with good (or bad) news, you make eye contact with someone you did not expect to, your number comes up (in the lottery or in a not so good way).

I guess it is not surprising, therefore, that the lead character in Witchlight finds herself in a not dissimilar position, albeit on a much grander and dramatic scale. In Holly’s case it is thirty-eight years of relatively mundane life that get thrown in the air following an unexpected arrival. Not surprisingly, Holly has been mortal all her life. Then, without portent or announcement, her previously unknown fairy godfather arrives in a puff of turquoise light to tell her she’s a witch, and suddenly she's having to come to terms with the uncertainties of an alarmingly magic-fuelled world, as well as track down the unknown birth-mother who passed on the witchlight that flows in Holly’s veins.

During the course of the novel Holly also gets to make eye contact with someone who might change her life and the phone rings, on more than one occasion, with further life changing news. Magic, it turns out, is not like it is in the books and films, and Holly starts to doubt whether her fairy godfather, Partridge Mayflower, is the fey, avuncular charmer he appears. When appearances are magically deceptive, Holly has to learn the hard way that she cannot afford to trust those closest to her, Including herself. Accidents start to happen, people die, Old Magic is on the hunt, but in the age-old game of cat and mouse, just who is the feline and who is the rodent?

I guess it puts my last minute change of plans into perspective, or perhaps it is into the shade, because Witchlight is a mixture of both light and dark: life’s fun and its tragedies can change in a moment.

J.S Watt's previous books "A Darker Moon", "Cats and other myths" and "Songs of Steelyard Sue" are also available, see the website for details

Many thanks to her for the interesting post!
Posted by Unknown at 06:01