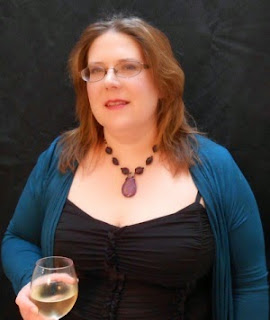 The thing that most people forget about fairy tales is that they were born when once-upon-a-time was present-day. People did walk through the woods to Grandma’s house, because there was a lot more woods and a lot more walking. There were knights and woodcutters and chimneys that needed sweeping. Storytellers populated the tales of right-here-right-now with dragons and fairies, unicorns and werewolves.
From the gods and demigods of Greek myth to the Seelie and Unseelie courts of the Celts, from Coyote and Raven to the Japanese kitsune who were sometimes foxes and sometimes people, tales of miracles and magic exist in every culture. The human race seems to have developed with the idea that, for good or ill, magic could happen to anyone who wandered off the path in the fog, or took the short-cut through the woods, or made a bargain with a stranger they met at the crossroads. The universality of these tales would indicate that they serve some deep-seated need.
In grade school, we were taught that the myths were humanity’s way of explaining things like how the sun moved across the sky before we discovered science. As an adult, I have come to believe that explanation to be somewhat limited.
I think that tales of wonder fulfill the human need to find a sense of magic in the world. Confronting the metaphorical dark powers in these tales teaches the soul courage to stand against the real evils of the world. Believing in elves and fairies for the space of a tale helps readers to see and appreciate the beauty of the real world when they surface from the book and look around them. I think the act of suspending disbelief to lose yourself in a tale of werewolves and vampires shakes something loose, leaves you open to seeing things in a new way.

We owe much to Tolkien for re-popularizing fantasy, but for too long writers and publishing houses got stuck in the idea that fantasy had to take place in the long-ago. Or else in the far future (any hard-SF devotee will tell you that Star Wars is space fantasy, not true science fiction. Which I personally consider part of its charm.) Now, don’t get me wrong. I love a good space fantasy as much as the next geek, and I could hardly criticize high fantasy as I write almost as much of that as I do contemporary. But people forgot that fairy tales, the antecedents of fantasy, were born when all the historical trappings were not historical at all. Mary Shelley’s Frankenstein has been called the first science fiction novel. It could also arguably be called the first contemporary fantasy. She set her tale in her own time period, and the ‘science’ bears as much resemblance to Merlin’s alchemy as it does anything else. Certainly the reanimated corpse resonates with myths or religious tales the world over.
People ask ‘why urban fantasy’? To me, the only response is ‘why not urban fantasy? I think contemporary fantasy is our culture’s attempt to create its own mythos.
As an aside, I prefer the term ‘contemporary fantasy’ to ‘urban fantasy’ as being both more accurate and more inclusive. I mean, what if the story takes place in the suburbs? Does that make it suburban fantasy?  My novel Ravensblood takes place mostly in an alternate-universe version of Portland, OR, and so I call it urban fantasy. But a few key scenes take place in and around a cottage in the Old Growth forest of Mariner State (The state of Washington in the Real World). Does that make it an urban/woodland fantasy? How about its sequel, Raven’s Wing, which takes place mostly in AU Portland, with scenes also in unincorporated Newberg and in Arch Cape and a chapter or so in the Australian Outback? Urban/rural/coastal/Outback fantasy? Oh, my.

But since ‘urban fantasy’ is the term readers search under in Amazon and reviewers use when outlining what they will and won’t read, I mostly stick with that.
When Ravensblood was still in the developmental stage, I got an excellent piece of advice from an agent I was chatting up at a writer’s conference. (Lest I get a reputation for bad behavior at conferences, let me clarify that I was chatting up as in trying to get into a contract, not into his bed.) I told him I was working on an alternate-universe urban fantasy set in a city very like Portland.
He interrupted me right there. “No. Not like Portland. Set it in alternate-universe Portland. Your readers will be much more invested.”

And he was right. Not only did it help me out in the writing, since I was describing places that existed and that I knew intimately, but it made for much more engaged readers. People who live in the Portland area told me how much they loved the feeling that the story could really happen here, and this despite the fact that the Ravensblood universe is a very alternate universe version of Portland. Ex-pats of the Pacific Northwest said the descriptiveness of my prose made them nostalgic.
Perhaps one of the most surprising payoffs came from my OMSI/OMMSI reference. In the real world, OMSI is the Oregon Museum of Science and Industry. In the Ravensblood universe, there is an extra ‘m’: the Oregon Museum of Magic, Science and Industry. It was just a cheap throw-away I tossed in to amuse locals, a brief mention of Cass seeing the red lights of the OMMSI sign reflected on the river as she crossed one of the many bridges of Portland.
But one of my beta readers, a woman who lives in France, e-mailed me all excited because she had done a Google search and found the website for the real-world place. I hadn’t even told her there was a real-world place.
When she flew out later visit me and to take the Ravensblood tour of Portland, I greatly enjoyed showing her all the places where, in another version of reality, magic could happen at any moment. 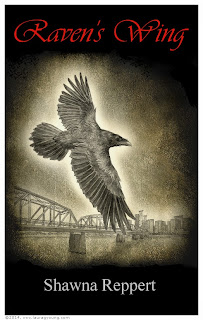 ***
Go and check out Shawn's site where there's much more information on all her books. Many thanks to Shawna for the interesting post!