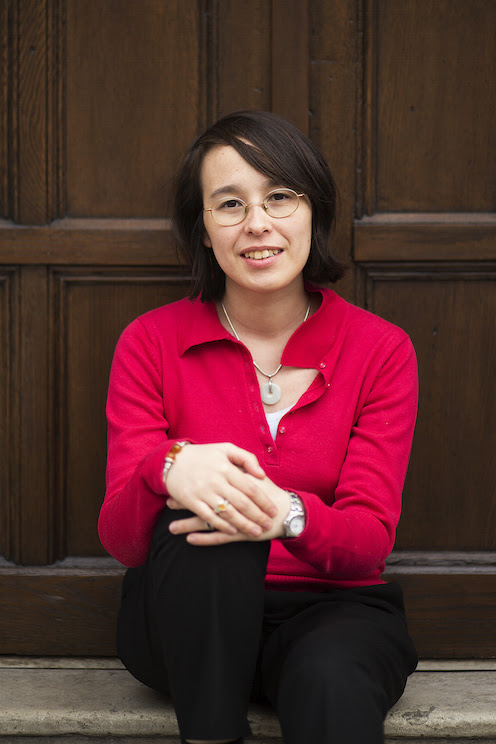 Aliette de Bodard writes speculative fiction: her short stories have garnered her two Nebula Awards, a Locus Award and a British Science Fiction Association Award. She is the author of The House of Shattered Wings, a novel set in a turn-of-the-century Paris devastated by a magical war, which won the 2015 British Science Fiction Association Award. She lives in Paris. 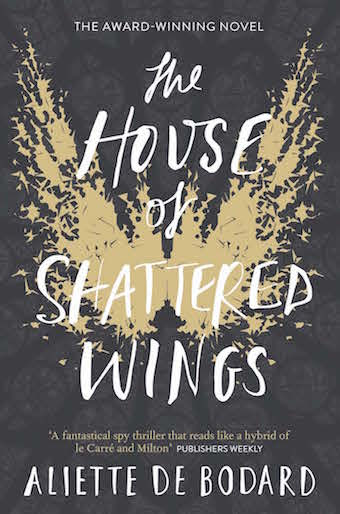 Tell us a little about the book - why is it called the House of Shattered Wings?


The House of Shattered Wings is a dark Gothic fantasy set in a decayed and dangerous Paris: in the wake of a devastating magical war, factions are fighting in the ruins of the city for power and influence. House Silverspires, once the first and foremost of these factions, finds itself in a precarious position when a newly-arrived youth from Annam (Vietnam) inadvertently unleashes a curse within its walls.

It's called that because I brainstormed the title on twitter :) More seriously, the various magical factions are "Houses" because they're geographical units that control a set of streets, but also hierarchical ones that function like quasi-feudal, enormous households. And "shattered wings" refers to a major feature of this universe, which is that amnesiac Fallen angels arrive in the city (and all over Europe), and are the source of the dominant magic: both innate magic-users, and a source of a power that can be passed on to others and/or harvested from their dead bodies...

And it's got Lucifer Morningstar sitting on a throne in the ruins of Notre-Dame. If that doesn't convince you to read the book I don't know what will!


What was it about Paris that made you want to set a novel in the city?

Well, I live there :) It was very much a case of "write what you know", or at any rate what is close to hand. I originally set out to write an urban fantasy about families of magicians fighting for influence in Paris--except that my writer brain could never muster any enthusiasm for it. Then I decided I needed a setting that was a little more overtly fantastical, and I decided that destroying the entire city in a magical conflagration sounded about right--I could have a hint of the familiar but also the freedom to make up arresting visuals and an entirely different universe (I swear I don't have a grudge against the city, lol. I just wanted a particular vibe to go with the book, and I've always had a weakness for Gothic).


Did you do any specific research for the book - was it difficult to stop researching?

I did a lot of research into places, mostly: monuments of Ile de la Cité and their history (trying to find out if there was a crypt in Notre-Dame, for instance, was rather more involved than I thought, since I was on bedrest for health reasons at that time), and also into the history of 19th Century Paris and 19th Century Vietnam, since that was the period vibe I wanted to give to the book. I didn't have trouble stopping to research: what I usually do is stock up on research until I can get a plot to coalesce together. When that happens I usually put away the research books and only dip into them for the occasional detail.


If you could be one of the characters in the book who would it be and why?

Uh, I don't really think I would like to be anyone in the book, because so many unpleasant things happen to them (it's my job as the author *grin*). But if I had to pick someone I'd be Claire, the head of House Lazarus: she's this old woman who people keep underestimating--running one of the weakest magical factions in Paris, and getting away with it by sowing dissensions among the other factions. I'm not saying I like what she's doing, but she's certainly one of the characters who excels at getting what she wants!


Do you write a lot of short stories?

I've lost count! I started writing short stories because I thought they'd be easier to get critiques on than a novel (I now know that was a really bad idea, in the sense that while there are common points, knowing how to write a good short story doesn't mean you know how to write a novel). I wrote a lot of.. middling ones before I came to a realisation in 2012--which was that, as uncomfortable as it was, I should focus on things that mattered to me and that touched on my personal history and culture. I ended up writing "Scattered Along the River of Heaven" (http://clarkesworldmagazine.com/de_bodard_01_12/), a story that focused on wars, diaspora and forgiveness, and was rather surprised to see it well-received--and I haven't looked back since.


Do you prefer the short or the long form & why?

I like both, but they're very different beasts! Short fiction is great for mood pieces, for experimenting with structure and unusual voices (all right, I confess to a liking for present person second tense, a POV I'd never try to write an entire novel in), and novels are good for tackling complex themes, complex plots, and for a deeper form of reader immersion. It's easier for a universe to feel lived in in a novel, I feel, because there's more space to show details, texture, and all the things I usually ruthlessly have to cut out of short fiction.


How do you decide what is a short story idea and what is a novel idea?

Mostly it's a question of depth? Not of the world as I've become rather good at highlighting only the pieces of the world that the plot is interested in: in my Xuya universe stories (they're short stories set in a recurring Vietnamese galactic empire), I don't have too much trouble throwing the spotlight on one feature or another and still keeping the result short. But rather it's plot and characters: in a short story I have a fairly simple plot, and a limited number of characters who aren't spear-carriers; in a novel there's more scope for several entwined stories, longer timeframes, complicated plots... The House of Shattered Wings, for instance, has three main characters, the Vietnamese youth, an alchemist addicted to a lethal drug, and the head of House Silverspires, who's desperately trying to safeguard her faction from the curse; and I had a lot of space for delving into these characters--what made them tick, how their past got them where they are, and also how best to use the plot to put them into uncomfortable places (my way of writing tends to be "how can I make this character's life miserable", accompanied by "what could go horribly wrong here?").


What are you most proud of in the book?

Having written it at all I think! I hadn't written a novel in five years, and I started seriously working on this one while I was pregnant: it moved in fits and starts because I had to juggle fatigue, health issues, and later a newborn. I was convinced I would never finish it, and the process was extremely draining. But I hung on because I've always been stubborn (and my agent was kind enough to send encouragement as I was making my way through it).


You have lots of recipe links on your web page - is food important to your writing? If so how?

I love food! I'm a foodie (I love to eat well, I love to cook for myself and especially for friends and family, and I'm always on the lookout for new experiences I can try to improve my cooking). And because food is important to me, I feel like it should be important in my worlds as well. If you think about it, how we prepare and eat a meal packs up so much meaning: what kind of staple food and how it gets there (agriculture, commerce), how it is prepared, in what company and what conditions (families, social hierarchies, implements and sources of heat available), how it is eaten (communally, in individual meals, how restaurants and cafés and inns differ from home cooking, food as a sign of social standing), how food plays into memory (childhood meals) and perceptions of home, etc. In my fiction I use it deliberately as an indicator of some or all of those things: there's a scene in The House of Shattered Wings where a magical faction serves shrimp on toast, an indication that, in a devastated country, they can afford to have fresh seashell--it's not only a matter of taste, but also a statement of wealth and power, a "you do not want to mess up with us" sign!


In one sentence what is your best piece of advice for new writers?

What you feel while writing something and the quality of that something have absolutely no correlation.

Ive just started the book so expect a review shortly
Ive
Posted by Unknown at 01:44