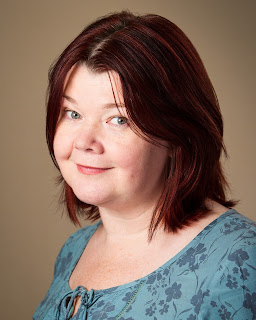 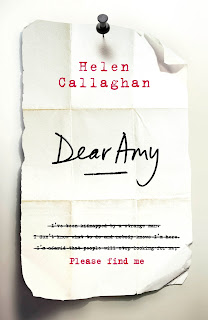 So for the first time in years I’m writing crime - my forthcoming novel, Dear Amy, is a psychological thriller set in Cambridge. In it Margot Lewis, a Classics teacher in an upmarket private school and part-time agony aunt for the local paper, receives letters from a girl who has been kidnapped nearly twenty years previously and has been presumed dead and starts to investigate them.

Dear Amy is a departure for me - or rather, a re-departure, as a version of this novel was the first full-length piece of fiction I ever finished, when I was 21. For most of my life, I’ve written science fiction - such as Mephistophela, the near future heist thriller that got me my agent, and Sleepwalker, the sprawling on-off love of my life set in a multiplicity of alternate universes.

The novels attracted some lovely remarks but never sold to publishers - Mephistophela was a victim of the shaky financial times in publishing around 2009, when nobody was sure if print publishing still had a future and in 2013 Sleepwalker had been admired but was considered too vast and labour-intensive for a debut.

I received this news in the cafe at the London Review of Books bookshop near the British Museum. My agent asked me if I had anything else in train, and I remembered Dear Amy, or Bethan Avery as it was called at the time - this being the name of the missing girl at the centre of the mystery. We talked about it, and decided that I would rework it over the next six weeks and she’d take a look at it.

Well, it wasn’t six weeks. I opened up the old DOC files for the first time in a decade and immediately realised that the whole thing would need completely rewriting.

The biggest difference between crime and speculative fiction is that crime is inherently more conservative (with a small c. And sometimes a big C, but hey-ho - you can say that about SF, fantasy, horror and romance too). In speculative fiction the world expands, spilling out past the borders of the quotidian. Stories are set either in completely new worlds, each with their own set pieces and idiosyncrasies, or if they are based in this world there is a hidden or contrasting world existing in juxtaposition with it.

In crime writing, a world where borders are already forced open and transgressions have taken place is returned to equilibrium. In that sense, the goal is to make the world became flatter, smaller, and safer -  to ensure that the wilderness that exists even in the most built-up of cities is banished. A return to justice is a return to balance and order.

These preoccupations reach out into the writing itself. In speculative fiction, one can (and indeed is forced to) describe more boldly, to draw pictures in the air, to invoke wonder as one summons the unseeable - it requires more figurative writing. In crime, realism and atmosphere are the rule. Small details are what the plot hinges upon and must be presented precisely.

It’s actually a different way of doing fiction, and again and again I found myself revisiting my work, trying to winkle out the particular virtues that would let it shine in this new genre outing. I changed the location from Manchester to Cambridge, with its evocative colleges and haunted fens, I altered the nature of the antagonist, I cast the protagonist’s miserable past into something less hysterically melodramatic.

A year later the book sold at auction, so something must have gone right. I suppose the question I often ponder is whether my speculative fiction training was ultimately a help or hindrance to its uptake, and to be honest I’m still not sure. I suppose that the best I can hope for is that people enjoy the book when it comes out June 16th.

You can read an extract here

BRSBBLOG highly recommend this book - please check it out, and pre-order a copy...
Posted by Unknown at 01:14