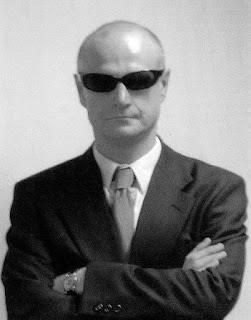 Hi Pete, thanks for interviewing me.
So far I’ve  only had one book published, a novel called ‘Celebrity Chef Zombie Apocalypse’.
I say published; it’s due out on May 28.
It’s a horror story with a sprinkling of satire and of course a large dollop of blood.
I’m already writing a sequel (working title: ‘Zomcats’)
I enjoy combining  dark content with humour, so it’s likely that all my novels are going to be in the horror genre and have gross-out moments followed by lighter interludes.

That’s ‘Celebrity Chef Zombie Apocalypse’.
It’s about a dead celebrity chef called Floyd Rampant who is turned into a sex-crazed flesh-eating zombie when a scientist’s experiment, which is intended to raise him from the dead, goes wrong.
Rampant realises that he’s the only zombie on the planet and he doesn’t have a chance against humanity, as the odds against him are 7 billion to one. He decides to recruit other celebrity chefs to the zombie cause to level up the odds, and he creates an army of celebrity chef zombies. Their aim is to enslave humanity and use people as ingredients for their cordon bleu dishes - which of course they eat with relish.

The same thing I always learn – that it’s not easy – it’s never easy!
Having said that, I was fortunate with this one, because the words just flowed out of me, as if it was the book I was born to write. I finished the first draft unbelievably quickly – in just three months.
But that’s when the work began. The real writing starts with the editing, and editing 78,000 words (the word count of my novel, give or take) was a massive undertaking.

I’d add (at risk of sounding pretentious) that all fiction writing involves exploring your own psyche. So, every time I write something, I learn a little bit more about myself; and perhaps even (at risk of sliding further down the slippery slope of pretention) a little bit about the human condition.

Yes,  very much so. I like to start with  an interesting premise.
In this particular case, my premise was that zombies could be intelligent.
Then I posed the question: if they were intelligent, what would they do?
They wouldn’t try to eat everyone and infect everyone, as that would mean that eventually the entire population of the world would be a zombie, and there’d be nothing left for them to eat.
I decided that intelligent zombies would aim to enslave humanity and use people the way we use cattle – farm them for the dinner table, and in all probability,  use some of them as slaves, as well.
Anyway, when I’ve thought of the premise, I like to have a brainstorming session and come up with interesting ideas about where the premise could  lead. What interesting scenes could develop from it?
Finally, I sit down and do the hard part - writing!.

I don’t write anything shorter than  full-length novels.
I have great respect for short-story writers, but it’s not for me.

As a writer, I’m far more at home with the long form.
As a reader, I’ll read anything, of almost any length. In my teens I read ‘Stand on Zanzibar’, and if memory serves me correct, that was a doorstep of a novel.
Right now my reading matter includes ‘Jawbreakers’,  a collection of flash-fictions;  ‘Demise and other Macabre Endings’,  a collection of short stories; and ‘The Final restoration of Wendel Pruce’, a novella.
I made a point of reading one of your flash fictions a few weeks ago. (White Noise/Black Silence) It was about a prisoner in solitary confinement in a strange sterile cell. The image has stayed with me. It was hauntingly disturbing.

Samuel Johnson, the Prime Minister’s Aide. He has a habit of dropping sardonic comments into his conversations with the P.M. I make the odd sardonic comment myself – I hasten to add, Johnson isn’t me, or a ventriloquist’s dummy , or anything like that. He’s a real person in his own right.

I can’t really say too much about this, because it’d involve giving our readers plot spoilers.
Let’s just say, it depicts  a zombie chasing two people  through the middle of a town. If you read the novel, you’ll identify immediately the scene I’m talking about when you get to it.

I got there via the publisher’s slush pile.
I’ve sent submissions to agents in the past, and on four occasions they’ve requested the full MS. But they never made me offers to represent me, partly because I hadn’t mastered my craft at the time, and partly because my stories are too weird for most agents.

The same advice we’ve all been given by published authors: keep writing.
I can’t stress how important sheer volume of output is to this game. You learn by doing. It’s the only way.

Please do check out the book - (a guest review below)

Celebrity Chef Zombie Apocalypse is to pulp horror fiction what Gulliver's Travels is to
travel writing or Moby-Dick to whale-watching. It is zombie-genre writing raised to another
power, and it results in a change of state.

The range, the scope, the satire, the dark laughter, the ambition - these distinguish Jack
Strange's book. It is head and shoulders above your average zombie fiction (though the
head is still distinguished by chopsticks in the eye sockets and perhaps even an axe
embedded in the forehead).

Someone has said zombie novels are really all about social breakdown and a modern
epidemic of alienation.

To this insight Jack Strange brings an hilarious biting commentary on Britain's peculiar
North-south divide, the nation's two cultures, as distinct during Cameron's premiership as
at any time during the last, oh, 100 years.

The centre-stage is occupied by celebrity chef Floyd Rampant and his fellow-zombie
creature, the feline Henderson.

Floyd Rampant is a larger-than-death character. The late great Terry Pratchett himself
would perhaps not have been displeased to have invented Rampant. Henderson, his cat,
is unfailingly entertaining in his unkillable exploits. (And by the way the transmogrification
of Sydney Bartholomew, a cat-bully bitten by Henderson in chapter 28, into a zombie-cat
is a comic gem.)

Rampant hopes to harness the forces of globalisation (via the conference-circuit) to turn
celebrity chefs worldwide into zombies in order ultimately to establish a
"Cookiphate" (geddit?) in which zombie chefs will dine to their unbeating hearts' content on
a captive population - that of Kirklees in the North of England, as it turns out.
Let me show you what I mean about the quality of this novel.

' "We know what you're up to, Rampant" said the PM. "We've seen your videos on the
Dark Web and we know all about your Clacton Cookiphate. We want you to know that we
don't have any objections to a Cookiphate in principle, so long as you don't try to take over
the entire country. But we can't really agree to your use of Clacton as the capital city of
your Cookiphate. We're prepared to offer you Huddersfield instead." '

The depth and keenness of this satire is refreshing. Celebrity Chef Zombie Apocalypse at
times echoes the silver age of American pulp writing in the 1970s. Yet it is as
contemporary as a drone strike.

The climactic carpet-bombing of Huddersfield's town centre by reconditioned Lancaster
bombers has its analogue in several generations of economic neglect of the region bycentral government. Like Jack Strange, I understand this from the inside - indeed, he and I
grew up in the same town.

But you don't need to have experienced all that to enjoy this unremittingly laugh-out-loud
funny debut novel of a coruscatingly gifted writer.

Jack Strange (not his real name) is at times so bright that you feel sorry for his victims, a
rich shooting gallery of targets drawn from popular culture.

Many of these are recognisably people we love to hate. By killing or zombifying them in so
many lurid styles Jack Strange is performing a public service.

So there is, for example, the host of Pogsgear on the Carmania channel, Eric Pogson,
former presenter of digital-channel Car Dorado's "4.00am". Then there is Kat De Vine of
Kat's Cooking, the photogenic, voluptuous mistress of the kitchen and high-priestess of
society's newest religion: TV cooking.

What are you waiting for? Celebrity Chef Zombie Apocalypse is about to become available
in paperback and online.