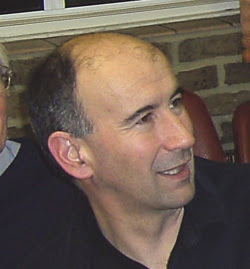 Martin Owton is a Fantasy and Science Fiction writer represented by Ian Drury of Shiel Land Associates. He is a member of the T-Party Writers Group and Rushmoor Writers. He runs and takes part in pub quizzes and follows the fortunes of Southampton FC. In his real life job he is a scientific researcher for a major pharmaceuticals company. He is married and lives in Lightwater, Surrey.

He's dropped in to talk about what he learned whilst writing his book Exile - which is available now!

What I learned writing ‘Exile’