Looking forwards (with a bit of looking backwards)

I’m going to be working on a novel – seems a little intimidating to say that, it gives lots of people expectations. I’d like to finish the first draft in 2014.

I’ll continue to write the occasional short story. I’d like to sell one or more in 2014.

I’ll continue to help run the NBCWG. I’d like for NBCWG to take part in “The Writers Slam” (see below)

I’ll continue to create events for Vala. Look out for news on the Vala reading group coming soon and an exciting event in Bristol Central Library.

I’ll continue to work at the Bristol Festival of Literature (2014 plans to be announced soon).

I’ll be trying to organise Bristol writers slam later in the year, like a poetry slam but with prose. This will showcase the various writers groups around Bristol.

I’ll be at Nine Worlds, York FantasyCon and BristolCon for definite, probably a few other cons too.

And the bit of looking backwards? I was very lucky to receive a birthday present of a bottle of tailored Gin (Sutton's Writers' Unblock) from the fantastic people of Cambridge Distillery - http://www.cambridgedistillery.co.uk/gin-tailoring/ @cambridgegin 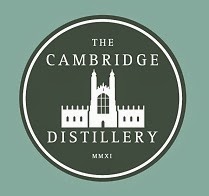 It was a birthday surprise and even arriving in Cambridge I didn’t know what I was in for (I’ll have to go back some day as a lot of things were closed  due to it being the beginning of January). When it was time to go to the distillery we ordered a taxi, for obvious reasons, and expected to be whisked straight there. However the taxi driver had no idea there was a gin distillery in Cambridge and after a bit of confusion about which Station Road we needed to go to we determined that it was in Histon. Station Road, Histon is a fairly unassuming street and the distillery, the smallest in the UK,  is totally unobtrusive. Will, the master distiller, soon made us feel at home and explained the idea, with props. It appears that most gin distilleries just dump all their botanicals in the still and boil it all up together. Cambridge Distillery uses a vacuum system in order to boil at low temperatures and blend the different botanicals separately. Unlike some gin they don’t use flavourings. I was treated to a blind tasting whilst we chatted about subjects as diverse as the Champagne method (invented by an Englishman you know), left handed bottles and Tuscan castles. 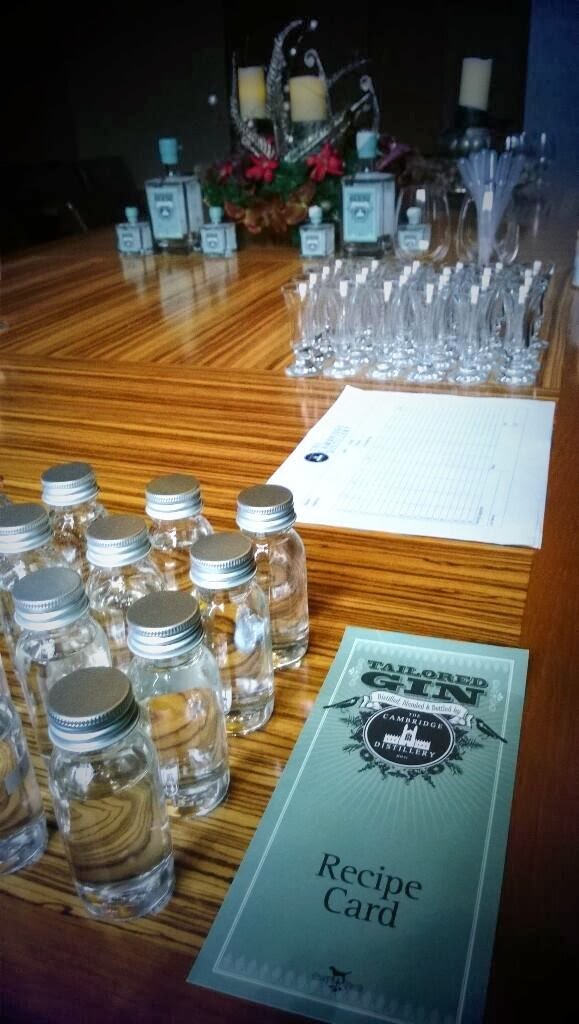 I tasted about 16 different botanicals, by themselves, which was an education in taste (seriously Will should write a book called “Taste”) before the master distiller made two different blends based on what I liked, didn’t like and was indifferent to. Tasting both and giving feedback on initial, middle and finish meant that he could add the final tweaks to make the best gin I’d ever tasted. Of course it was the best gin I ever tasted as it was tailored for my tastebuds. He says he can tell you what whisky you’d like (spot on with me), what beer and more. Not only was it an education, cementing some vague thoughts I had about what I like and didn’t like about certain tastes (no surprise that I like Lime over Lemon but a big surprise I don’t like Rose considering I love Turkish Delight!) it was highly entertaining and Will was a fount of knowledge.
Once the recipe was decided it is named & numbered and I'll be able to order it when I run out (which will happen sooner rather than later I feel) and buy it for presents also. I feel they have just created a loyal customer....
At the end of the session as we discussed what to call the gin we had a final treat which was a recommendation to visit the Red Lion in Histon, one of the best local pubs I’ve been in for a long time. All in all a fantastic birthday present and one I’d highly recommend. They do sometimes do tailoring tours & will be in Bath soon so follow them on Twitter to keep up to date. 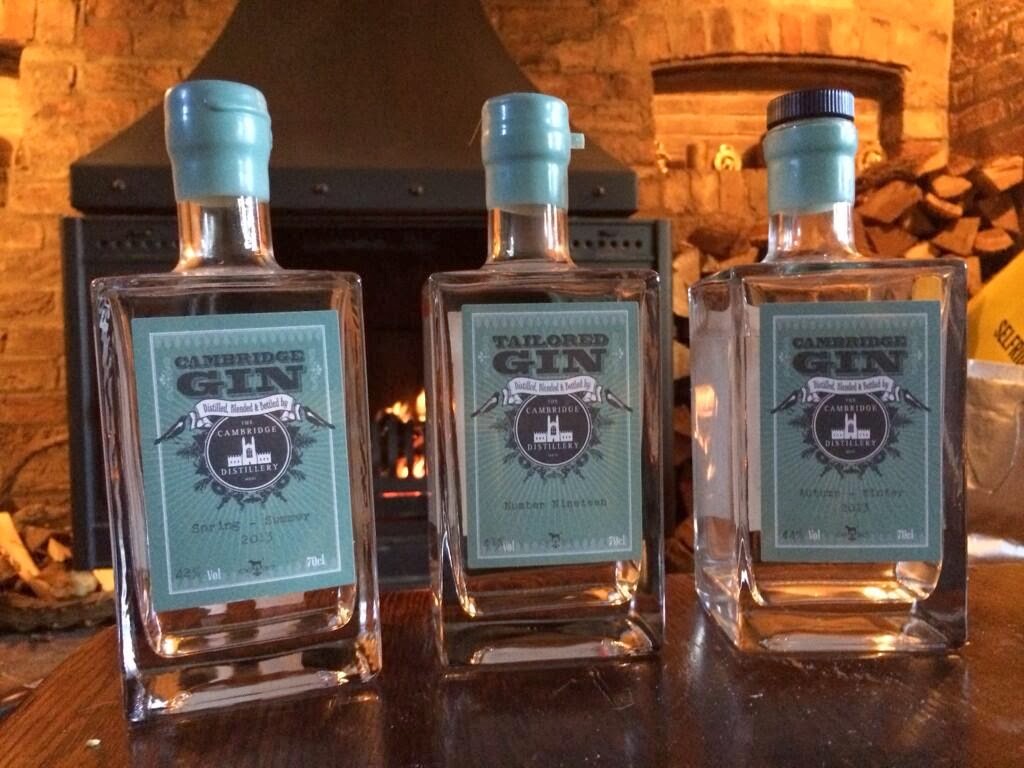