Jamie Schultz has worked as a rocket engine test engineer, an environmental consultant, a technical writer, and a construction worker. He lives in Dallas, Texas.Website: jamieschultz.netTwitter: @JamieDSchultz 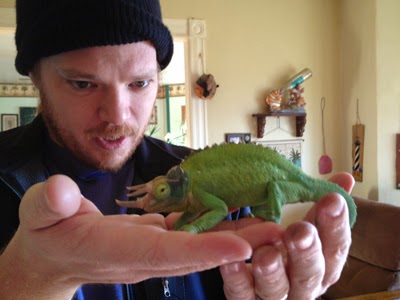 I asked Jamie what he'd learned by writing his latest book, the third in the series that starts with Premonitions


What I Learned About Writing By Writing My Latest Book

I’m currently in the process of wrapping up a draft of the as-yet-untitled third book in the series that begins with Premonitions, and to say it has been educational would fall rather short of the mark. I’ve churned out a lot of words in my time, but in writing this book I think I’ve learned more in a shorter time than ever.
Before I get into the list, an important bit of process background: I write to an outline. I’ve tried writing with and without, and let me tell you, the results are gruesome without—the story rapidly devolves into a meandering, mucky mess. Especially with the Premonitions books, there are so many threads and characters, each with their own arc, that if I don’t make some effort to coordinate beforehand, I end up with an ungodly, unreadable mess, a ton of threads that don’t tie off at the end, and character arcs that sort of just… dangle.

That is not to say that my outlines are generated in an exactly linear fashion. They start that way, but then they break. I end up overhauling them maybe three times in the course of writing any given book. In the process of repairing them, I end up tagging different characters with different colors, bolding bits that need extra attention, highlighting in garish yellow changes I have to go back and make—by the time the book is done, the outline looks like spam email from an insurance salesperson.

This is all a normal part of my process, and I’ve gotten used to it. However, with this latest book, I’ve learned a whole pile of other things. These are, in convenient list format:

1.) Any time I write the word “somehow” in an outline, I am, in fact, creating a cosmic ass-beating for myself down the road a ways. That is because a whole lot of nasty can hide under the word “somehow,” and when you turn it over, the stuff that comes crawling out seems like it must have come from some endless, TARDIS-like pocket universe, because there’s no way it should have been able to fit under that single word. In the outline, it’s easy to say something simple like, “Somehow, Alice gets her hands on the fabled newt skeleton of yore,” or whatever. In the actual writing, the naive author (me) realizes just before writing that chapter that a) Alice doesn’t actually know where the damn thing is, b) it’s guarded by sixty men, and Alice doesn’t have anything more than her trusty knapsack with lunch in it, and c) it turns out Alice doesn’t actually have any reason to be over in the general vicinity of all this nonsense anyway. Oops. The ripples formed by trying to fill in that “somehow” end up radiating through the rest of the manuscript, forward and backward, sometimes obliterating thousands of words with their wild undulations.

Moral of the story: “Somehow” is bad, bad outlining. That word is trying to tell you something, probably something important, but it’s a small word and it can only speak in a whisper. Ignore it at your peril.

2.) Sequels are, like, hard, man, particularly sequels to the first book you’ve sold to a publisher. It feels like you’ve just run this exhausting, exhilarating gauntlet—finished a manuscript, polished it to a flawed but glorious gleam, found an agent to represent you, found a publisher, waded through contracts and then another edit and a line edit and a copy edit and proofreading, and the whole time everybody’s telling you how great your book is and you’re super excited and then:

Oh, hell. What do you do for an encore? In my case, I had an outline for the second book and a germ of an idea for the third, but after all the excitement of the first, it seemed impossible to follow up. The expectations were one thing (Oh God, what if the first one was a fluke?), but there was a whole other nest of snakes associated with sequelness. How do you keep what was special about the first one without becoming repetitive? How do you make sure your characters grow, but still have room to grow? How do you deal with the grim horror of maintaining continuity? I have joked that I now need a concordance for my own series to be able to write it without screwing up, and I’m only on the third book. I have no idea how authors with ten, twelve, fifteen-book series keep all this stuff straight.

I have, however, finally realized that if I don’t get organized, I am DOOMED. To this end, I have gone back and rewritten the outlines for previous books to be consistent with how the books finished up. That way, I have a (mostly coherent) record of what happened in which order, and I can easily refer to it when I get in a bind. That misses a bunch of the details, though, and I am still figuring out how to get those sorted in some convenient way. For the nonce, the search function in Word is my friend. If you have any cleverer ways to track this stuff, I sure would like to hear them.

3.) By the time all the dead-end threads, missteps, extraneous characters, and just plain crap is weeded out of the manuscript, I will have written 20%-50% more words than show up in the first finished draft. I thought that was a series of aberrations at first, but now I’ve realized that’s just how it goes. An outline is just a skeleton, and by the time I start to put the flesh on, I often realize that there are bones in that skeleton that just don’t belong. Sometimes, I have to put a lot of flesh on before I realize that the beast in question doesn’t actually need a fifth leg. Sometimes I have to put a lot of flesh on it before I even recognize the fifth leg as such. I thought it was a neck for a second head or something.

I’ve abused that metaphor quite enough, I think.

The point is twofold. First, a strictly mechanical one: I need to build in enough time to write more than to a strict word count. Second, and probably more important: I need to give myself time and license to explore. The outline is a scaffolding that I use to build big old sloppy word sculptures. If it turns out that the sculpture would look a whole lot better with less stuff over here and more over there, I need to be able to try that out. Change the scaffolding, glob some stuff on over there, and see how it looks.

That’s where some of the best bits come from, anyway.
Posted by Unknown at 12:09