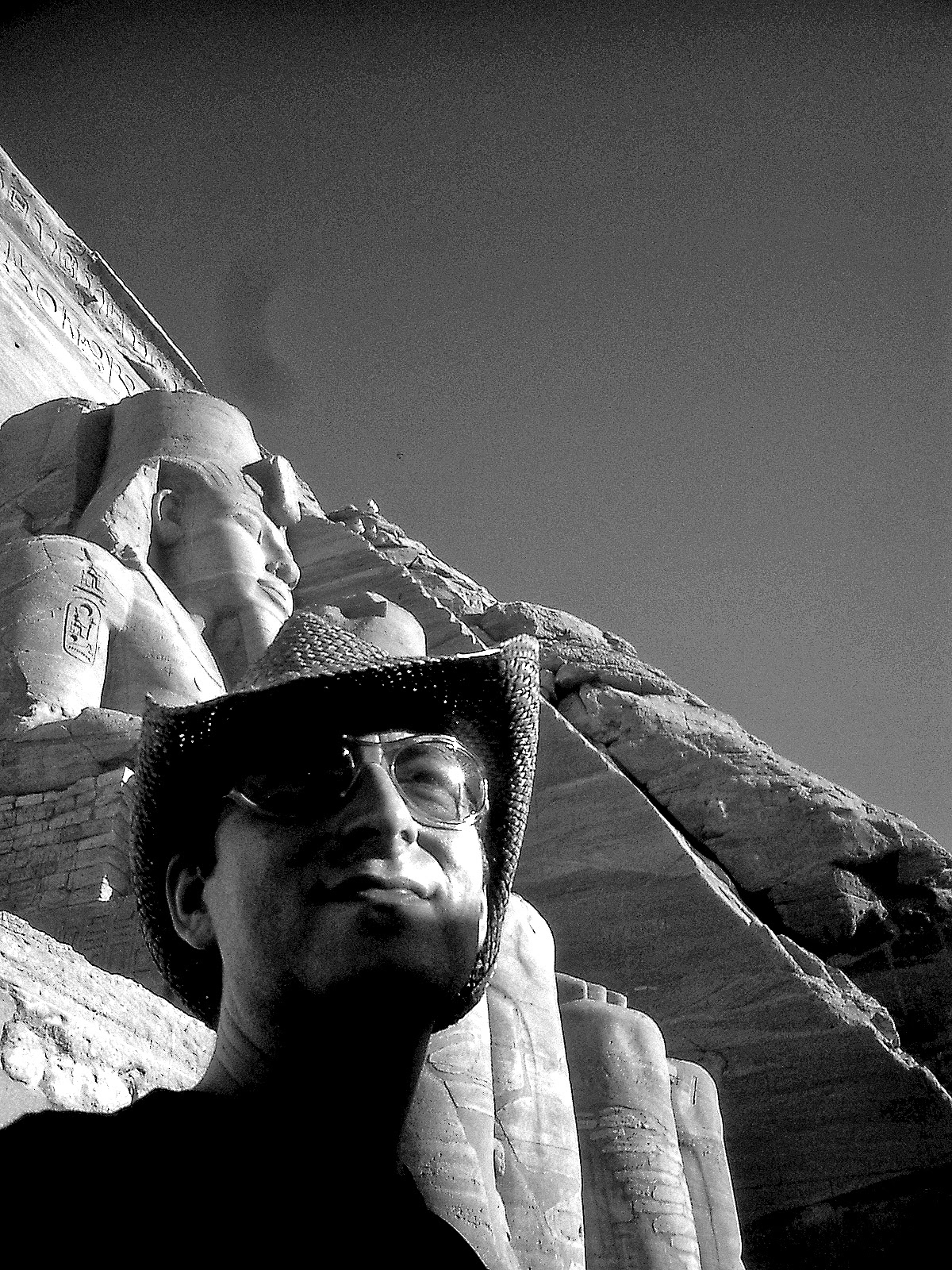 David J. Rodger is a British author of science fiction dark fantasy with eight novels under his belt. He is also the creator of Yellow Dawn- The Age of Hastur, an RPG that blends Cthulhu Mythos and Cyberpunk themes into a post-apocalyptic setting. His books cross many boundaries to deliver a new and exciting fusion of ideas and genres. Critics describe his work as character driven, richly plotted, delivering tension and drama with a quick narrative style, and punching far above his weight as an indie author. Each book is stand-alone and can be read in any order, but occupy a shared universe allowing you to build a deeper knowledge with every story. He has written for SFX and had short stories published in the UK, US and Canada. Represented by Floyd Hayes.


WRITING THE CTHULHU MYTHOS INTO THE FUTURE
So I write science fiction dark fantasy. That's the general classification. But if you were to perch next to me at the bar and ask me what I wrote, I'd give you a little bit more flavour. The core tends to be a thriller or detective story, pushed into the near future (three novels push it even further, ten years after an apocalyptic event called Yellow Dawn), and typically resting on the sinewy, uneasy, tentacle-like pillars of H.P.Lovecraft's Cthulhu Mythos. And that's what I've become known for - writing the Cthulhu Mythos into the future.

It's very rewarding to be recognised as a voice within a genre I am passionate about. It is even more exciting to see H.P.Lovecraft's work oozing further out of the shadows of obscurity and into more commercial avenues. Lovecraft, and the Cthulhu Mythos he created, is gaining the recognition it deserves.

But is that really all that is happening here?
Many commentators have talked about the Cthulhu Mythos as being a lost epoch from Earth's distant past. A horror that has been and gone, leaving behind a few nasties for hapless investigators to uncover and crazed cultists to revere. H.P. Lovecraft hinted at the Mythos being from outside Time. So perhaps the current renaissance in the Cthulhu Mythos is linked to the paradoxical nature of events that can come crashing into human history from Beyond?
Alan Moore would state that today's increasing interest was merely part of the foreshadowing of the approaching time when the horror of the Cthulhu Mythos rains down upon Earth and humankind.
That's a frightening idea, isn't it!
What is the Cthulhu Mythos? It is the catch-all net to describe a pantheon of cosmic gods and monsters. H.P.Lovecraft's body of work sits at the core of this, but there are other writers and creatives who have added to it - Robert Bloch, Brian Lumley, Clive Barker, Neil Gaiman to name a few, including myself. Many horror writers through the late 20th Century have found the Cthulhu Mythos a compelling reservoir of endless, non-traditional, creepy and disturbing nightmares. The central tenet of Lovecraft's Mythos is that human beings are incidental and irrelevant to the machinations of these Gods and Monsters. We are ants crawling across a wall. There are also the hints about the true nature of the origins of Humanity...and the reality we believe we perceive.
If you’ve never delved into H.P.Lovecraft then I can’t urge you enough to try. His characters are wooden and two-dimensional, cannon-fodder for the dreadful situations they stumble into, but the brooding atmosphere his words can conjure up: it’s a wonderful discovery. And you don’t have to necessarily be a fan of horror to enjoy Lovecraft’s work. Less gore and more psychological displacement. Which is why the genre works so well when blended with other story types.

H.P.Lovecraft wrote his tales of cosmic terror in the 1920s and 1930s. Does the Cthulhu Mythos fit a futuristic setting? Absolutely. Cyberpunk, with its gritty urban settings, taught psychological tensions, fragments of hope amidst the burning wreckage of dreams and despair, makes a perfect partner for the weird, mutated horror of the Mythos. Biological experiments by rogue corporate labs go hand in hand with the monsters conjured by demented sorcerers and the fools that read recklessly from banished books. The expansion of corporate power masks the motives of men and woman and things that pretend to be human, who are seeking to acquire vast resources and wealth to unlock the boundary of the Quantisphere. Cyberpunk might sound like an anachronism from the 1980s but the nomenclature still works: technology savvy renegades fight against, or fight for, the power blocks of politics and corporate enterprise - the alliances of UTOC (United Table of Commerce). Meanwhile, the agents, detectives and investigators that represent these various powers do what they can within the maelstrom, at which point, swirling amongst all this come the tendril of the Mythos. With subtle infiltration or dramatic, city-destroying rampages, they come amongst us. When the Way is Open. When the Stars are in Alignment. And the Words are uttered, the Signs made and the Blood spilled.
Cyberpunk and the Cthulhu Mythos is an exciting fusion of genres to bring to ignite within anyone's imagination.
The Hollywood flavour of Cyberpunk would be movies like Bladerunner, Minority Report, and Dredd. Infuse this with the outré horror of the Cthulhu Mythos and you can start to visualise a genuinely powerful story experience. If the budget is right. Adaptations of Lovecraft films have historically been victims of poor budgets, relegated to shock & gore movies which can still be enjoyed but they tend to miss the vital point about Lovecraft’s work. Quick digression: having said that, if you’ve not seen them, “Re-Animator” and “From Beyond” are worthy. As is John Carpenter’s The Thing, which not classic Cthulhu Mythos does convey a sense of the alien horror that can come with it. Also grab a view of Cthulhu (2007) directed by Daniel Gildark, which I think does an outstanding job of bringing a contemporary feel to the uneasy, subtle yet claustrophobic terror of when the Mythos is close at hand in a small town.
Guillermo Del Toro (Hellboy) could be the saviour knight in shining chrome and cyberware. He’s been fighting to get one of Lovecraft’s best stories made into a feature-length, seriously funded movie. At The Mountains of Madness. Which follows the Lake and Peabody Expedition into the hidden depths of Antarctica in the 1930s where they unearth an alien horror frozen in the ice at the foot of an as-yet unexplored mountain range. Interestingly, recent satellite surveys of Antarctica have revealed an undiscovered mountain range buried beneath the miles-thick ice: so maybe Lovecraft knew something we didn’t. Not sure what angle Del Toro would take but I’d like to think he would punch into this with a fusion of big-technology and nefarious corporate interests (Pacific Rim meets ALIEN). 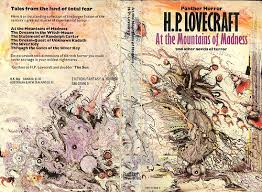 Del Toro has stuck to his guns with ATMoM, even after Universal essentially killed the project. But Del Toro’s new home, Legendary Pictures, holds a beam of new hope. Coupled with Del Toro recently conceding to make a PG-13 rather than a more financially risky R-rating.
So Lovecraft could, at last, arrive on the big screen with more gusto than Cloverfield or The Mist. And it could come blended with the machines, tech and attitude of Cyberpunk.
What is really driving H.P.Lovecraft into the minds of more people? Big hitters like Del Toro. But also the convergence of technology and popular culture: Indie-movies, computer games, art and the Internet. Personally, I like to think people are finally growing bored with the standard Hollywood definition of horror: ghosts, demons, vampires, werewolves, Frankenstein's monster. The media is picking up on this. There was a BBC Radio 4 documentary about the work of H.P.Lovecraft last year. And now Hidetaka Miyazaki, creator of Dark Souls has turned to Cthulhu mythology with Bloodborne- a game for Sony Playstation. Sadly, there is a dangerous twist to this increased awareness of the Mythos. The madness that it brings. Slenderman is a prime example of a Mythos meme. Something created based on dream-like visions and distilled nightmare. Now people are recreating it, which in turn exposes more minds to it, and so it spreads, like some sanity-shredding aspect of The Yellow Sign (Hastur) or a runic invocation of the Lloigor. Two separate stabbing incidents earlier this year, Wisconsin and Ohio, have been attributed to exposure to the Slenderman meme.

I have been told I am in a prime position to capitalise on this resurging interest in Lovecraft and the Mythos. Six of my eight novels are wrapped around the Cthulhu Mythos. In 2008 I published Yellow Dawn - The Age of Hastur, an RPG that takes the near-future universe of my books and shakes it up through a dramatic apocalyptic event - the consequence of a (partially failed) plot to inject the King in Yellow into Earth's consciousness. The RPG provided an extended platform, a new setting for new novels taking place after this Mythos-pocalypse (Dog Eat Dog; The Black Lake; The Social Club). So what happens next?

Go back to 1994 and the John Carpenter movie "In The Mouth of Madness" and you get a vivid account of where this meme could go in the full furor of the Cthulhu Mythos. The fictional author Sutter Cane corrupting the local reality with his written words – bringing the Hell of the Outer Chaos tumbling through the Void of time and Space. Science fiction is gaining an ever-increasing hold of the mainstream (maybe because hipsters try to play cool by being geeks?). Cyberpunk is emerging as the world of Tomorrow through technology, terrorism and politics. The Mythos itself is like a virus. It has the power to evolve. Read the signs: New horror ahead.
Posted by Unknown at 00:46