Today Alistair Rennie has dropped by the blog to talk about his writing & other topics. 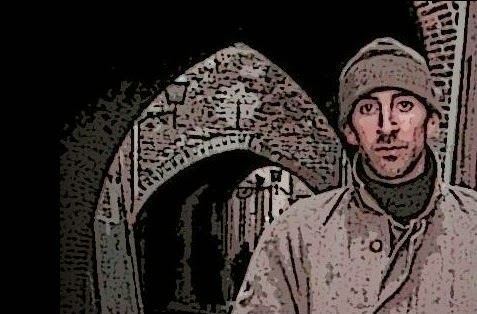 Alistair can be found at : http://alistairrennie.com/

I’m working on a novel which I intend to be fairly short called Dreadful Nights. It takes its name from a 19th narrative poem called The City of Dreadful Night by James Thomson.
It’s a horror novel about the activities of these sentient beasts of which there are two types, namely Goat Things and Shame Seekers. I don’t know what they are, to be honest. They’re sort of nature demons or emissaries of cosmic disorder – possibly of some esoteric religious significance. I won’t know what they are for a long time yet, because that would spoil the fun of writing the story for me.
But you'll be glad to know that, for good solid misanthropic reasons, these beasties are driven by a desire to destroy humanity by the most painful means and methods possible. The problem is, they are far too few in number to ever come close to achieving this. Hence my strapline: destroying the world, one human at a time…

I'm quite strict about the fact that I don't follow any kind of technical or number-crunching process. The element of spontaneity is paramount for me, to the point that I rarely plan ahead with anything, and certainly not in any detail. For me, it's a case of letting ideas trigger other ideas that crystallize into something greater. The important thing is also to ensure that you back up any momentum you have with effort.

You lived for ten years in Italy – who are the Italian authors we should all be reading (but don’t)?

My favourite Italian writer is actually a poet of the early 19th Century called Leopardi, a household name in Italy but not so well-known in English-speaking countries. Funnily enough, James Thomson mentioned above was one of the first people to translate Leopardi into English. They both share a bleak outlook, to put it mildly.

Valerio Evangelisti would be the one of interest to genre fans. He's a very interesting writer.  And I know that Italian crime fiction is very strong right now, spearheaded by Camilleri but with quite a few others picking up the mantle. So if you like crime fiction, Italy is waiting for you.

I first came across your work in The New Weird There has been some debate over what the term means, would you describe your work as New Weird & what do you think it means?

I see New Weird simply as a mode of fiction that takes disparate elements of fantasy, horror, SF and crime fiction and fuses them together in one setting. Such things have been done before, but not with the same overtness or carnivalesque disregard for the rules.

But what I think is most important about New Weird, what it does best, is that it fuses literary and pulp styles until they're no longer distinguishable, doing this partly as an effort towards obliterating class structures within fiction, as it were. New Weird is deliberately perverse, but not for the sake of perversion alone.

I certainly wouldn't describe my own work as New Weird but neither would I resist the term if it was applied to me. I like what it stands for, but I don't aspire to write New Weird. From my own perspective, I've always written fantasy or horror or a mixture of both. As a matter of fact, my story in The New Weird anthology is, to my mind, a derivation or variation of Sword and Sorcery, what I called Sword and Debauchery. What I wanted to do was replace the sorcery with metaphysics and add excessive amounts of sex and violence that took the story to over-saturation point and beyond.

You take part in a round robin story with, among others, Brian Evenson  – can you tell us a bit about that & the experience of working collaboratively

This came by way of invitation by young innovator Rand Burgess. He organised everything and made it very straightforward for us. He basically got Brian to write the first part which was then passed on to me. I wrote the second part, then passed it on to Ann K. Schwader, and so on it went.

There was no contact between the authors. All we had to go by was what came to us from the preceding author, with Brian Evenson kicking things off as only he can.

It was actually a very invigorating experience. There was a feeling, for me, of not wanting to let the team down and to make a contribution that linked well with the preceding scene and provided enough threads for the following author to latch onto and exploit fully, which certainly happened in my case.

You are working on a project entitled - Native Scottish Clouds – A Manifesto for the Necessity of Observing Atmospheric Vapours, the Whys and Wherefores, and the Urgency of Considering Lightfall  - can you expand a little on this – what’s it all about?

My masterpiece in the making! This is a work in progress which, I think, will be of very little interest to anyone, unless they share my obsessions with certain meteorological phenomena.
This is a development of something I used to do when I was a teenager to try and improve my writing skills and use of language. I kept a journal, called "Weather Report", and what I did was write an entry every day describing the day's weather. I wouldn't write it in a scientific or literally descriptive way. I would write it in a way that would describe the weather in figurative or emotionally charged terms, trying to write it in a literary fashion, I suppose you could say.

It was really an attempt to engage the world - the natural world - in the same way that poetry does. To give a visionary account of the world's terrors and splendours as they occur on a day to day basis, often without us even noticing. I don't think Native Scottish Clouds will ever become a complete work - certainly not one that people would want to read. I think it remains a kind of aspiration that I'll never fulfil. The more I pursue it, the further away it will move from me. But it provides me with practice, which is something that writing requires as matter of course.

You also produce music, can you tell us a bit about that? Are music and fiction, as well as poetry, fundamentally interconnected in your life?

Yes, totally interconnected. Amalgamated, really. Much of my writing has consisted of song lyrics, and still does. I've always been involved in music, playing in 4/5 piece bands when I was younger, as a drummer then a guitarist. But what has endured, since I was very young, is a collaboration with one of my oldest and best friends which has now started to rising to the surface as something more visible - namely, Mongaliech. 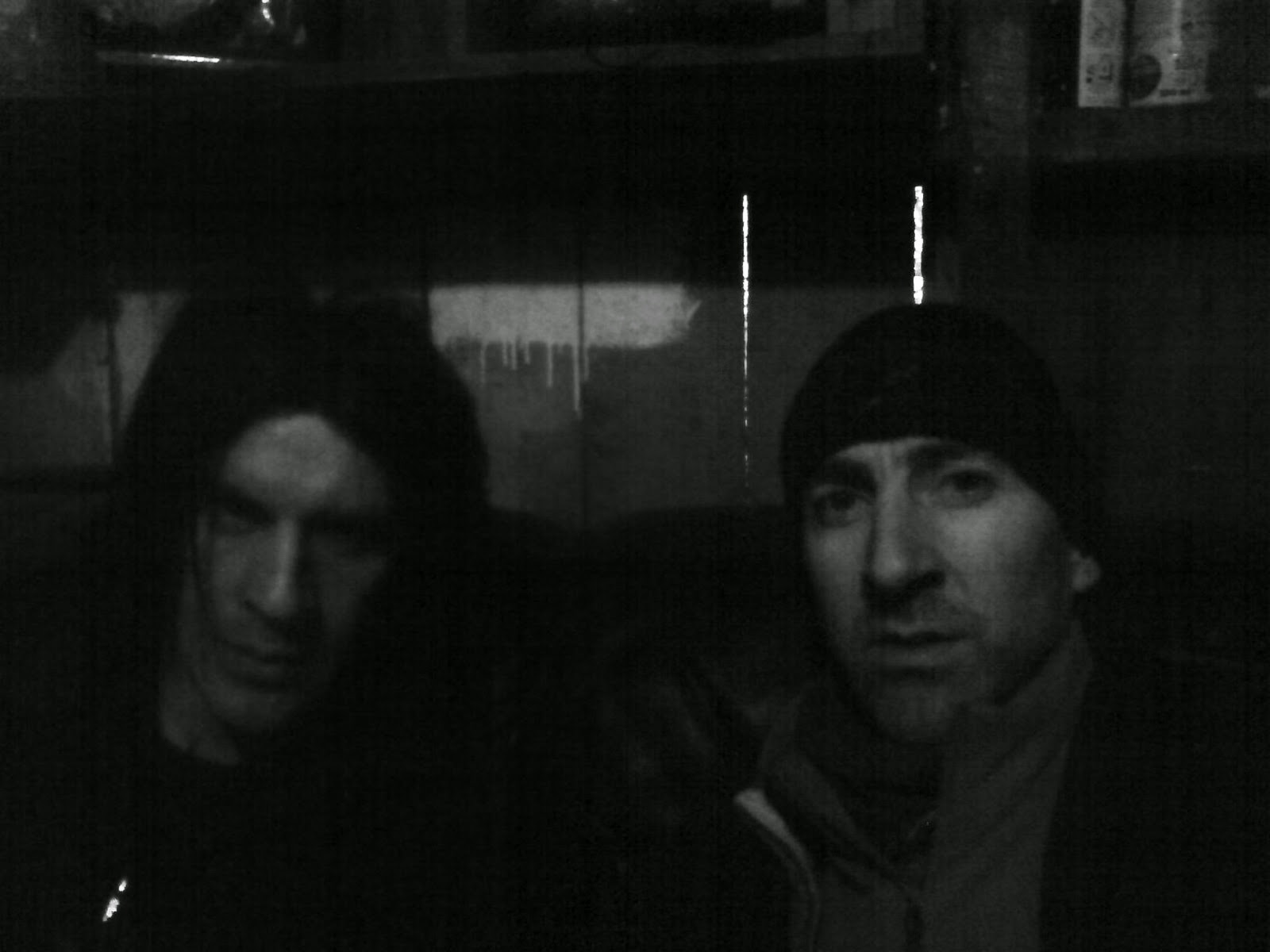 Mongaliech itself is a sort of semi-fictional rendering of the part of the world we grew up in (around the foothills of the Cairngorms). Mongaliech is populated by a variety of characters of savage inclination who are representative of the natural settings. We've built a personal mythology around this over time which, for us, has become very real - and the music is an extension of this.

I like all forms of fiction and can't say I prefer one over the other. I actually, genuinely, don't think about story length when I'm reading. All that matters to me is the story itself and the impact of the words on my relevant thought departments. Novels, I would think, probably tend to engage me more than shorter forms. But there are too many exceptions to the rule to make that stick.

Pride is not a term I'd use to describe how I feel about anything I've written, to be honest. I think many writers have a feeling of never being satisfied with a piece of work, no matter where it's been published or how successful it's been. The experience of being in The New Weird anthology felt very humbling because of who's in there. The first book I ever bought with my own money was Michael Moorcock's The Quest for Tanelorn, so to find myself alongside him in an anthology was very special for me. But it's humbling more than anything else. In saying that, I was excessively proud of getting a poem published in the legendary Mythic Delirium. I don't know why that was. I think it was simply because poetry is an area of writing where it's extremely difficult to succeed, so I allowed myself an unseemly indulgence for that one. 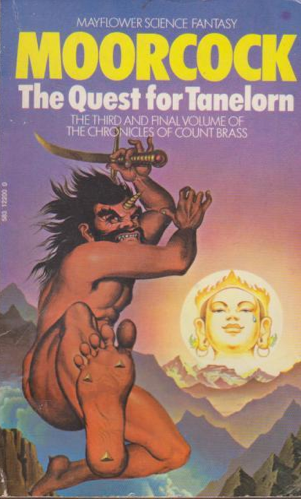 In one sentence what is your best piece of advice for new writers?
There are no rules.
Posted by Unknown at 01:42