Today's guest is Andrew Goodman who is now onto his second series of books since we last spoke to him.

Hello, my name is Andrew and I write stories for young adults. It's been seventeen minutes since my last writing session.

Actually, I'm not only a writer of novels but also short stories and short- & feature-length screenplays – I was a semi-finalist in the 2009 British Short Screenplay Competition and was commissioned to write a 90-minute feature in 2012 for SeeView Pictures.

Tiberius Found and Tiberius Bound wee my first novels published in paperback and ebook formats, and are the initial two books book of a three-part series: The Emperor Initiative, with final subsequent instalment to be released in 2015. October 2014 will also see the release of my first “Oliver Drummond” supernatural adventure novels set in the 1920s: Oliver Drummond and The Four Horsemen, which sees schoolboy Oliver ‘Bulldog’ Drummond pitting his wits against occult groups, ghosts, murderers and traitors who want to gain control over the horseshoes from the Four Horsemen of the Apocalypse.

You can read my Blog here.

I write action/adventure novels for the Young Adult market, although it seems that most of my readership passed through the target demographic of 12-18 many years ago! My first two books are parts one and two in a three-part series called The Emperor Initiative which sees a 16-year-old boy on the run from a group of scientists who want to finish the job they started when he was born.
The series is set in the near future (2028) and follows Daniel Henstock as he discovers he’s been genetically engineered – assigned the codename Tiberius – and has to flee the country to save himself. He goes to America, intent on unearthing the truth about his origins, but only succeeds in putting more people in danger. The Initiative, however, don’t easily give up and he decides to take the fight to them when they abduct and threaten the life of the only person he knows he can trust.
The three books in the series – Tiberius Found, Tiberius Bound and Tiberius Crowned – see Daniel unsure of whom he can trust, learning skills and abilities he never thought possible, suffer terrible hurt and loss, fall in love, and come face-to-face with the person at the top of the food chain responsible for his origins. Bit of a roller coaster, for the young man. 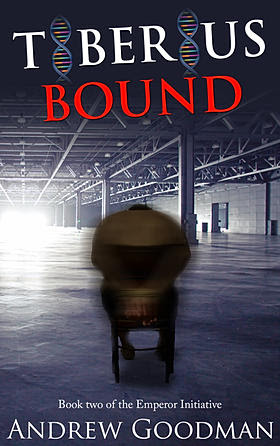 My latest book – Oliver Drummond and The Four Horsemen – is a period adventure, set in 1926, and follows schoolboy Oliver ‘Bulldog’ Drummond as he becomes involved in the mysterious death of a government scientist. He quickly learns that all is not as it seems. The discovery of three horseshoes from The Four Horsemen of the Apocalypse leads to a race to unearth the final artifact, and Oliver is determined to not let them fall into the wrong hands. If he fails then the Horsemen will be unleashed upon the world and under the control of a man hell-bent on dominion.
He comes face-to-face with ghosts, traitors, murderers and people who have no qualms to kill and torture to fulfill their ambitions. Not to mention meeting the Horsemen themselves. And those strange feelings he has for a girl, in the pit of his stomach, doesn’t help matters…
The novel is the first in a planned series of ‘Oliver Drummond’ adventures with the next already well into the planning stage. 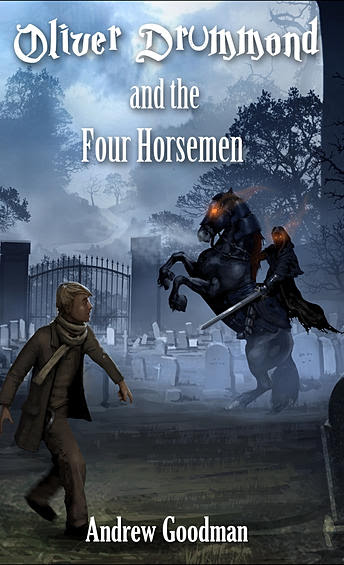 What did you learn about writing whilst writing the last book you wrote?
How much fun the lack of technology for my characters could be! When they’re in danger they can’t simply get on their mobile and summon help. I found the world of post-World War One a great time – Europe was still re-building even eight years after the War, and suspicion and intrigue was rife. Science was still in its infancy and it was a time of discovery and doubt. Great elements for a supernatural adventure!

Do you have a set writing process, if so what is it?
I like to spend a lot of time planning and blocking a story out. I know that this process doesn’t work for everyone but I find the blocks as stepping-stones that help keep me on track. That doesn’t mean I have to follow them rigidly if I think of something better during the writing process.
When I’m in the writing stage, I write. At any time available. Once the first draft is finished I leave it for a few weeks before moving onto the editing stages and do however many edits I feel necessary to make it as good as it can be. If, at that point, I’m engaging a professional editor then I’d send it off and await for the shredding to begin…
Once I've got the finished work, I format into eBook and print versions, get the artwork sorted through third parties, and get ready for publication. Simple.

Do you write a lot of short stories?
I used to. I think it was part of the learning process, of how to write stories. A novel can be quite a daunting thought but a few thousand words are much more achievable for a person starting to write. That’s not to say short stories are an easy option, often the opposite is true. You have far fewer words to bring a convincing story to a satisfactory conclusion that means you can’t have any fat.

Do you prefer the long or short form? How do you feel about Flash Fiction?
I prefer writing novels, these days. Although, if the mood takes me then a short story can keep the juices flowing nicely. Flash fiction is great! Love it. Very, very difficult to do well and there are even fewer words to play with. I was very happy in the summer to win the BeaconLit Writing Festival flash fiction competition, which had a 150-word limit.

Which character in your books do you most identify with and why?
I really like Miles Brennan (in the Tiberius novels) and James Burghley (Oliver’s uncle).
We’re never really sure if Brennan is someone who can be trusted and he’s keeping so many secrets that I’m not sure if he even knows the answer! In my dream film cast list I’d have Gerard Butler play him. Anyone know Gerard who can suggest this?
James Burghley is a man in his thirties who wants fun and adventure in his life, and who, too, has lots of secrets. He’s quite laid back, with a quirky sense of humour, but when the situation demands is prepared to stand up and be counted 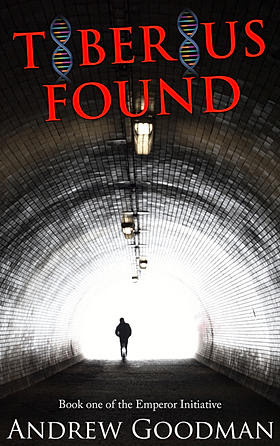 Which bit of your writing are you most proud of?
I like to include a touch of humour to my writing, but without making it too obvious. I love it when a situation creates itself and a punch-line or quip neatly presents itself.
However, the first time I saw one of my books in print format was amazing. An eBook is ok, but holding that paperback the first time was a special moment.

I decided to follow my usual route of Amazon self-publishing with ‘Oliver…’ although I have submitted it to a few agents just to see what the waters are like. I used the Kindle Direct Publishing platform (for the eBook version) and its sister company CreateSpace (for the print/paperback version), as I did for for my other previous novels, and find the process quick and easy to follow.

There are a number of idiosyncrasies specific to each of the above publishing platforms but I've got through the growling-at-the-computer-screen phase and know what I need to do now, to make the job as quick and easy as it can be.

The world of publishing is still changing, and will continue to do so for a while yet, and there is no shame in self-publishing these days, as long as your work is of the highest possible standard.

In one sentence what is your best piece of advice for new writers?
Keep reading, keep writing, be open to constructive criticism and develop a very, very thick skin.
Don’t be too precious about your work, and don’t be afraid to ask for help.


OK, So not quite one sentence…

Andrew has very kindly provided three copies of the latest book - Oliver Drummond and the Four Horsemen as a give away (ebook, any format). All you need to enter is to name the four Horsemen in the comments below! Names will be drawn from a hat in two weeks time.
Posted by Unknown at 06:19