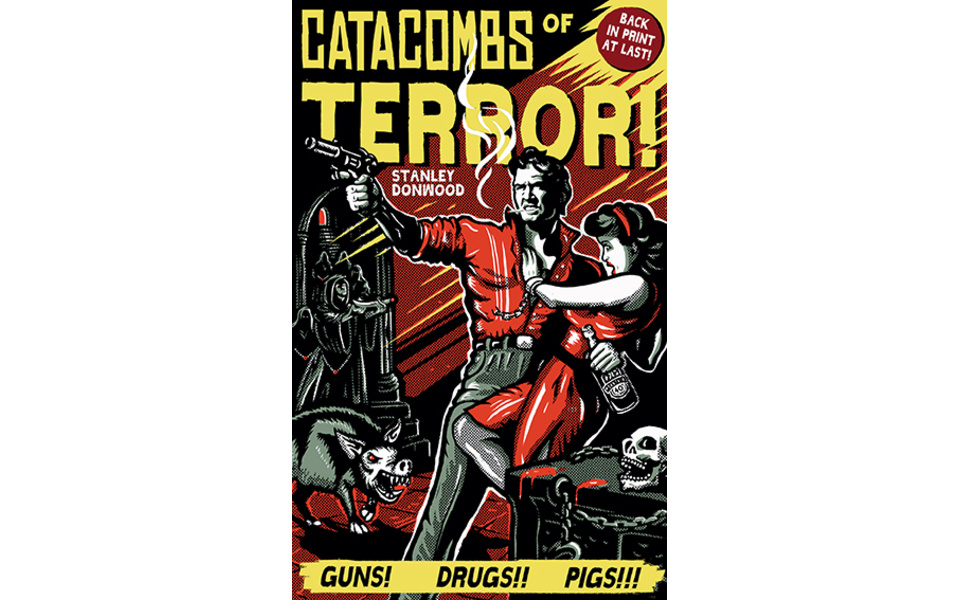 Today Richard Jones, from Tangent Books has dropped by to talk about Crowdfunding.


Take a look at his Fundsurfer page here


I wonder how many friendships have been broken and maybe even relationships ended by crowdfunding.

You see, a crowdfunding campaign isn’t all about raising money, it’s mainly about trust and expectations. You trust that certain friends, family and colleagues will support you. You expect them to do so because you sponsored their kid for a fiver or donated to a charity when they asked you.

When those people don’t respond to your crowdfunding campaign, it’s all too easy to take it personally. Although with some people it’s actually quite cathartic – deep down you always thought they were a tosser and their lack of support confirms this.

But sometimes it’s hurtful. People you like and respect, shun, spurn and avoid you. Why?

Before I started a campaign to fund the reprint of Stanley Donwood’s lost ‘classic’ Catacombs of Terror! I was warned that the above scenario is common to everybody who takes the crowdfunding route.

The solution is twofold.

So, I compiled 20 lists of 10 people (to reduce chances of emails going in spam folder) and emailed the same general message. It asked for their support, pointed out that many people who said they would back the campaign also asked to be reminded, and gave them the option to be removed from the list if they were not interested.

Five people said they didn’t want to contribute, about 20 contributed, another 10 asked to be reminded closer to the deadline. Some of these were people whose campaigns I have personally backed.

Great. We hit 10 per cent of our funding and had about 150 people who wanted reminding. So I was fairly confident that the next email would get a decent response. Instead we got zilch, nada, zero from that mail out, although we did get some pledges from people we don’t know.

So what next? Well it’s time to get personal and invoke solution 2 (above). I’ll now email people individually and specifically ask them to pledge and to share the links on Facebook, Twitter etc. It’s not a question of harassing people, I just need to know whether they intend to support the project. If they don’t want to I can concentrate on finding new people who are interested in the book. And of course, I will never help those who rejected me or members of their family in any way, ever again (joke).

But the really important thing is to look at the big picture. Crowdfunding is vital for radical, independent publishers such as Tangent Books. It’s a way of communicating with a global network who share Tangent’s values.

I’ve worked in publishing all my adult life, as a newspaper journalist and sub-editor, magazine editor and book publisher. I see my role as disseminating information and I’m really not too bothered whether that’s in print or digitally. For me, the message is of primary importance, the format is of secondary consideration.

Crowdfunding offers a radical solution to a retail industry that has centralised (Waterstones) and globalised (Amazon). Let me tell you, there is no pleasure in dealing with Waterstones while Amazon represents some of the things I hate in life – it ruthlessly exploits people, it is greedy, it gives nothing back. It’s also essential for publishers.

So crowdfunding offers an alternative to the all this. Sure, it’s frustrating, yes you feel let down by people you thought would behave better and of course, you’re overwhelmed by the generosity of many people.

Supporting my crowdfunding campaign is a political act. It’s a bit like buying Fairtrade products. You can choose to support independent publishers and authors or you can fuel the greed of Amazon.

And look, I haven’t even told you anything about the project. Go look for yourself. Share the link, make a pledge, the book is going to be gorgeous. And if you know anything about collecting books, check out the signed copies of the original edition. They could be worth a few bob in years to come.

Back in 2012, before starting this blog, I reviewed Stanley Donwood's Household Worms on Amazon - I gave it 5 stars. Bristol Book Blog thinks you should go and fund this project, because we want to read the book & expect it to be on the list of "Year's Brilliant Reads"
Posted by Unknown at 01:21