Interview with A A Abbott 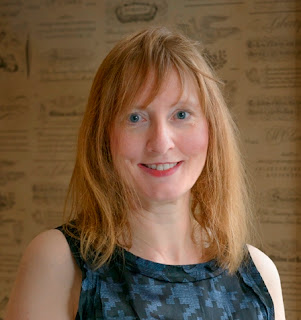 AA Abbott decided Bristol was a fun place to lose a bit of time, and to her surprise, has ended up living there for 10 years in a house that looks like an iced cake. Also known as Helen, she does temporary work, usually for enormous corporations. Sharply observed office politics occasionally slips into her colourful crime thrillers. New book, The Bride's Trail, features the City of London and an intriguing secret about Britain's second city, Birmingham - there's an extensive network of Cold War tunnels beneath the heart of the city...

BRSBKBLOG asked her all the usual questions...

For lots of freebies, including "5 minute crime thriller", The Gap - http://aaabbott.co.uk/free-stuff

Books: The Bride's Trail, After The Interview and Up In Smoke 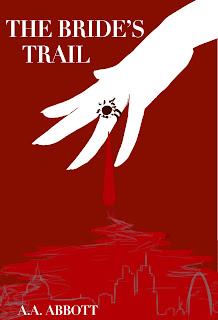 Tell us a little bit about your books

They're fast-paced crime thrillers, laced with suspense - readers love the ending, but they never guess what it is. The latest, The Bride's Trail. features a glamorous croupier who marries illegal immigrants for money. When she suddenly vanishes, her friends discover they're not the only ones looking for her - a killer's on her trail too. Who will find her first? There's a nail-biting finish!

You live in Bristol, does it feature in your books?

My full length crime thrillers are set in London and Birmingham, but Bristol doesn't miss out. I've written plenty of short stories about the city, including this chiller posted on YouTube under my real name: https://youtu.be/A82OPb4S38c

You've said you find offices fascinating - why is that?

Offices are like villages - buzzing with gossip and random people thrown together by fate. It's easy to imagine murder, fraud and espionage behind closed doors. My second thriller, After The Interview, was (surprise, surprise) about the aftermath of a bad interview - I bet lots of folk identify with that! 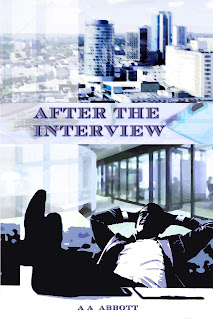 I've seen you tweeting about #TheCultureHour - what's that all about?

Twitter is my guilty pleasure - it's great for networking, news and sheer inspiration. #TheCultureHour runs every Wednesday night from 7.30pm to 8.30pm, and it's basically a chat about art, books, film and music. Anyone can join in - just use the hashtag #TheCultureHour. I'm addicted to it.

What inspired you to write thrillers?

I love reading them. I've always adored Ruth Rendell's darker suspense novels like The Tree of Hands. Kate Atkinson, too, shows sparks flying as dysfunctional characters interact. Finally, I adore that 80s blockbuster feel - a fast-moving plot, with lots of action. I knew I'd nailed it when After The Interview was described as "the literary equivalent of a Guy Ritchie film"! 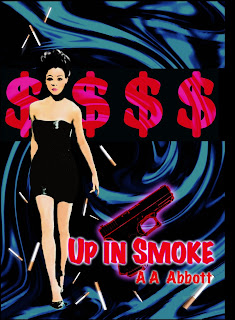 Definitely new crime thriller, The Bride's Trail. It's my best yet.

Alicia, in Up In Smoke. She's young, she's smart, she gets what she wants and she has fun!

Yes, I've had short stories published in several collections, and there are a few available to read on my website, including "5 minute crime thriller" The Gap. That's at http://aaabbott.co.uk/free-stuff. Sign up for my newsletters there and I'll send you an e-book of short stories, Something In The City.

"What's the secret of your success?" Believe it or not, it's having a great team to support me. Four people stand head and shoulders above the rest. They're Suzanna Stanbury, who chairs the Bristol Fiction Writers' Group, and three amazing dynamos in Birmingham: editor Katharine D'Souza, PR Donna Marie Finn and Twitter guru David W Massey.

Join a writing group - feedback is your best friend.

Many thanks to AA Abbott (Helen) for the interesting answers!
Posted by Unknown at 06:07