On saturday I was in Forbidden Planet Bristol luanching the Airship Shape and Bristol fashion Anthology. Great fun, nice to see all the authors in one place (apart from two honourable exceptions) and lots of cramped wrists and backs as we signed a ton of books. 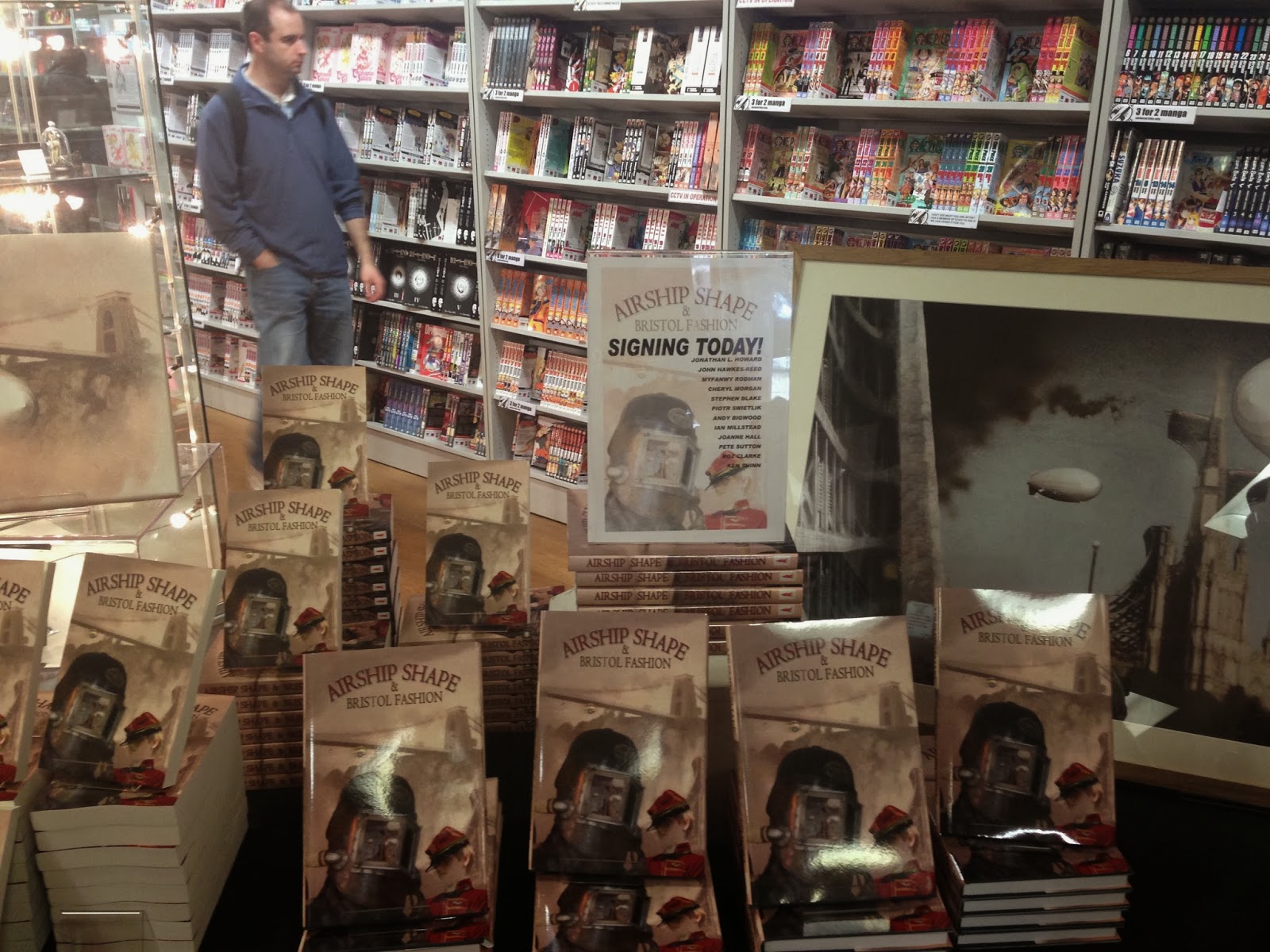 There was this great display. Andy Bigwood deserves some thanks for creating the art on display (and the cover). 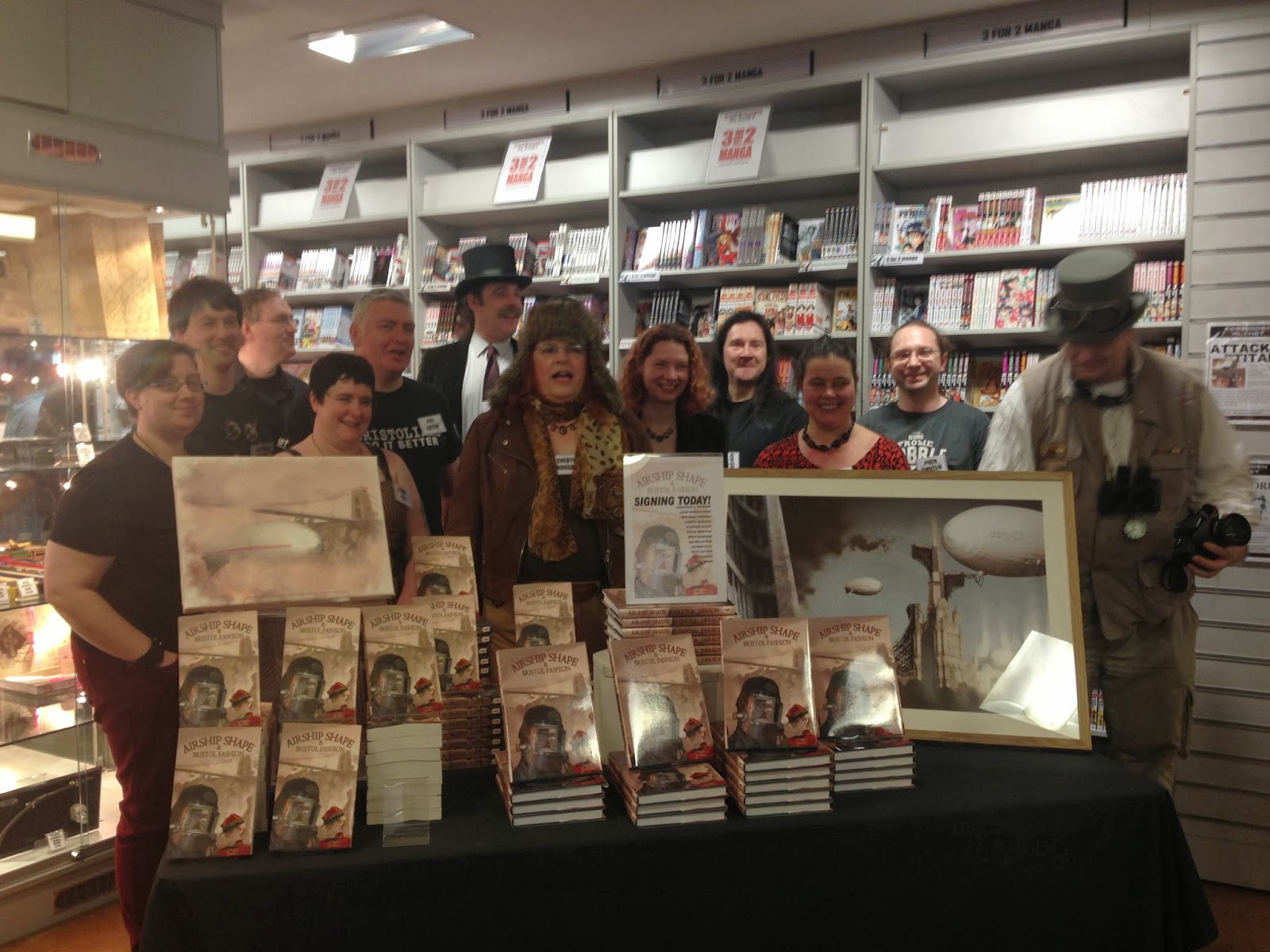 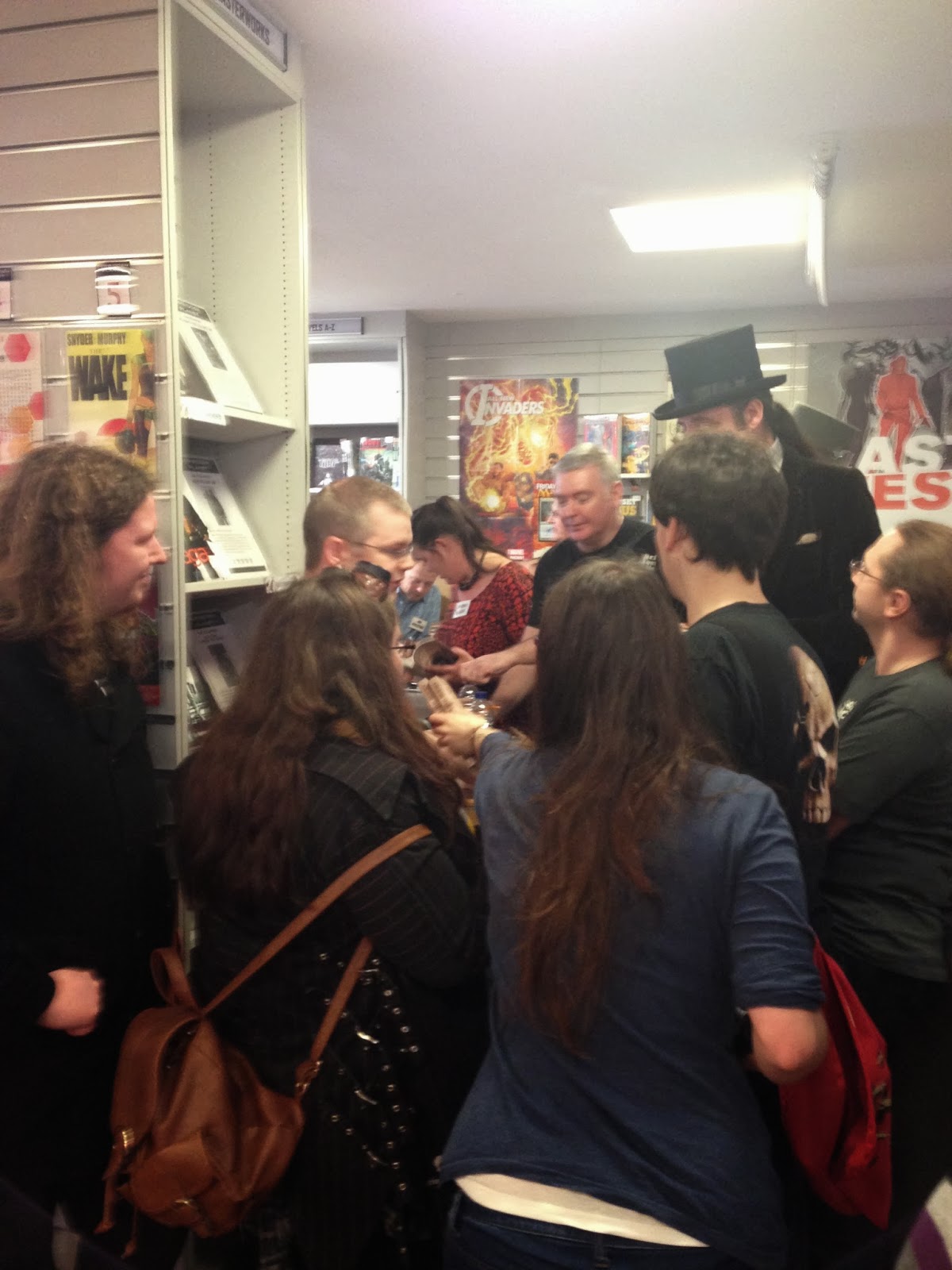 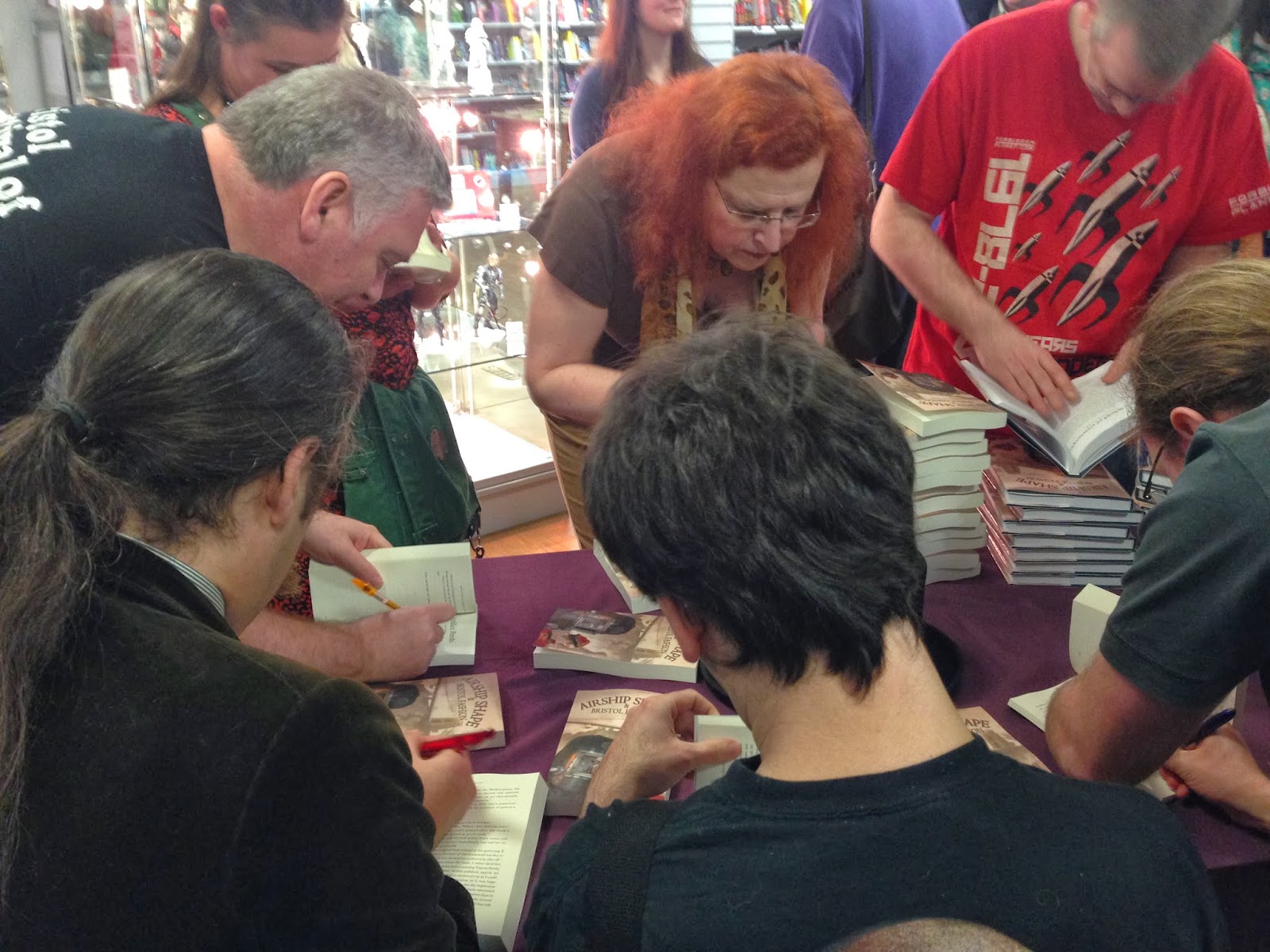 All in all a fun day.

Forbidden Planet have a load of signed books & I'm told they'll be making their way around the country to other FP's too.

Don't forget that the first lines competition is still open where you can win a signed HB copy & Gin!