Sara Jayne Townsend is a UK-based writer of crime and horror.  She was born in Cheshire in 1969, but spent most of the 1980s living in Canada after her family emigrated there.  She now lives in Surrey with two cats and her guitarist husband Chris.

She decided she was going to be a published novelist when she was 10 years old and finished her first novel a year later.  It took 30 years of submitting, however, to fulfil that dream.

Learn more about Sara and her writing by visiting her website at http://sarajaynetownsend.weebly.com or her blog at http://sayssara.wordpress.com. 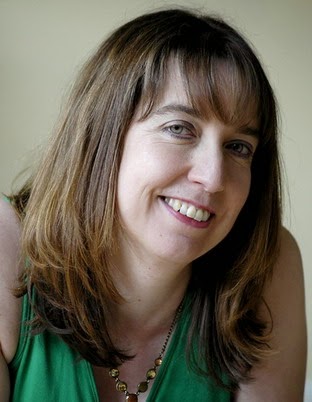 Tell us a little about the book

DEATH SCENE is the first in a series about Canadian actress and amateur sleuth Shara Summers.  In this first book she comes to England to be with her family, because her sister is suffering from a mysterious illness.  Then an elderly aunt is found dead at the bottom of the stairs, and Shara begins to suspect it wasn’t an accident.  She begins to poke about in family closets, and uncovers a few skeletons.  DEATH SCENE is being launched as a re-release from MuseItUp Publishing in the summer.

This is book #1 in a series, do you have the whole series planned out?

The second book, DEAD COOL, is being released by MuseItUp in Autumn.  The third book has a plot outline and the beginnings of a first draft, and I have notes about future books in the series.  I was a little reluctant to carry on writing more books in the series in case the first two didn’t sell.  But since signing contracts for both of the first two books with MuseItUp, I’m feeling inspired to carry on with the series.

What made you choose an amateur sleuth?

You also write horror, has that influenced this book?

Ultimately the common theme between horror and crime is that they both feature death.  In my crime novels the murderer is human – in my horror stories they often aren’t.  When I think of a plot I decide early on whether the story is going to contain any supernatural elements.  If not, then it is likely to be written as a crime story.

Which writers would you say influenced you most whilst writing this book?

I’m a huge fan of Sara Paretsky’s V I Warshawski series.  I was aspiring to create a character like V I.  I don’t think I actually succeeded –because I am not Sara Paretsky – but V I certainly inspired me to create an intrepid lady sleuth, and quite often when I was writing Shara into a tricky situation I found myself thinking, “what would V I do?”

If you could be a character from the book who would you be and why?

I would like to be Shara Summers.  She’s a lot more reckless, a lot more fearless and rather braver than I could ever be.

The fact that it’s out there.  I was reading crime fiction for many years before I tried writing it, and that was mostly because I didn’t think I’d be any good at it.  I thought writing a crime novel that gripped the reader and wove clues into the narrative required skills I did not possess.  It took me quite a long time to gain the courage to start writing a mystery series.  And then when it was written, I didn’t think that it was good enough to be published.  Sometimes a writer can be her own worst critic.

I’m a writer with a day job, and I’ve learned to be rather disciplined about my writing process, or else I never get any writing done.  Whenever I start a new novel, before I begin work on chapter one I spend time writing a plot outline, and then dividing that into a chapter plan, breaking up the plot into a summary of what happens in each chapter.  That might sound a bit anal to some, but I’ve learned the hard way that this is what has to happen with me.  I’ve got too many unfinished manuscripts languishing in drawers that I gave up on halfway through because I couldn’t decide what happened next.

The chapter plan means when I sit down for a writing session I know what happens next.  Often the chapter develops in a somewhat unexpected way, and I don’t have an issue with that, but if I know the basic story arc and character development, it means I’m less likely to get ‘stuck’.

I fit most of my writing in before work, getting up at 5:30am to spend an hour in a coffee shop writing before going to the office.  I never thought I was a morning person, but it seems that early mornings are my most productive time.  I get far more done in that hour than I do if I write any other time of the day.

What did you learn about writing whilst writing the book?

When writing DEATH SCENE I learned quite a lot about how to poison someone – and indeed how easy it is to poison someone and get away with it, as poison is hard to detect unless a doctor knows what specifically to test for.  I was going to fall back on the old classics arsenic or cyanide, but I got advice from a doctor friend and she told me that these two substances are very hard to come by these days.  It was she that persuaded me to use the poison that appears in the book.

Never give up submitting, no matter how many rejections you have to acquire.