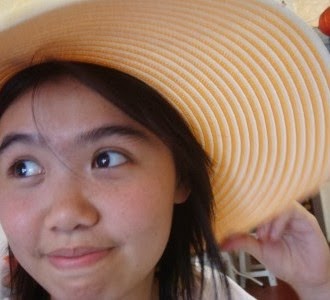 ZenCho is a Malaysian writer of


fantasy and romance whose short fiction has been published in the US,


UK, Singapore, Australia and Malaysia. She was nominated for the John


W. Campbell Award for Best New Writer in 2013. She lives in London.

Thanks very much for agreeing to be interviewed!

Thanks for interviewing me!

I first met you at 9 worlds where you read a retelling of the Monkey legend. Is myth and legend a big influence on your writing?
I think every Chinese fantasist has to do a story about the Monkey King, it's like the rule. (Like how every female Chinese SF writer has to do a story with the Moon Goddess Chang  in it, it's the rule.)
More seriously, as a writer I like playing with and exploring tropes,and if you think about it myths, legends and folktales are really just tropes on a different level -- memes that are embedded in our collective consciousnesses. So the answer is yes, though I don't really see it as being any different from writing about fairies and vampires and the like.
Talking of Cons are you going to be at any this year appearing on panels?


I have bought my memberships for Nine Worlds and Loncon 3 in London. I'm also hoping to attend the Cooler Lumpur Festival a multidisciplinary festival of art and culture in Kuala Lumpur, which I am super excited about. Of course you and I have also been chatting about the Bristol Festival of Literature and BristolCon, so I'll probably be going to those. But I haven't yet confirmed if I'll be doing anything other than hanging out at any of these events.
For anyone that hasn't read any of your stories (and they can do so here:http://zencho.org/stories/) how would you describe your work?
I mainly write Malaysian SFF, though sometimes I indulge in historical romance. My stories are mostly about strong-minded women dealing with fantastical creatures and/or situations. I like writing earnest girls and incorrigible old women.
What attracts you to writing genre stories?
As I said earlier, I like playing with tropes. One of the things I like about writing genre (by which I mean not just SFF, but e.g. romance) is that because there is a body of work many readers will be
familiar with, and because you are writing within a relatively small community in continuing conversation with itself, there are a lot of common tropes that readers will recognise and that you can build on and subvert.
Who are the authors that have had the biggest influence on you?
Terry Pratchett, P.G. Wodehouse, Susanna Clarke, Diana Wynne Jones, Edith Nesbit, Jane Austen, Georgette Heyer, Patrick O'Brian, Amitav Ghosh, L. M. Montgomery. The writer I'd like to be is probably a combination of Edith Nesbit and Pankaj Mishra, as outlandish as that might sound!
What are you currently working on (apart from this interview of course)
I've been working on a Regency fantasy novel for a while now. I'm also working on and off on a space opera version of Charlotte Bronte's Villette, set in a world inspired by the early kingdoms of maritime Southeast Asia. It's meant to be a novella, but it's getting kind of long ....
Which do you prefer, short or long form and why?
Long form, probably. I find short form easier to do (or at least quicker!), but the things I'm really interested in as a writer, character and setting, are things that are probably better explored
within the scope of a novel.
I very much like your quick & dirty guide to selling SFF shorts (http://zencho.org/how-to-sell-sff-short-stories/) - what do you think is the most important lesson you've learned about selling stories?
Thanks! The most important lesson I've learned is that you just have to keep writing and hoping some of it will stick. Managing your feelings so you can keep producing work is probably the best way to set yourself up for a long and fruitful writing career. (Though I have only just started, so ask me in 20 years whether that's actually correct!)
Do you have a set writing process? If so what is it?
Kind of! I get home from work, procrastinate all evening, then hastily bash out some words right before bedtime. I do this six days a week. In the weekends I procrastinate all day instead of all evening.
In one sentence what is your best piece of advice for new writers?
There are lots of different ways of being a writer and everyone's voice is needed, so keep writing.