Bristol Festival of Literature - the story so far

What a manic few days. The festival is in full swing and there are still 7 events to go over the next 6 days.

Last Wednesday I was interviewed by Cheryl Morgan  for Ujima radio which is probably still on the listen again function - it's the Women's Outlook hour & I'm on towards the end of the show.

Friday there were three events - a workshop hosted by Moniack Mhor which I was unable to attend as it was in work hours.

The Creating Comics panel event at Waterstones hosted by Cheryl Morgan and featuring Mike Carey, Paul Cornell, Cavan Scott & Jess Bradley. I was especially excited to meet Jess  as my favourite squid t-shirt was designed by her. It was a very interesting chat and the differences between the panelists versus the similarities (big publishing houses versus small, kids versus adults etc) sparked lots of discussion.

Cheryl has a write up here:

The final event of the evening was Word Karaoke - sadly couldn't make it as was at the Creating Comics event but by all accounts it was great fun. Nick Rawlinson's Performance Masterclass, the traditional warm up for the Word Karaoke, shouldn't be missed! 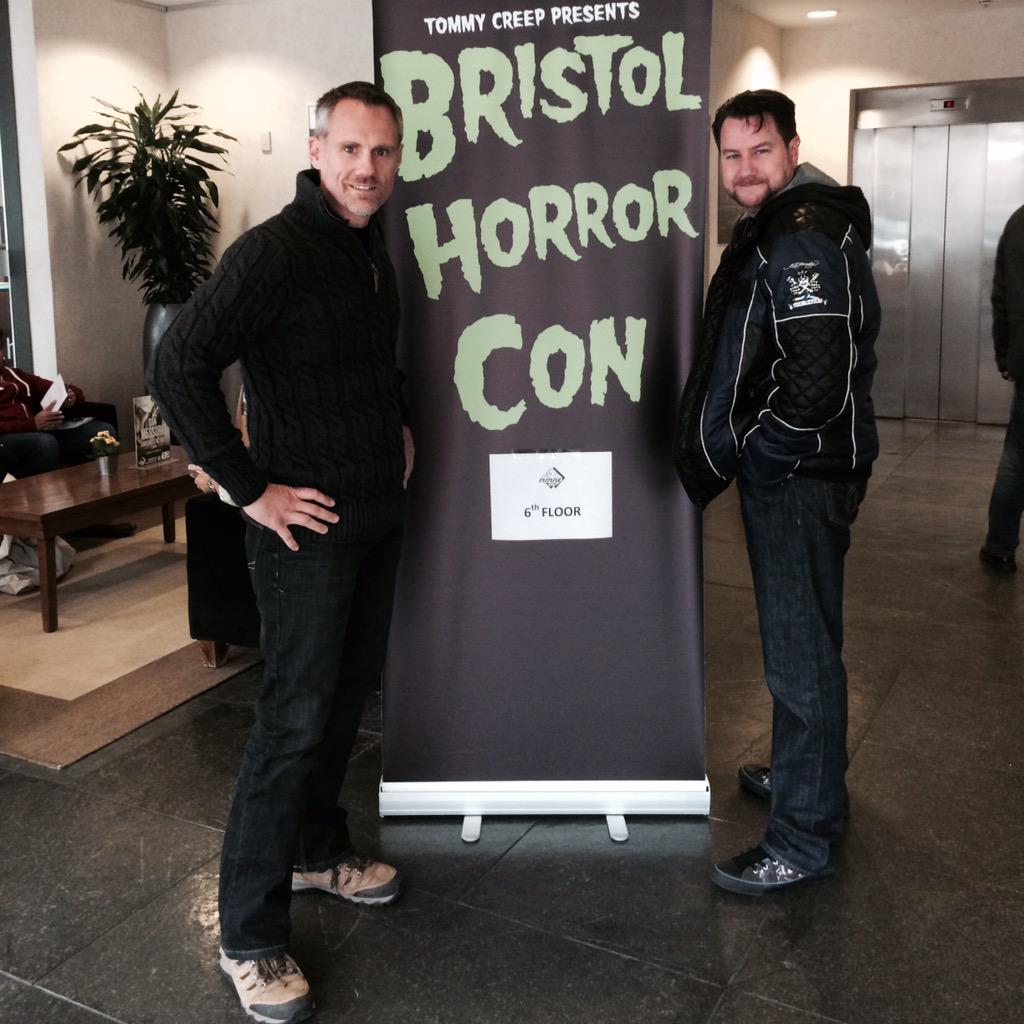 (Thanks to Tommy for the photo)

I was running the first panel of the day with guests - Mike Carey, Jonathan L Howard, Sara Jayne Townsend and Rosie Sharrat - we talked about monstrous fiction, zombies, scary stories, psychological and cosmic horror and zombies.

At the end of the panel we got to announce the winners of our horror writing competition:

Also during Saturday was the Book Bazaar, but I didn't attend - the festival had a load of local writers and publishers together in the Lab Space on Bristol Harbourside. I was at the same event on the Sunday & the mix of talks and book buying opportunities was very nice.

Sunday may have been a day of rest but I was up early again and down to the Harbourside to man a table for the Book Bazaar. It was a pretty quiet day but the talks, about the business of selling books, were all very interesting. I thought Ken Elkes's talk on book publicity especially interesting.

There was a Haiku expert on hand to teach you all about Haiku's and it was a nice space with a constant trickle of members of the public come to browse books.

Also on Sunday, which I had to sadly miss as was manning the book stall, was Tom Parker's Scroll & Stroll and the Stokes Croft Writers "For the Love of Reading" - if I come across any blogs about any of the events I've missed I'll link them here...

Tonight I'll be at the BristolCon Fringe where Jonathan L Howard & Jo Hall are reading from their new books.

Mor bloggage as the week progresses...