Bristol Festival of Literature - where you can find me 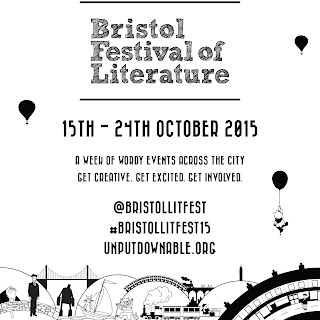 First up I'll be acting in "An Evening at the Fear Institute" four adaptations of Jonathan L Howard's Johannes Cabal stories. I adapted one of the stories and will be acting in two of them.

Then on Friday I'll be at Creating Comics with Mike Carey, Paul Cornell, Cavan Scott, Jessica Bradley and Cheryl Morgan

Following that I'll be at the BFL Launch party at the Watershed.

Sunday I'll be selling books at the Book Bazaar all day.

Monday I'll be at the Shakespeare Tavern for more Jonathan L Howard, and Jo Hall

Tuesday it's the Bristol Writers in the caves

Phew - a whirlwind of literary events! I'll need a holiday once it's all over!