David Thomas Moore is the commissioning editor over at Abaddon. We tracked him down to talk to him about the open subs process. Many thanks to him for the great answers!


At the beginning of the year Abaddon ran an Open Submissions Month, and they’re about to release three novellas by writers plucked from the (hundreds) of submissions they received.
The three novellas are Gods & Monsters: Rupert Wong, Cannibal Chef by Cassandra Khaw; Invaders From Beyond: Midnight In The Garden Centre Of Good And Evil by Colin Sinclair; and Tomes Of The Dead: The Lazarus Conundrum by Paul Starkey. 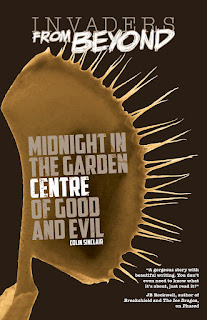 Were you surprised at the number of submissions?

Yes. We got 70 submissions, in the end, having got 89 last time (in 2012), and this one got a lot more attention on the social medias, so it’s a fair bit less than I expected. (This is actually not bad for novella submissions. Our peers in the industry will talk about subs piles in the hundreds, but that’s for novels; the dream for most new writers is a fat, rhino-choking epic novel, or three. A novella window tends to attract more pragmatic writers looking for concrete opportunities.) I think the big factor there is there’s more competition for novella submissions at the moment, with some of our esteemed rivals getting interested in the model. That said, the standard was much higher than last time (which brings me to your next question...).

Did the quality of the submissions meet or exceed your expectations?

Hugely exceeded! Anyone who’s worked with “slush,” as it is unglamorously known, will tell you that anything up to nine tenths of submissions rule themselves out in the first few lines: they’ve failed to follow the guidelines, or their plotlines are frankly incomprehensible, or they’ve just not developed their craft enough yet. My experience is 2012 was more or less along those lines; even being fairly generous, I knocked about two thirds of pitches out in the first pass. This time, the general quality was outstanding; my first pass only knocked out around a third of the subs. My best guess is our promotional efforts reached more serious contenders than hopefuls, people who have already been writing and submitting for a while and were looking for opportunities. Who knows? But, hard as it made the job, it was lovely to have such excellent material to work through.

Did you have a set number of titles in mind when you opened submissions?

At least two: one set in our existing worlds, one in a new world. The latter was more of an optional extra in 2012 (although we did find one – E. E. Richardson’s excellent Ritual Crime Unit), but I definitely wanted to bring a new series out this year to mark Abaddon’s ten-year anniversary. We picked three in the end!

Tell us a bit about the process of reading the slush pile - how many people were involved, how much time did it take?

Just me! It’s my name on the office door (or would be if I had an office), it’s my call, so ultimately I had to read them. It took maybe four weeks, around other duties.

I’ve already mentioned the first pass – the easy one, where I rule out the writers who’ve already ruled themselves out. I generally skim, I’m usually happy to make a decision in less than a page, I’m deliberately being fairly generous (putting edge cases back into the pile rather than discarding them). This process can cut anything up to nine tenths of a slush pile; in this case, I just about managed to cull a third.

The second pass was more of a double-check – e.g. I kept this submission in because I wanted to give it a fair go, but do I really think it has a chance? – and an opportunity to cut very similar proposals (obviously I’m not going to publish two different books about skateboarding Nazi lizards, so I might as well just keep the best skateboarding Nazi lizard pitch in and drop the others). It takes a bit longer. That cut another third.

The third pass was more hard-headed; they were all excellent pitches, but which ones did I really love? Which ones had more commercial viability? Which ones best reflected our ethos, or drove diversity? That trimmed me down to eight final pitches – four new world, four old world – and then we went to a sit-down meeting with the whole team, where I sold the pitches to my colleagues. 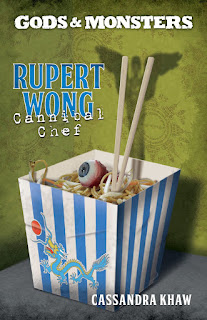 Where there many almost published submissions - ones that were almost there but not quite right?

Damn straight. The eight I took into the final pitch meeting with my colleagues weren’t everything; there were probably a dozen I’d have happily published, and another ten I’d have been willing to work with the author to bring up to scratch. Regrettably, I only have so much space on my publishing schedule. I tried to offer some sort of helpful feedback whenever I could.

A few were dropped for reasons unconnected to quality – I had an absolutely stunning superhero pitch (about “match-fixing” between heroes and villains to rig media coverage and sponsorship, one of my absolute favourites), but the bosses ruled it out on commercial grounds. Sounds crazy in the age of endless Avengers movies, but sales figures suggest superheroes struggle in prose. The frustrating thing there is I have to go back to the writer without any real notes to offer, since really the pitch was good!

Tell us a little about coming across the ones that will be published - what made them stand out?

Different things! Cass Khaw’s Rupert Wong, Cannibal Chef was brilliant all round, and I knew in the first pass that I’d be taking it to the pitch meeting. The biggest mark in her favour was voice; Gods & Monsters has a very specific tone – irascible, snarky, bleak – and she nailed it in the first few paragraphs. The setting, a decidedly mythic Kuala Lumpur, and the neurotic, unprincipled hero confirmed the choice.

Paul Starkey’s The Lazarus Conundrum got me with the concept. Tomes of the Dead trades on inverting and twisting the zombies genre – zombie love/murder triangle, zombie-revisionist history, zombies vs vampires (or ghosts) – and the concept behind Paul’s police procedural (someone doesn’t turn into a zombie, in a world where everyone does) fit the bill perfectly. The bizarre creativity of the nihilistic “zombarchists” and a totalitarian NHS clinched it.

Colin Sinclair’s Midnight in the Garden Centre of Good and Evil was my choice for a new series. Not, oddly, because it was particularly out there (I sort of expected to find myself picking something very strange), but because of the promise it showed; funny or subversive takes on the alien invasion oeuvre, a rich vein to mine. His slackers vs body snatchers outline, and the wonderfully hapless trust-funder hero, made that decision.

If they all had anything in common, it was a clear, strong outline. That “elevator pitch” thing? Can you sell me your book in 20 seconds? Try it. There have been great books that have eluded summary, but as a rule, the more easily you can sum up the book and hit me with it, the stronger the writing and outline will be. 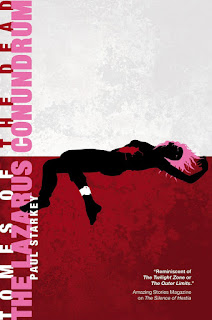 This is the first open subs for a while, will you do another?

Absolutely. I can’t commit to any given schedule – it’ll depend on time, on publishing commitments, on money – but both of the open subs months I’ve run have found some amazing talent. I’m thinking not less than a year from now?

What does it take to be an Abaddon author?

A hint of oddness? Abaddon’s a pulp imprint, of sorts, but a smart, twisted sort of pulp. We pick up popular tropes – zombies, steampunk, Robin Hood, space opera, military SF – and find ways to subvert them, to turn them over and give them a bit of a shake. A bit of puckishness is essential.

You have to love action, and have a good feel for writing it. I want smart books, but I also want explosions and fightin’. Your action sequences need to flow well, feel pacy and be easy to visualise.

And I guess you have to have a taste for the darker stuff. Violence and the grotesque feature pretty heavily in our books, even the non-horror. I don’t necessarily need you to make my stomach turn, but you’ll need to show me you’re comfortable hanging out in the shadows.

What makes a good novella?

Okay, seriously. A lot of the same rules apply as with short stories. When you have about a third the word count of a full novel, you have to make the words count. Plan out your story tightly, try to strike a balance between complexity and pace, and don’t waste time. Sketch your surroundings, show don’t tell, make your dialogue have a point. It doesn’t hurt to put a twist in the end, either.

Oh, jeez, one sentence? Take every opportunity, as long as no-one’s taking the mick.

If I can cheatily embellish on that: too many aspiring writers have a career trajectory planned, which almost certainly involves a six-book epic and a movie deal. Which is great; you gotta have dreams. But in the meantime, you can be writing for money right now – and honing your craft to boot – if you just keep your eyes open and take every opportunity as it comes. Two of my favourite authors to work with take enormous pride in having written, respectively, an unofficial Dawson’s Creek episode guide and My Little Pony tie-in books for money. Not because those were the best things they did, or the most successful, but because they took the gig, gave it their all, and delivered the best damn early-’nineties-TV-show-episode-guide and/or children’s picture book they could.